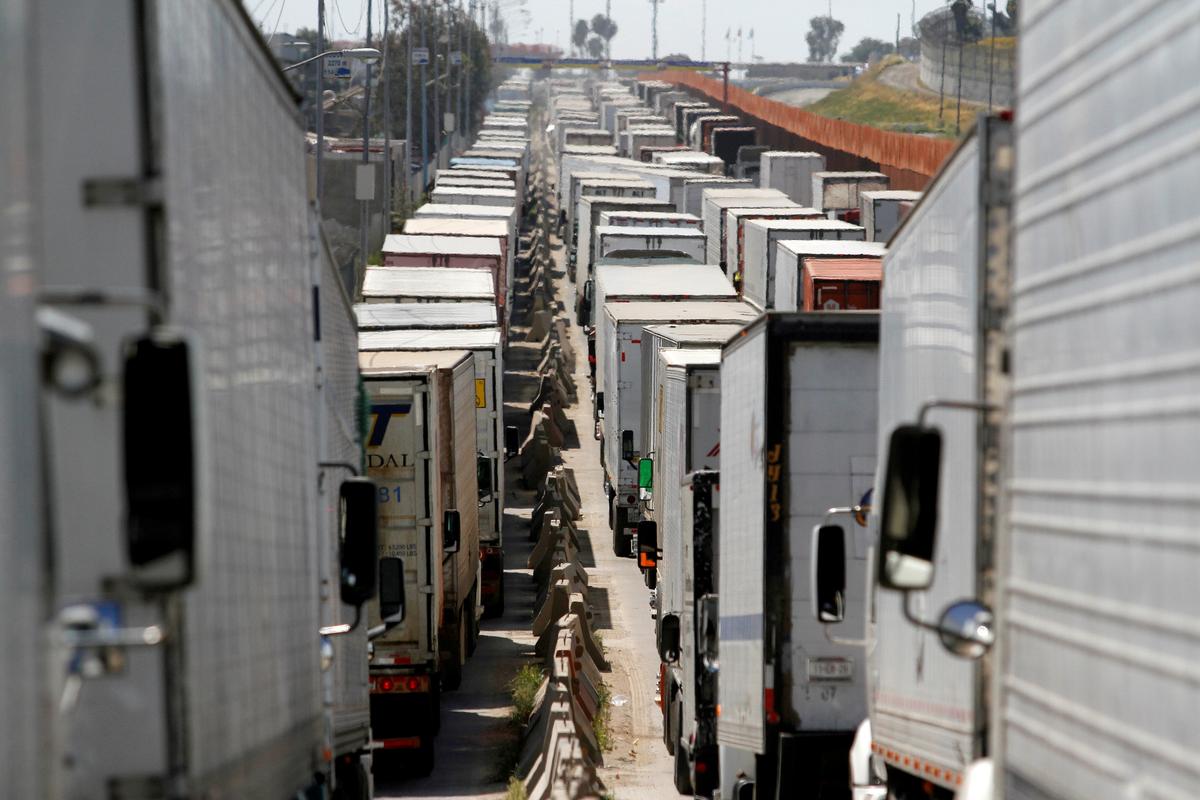 WASHINGTON (Reuters) – The Trump administration failed to do a cost-benefit analysis to assess air quality or take into account the impact on children’s health when it sought to eliminate pollution limits on heavy-duty trucks with rebuilt engines, according to a report from an EPA watchdog on Thursday.

FILE PHOTO: Trucks wait in a long queue for border customs control to cross into the U.S. at the Otay border crossing in Tijuana, Mexico April 2, 2019. REUTERS/Jorge Duenes

The Environmental Protection Agency’s Office of Inspector General also faulted the EPA for failing to keep adequate records of the discussions and said the White House Office of Management and Budget (OMB) impeded the inspector general and refused to turn over some requested information.

The vehicles known as “glider trucks” have a used engine, transmission and rear axle in a new chassis and cab assembly. Under rules finalized under former U.S. President Barack Obama in 2016, nearly all heavy-duty trucks must use more efficient, less polluting engines as the glider trucks would effectively be phased out by 2021. The glider trucks emit up to 450 times more diesel particulate matter and up to 43 times more smog-forming nitrogen oxides than new trucks, the EPA has said.

Then-EPA Administrator Scott Pruitt directed that the repeal rule be completed as “quickly as possible” and not to complete a cost and benefit analysis required for “economically significant” regulatory actions, the report said. EPA, which said the 2016 rules would result up to $14 billion in health benefits, has since listed the issue as “economically significantly” in regulatory documents.

Democratic Senators Tom Carper and Tom Udall said in a joint statement the report shows “Pruitt secretly orchestrated a legally and scientifically flawed process to undo protections against dirty glider trucks, a move that would undermine decades of clean air progress largely for the benefit of one politically connected company.”

EPA told the inspector general’s office it anticipated making a decision about whether it will move ahead with the repeal in 2020. The EPA told the office it is “committed to the transparency of the rulemaking process and believes that public input is critical to improving regulations,” but declined to comment further.

OMB spokesman Chase Jennings said it “does not release deliberative information from the interagency review process” and said it “provided appropriate information” to the inspector general.

The Environmental Defense Fund said the “EPA flagrantly and knowingly violated the law as it tried to ram through a loophole to allow more super-polluting ‘glider’ freight trucks onto America’s roads.”

The EPA previously said if gliders were allowed through 2025, they would make up 5% of freight trucks on the road but account for 33% of all nitrogen oxides and particulate matter emissions from the U.S. heavy truck fleet.