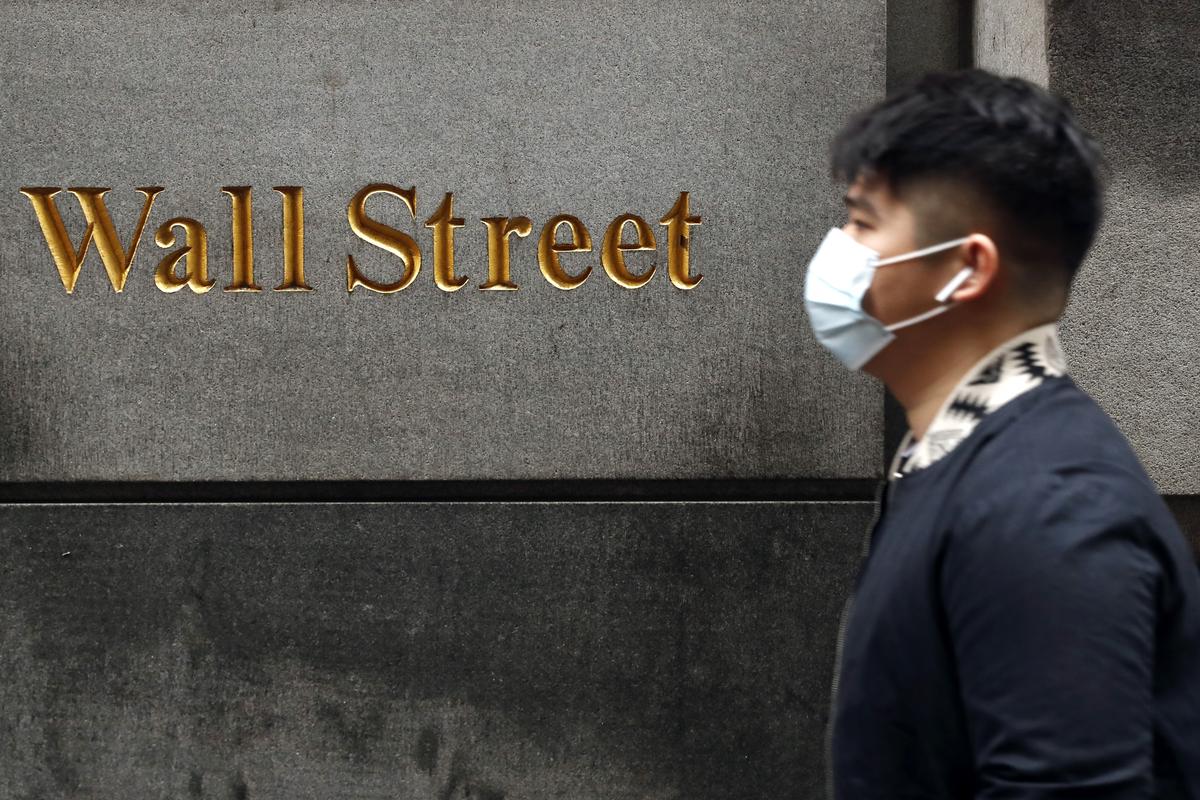 NEW YORK (Reuters) – Investors are parsing a broad range of signals, from infection counts to more traditional indicators, for clues on the trajectory markets may take in coming weeks as the pandemic caused by the novel coronavirus continues to spread.

Some point to signs that the worst of a vicious sell-off that took the S&P 500 down as much as 34% from its record closing high may be fading, though markets remain turbulent and far off their highs.

Volatility has eased from its March peaks. Fewer U.S. stocks are hitting new 52-week lows. Liquidity in fixed-income markets has improved, and credit spreads, while still wide, have come in from their March highs.

“Most of the damaging, indiscriminate selling was reached in mid-March,” said Keith Lerner, chief market strategist at Truist/SunTrust Advisory Services in Atlanta.

Economic indicators like employment data are only beginning to factor in the scale of economic damage wrought by the pandemic, leaving investors looking to various corners of the markets and information on the virus’ spread to gauge the direction asset prices are likely to take.

Investor sentiment, often seen as a contrarian indicator, is one signal pointing to an eventual turnaround in U.S. stocks. Bank of America Global Research’s Sell Side Indicator in March dropped to 54.9%. At that level or lower, U.S. stock returns over the following 12 months have been positive 94% of the time, the bank’s analysts wrote.

Some investors have also noticed parallels between the spread of COVID-19, the disease caused by the novel coronavirus, and movements in the Cboe Volatility Index , known as Wall Street’s fear gauge.

The VIX, which climbed to its highest levels since 2008 amid the market sell-off, has closely tracked the number of countries where the daily growth of coronavirus cases exceeds 10%, according to Jason Hunter, head of global fixed income and U.S. equity technical strategy at J.P. Morgan.

The index has fallen as the number of countries with a sharp rise in cases has abated.

“Any improvements in that trajectory have the potential to limit the severity of an equity index retest this spring,” Hunter wrote in a research note. “More importantly, how the outbreak story evolves over the summer and into the fall will likely dictate the overall duration and magnitude of the bear market.”

Tracking the number of U.S. states with 10% or higher daily growth in confirmed cases reveals a similar pattern, Hunter found. The index on Friday stood at 48.43, below its all-time closing high of 82.69 on Mar. 16.

For now, the overall numbers look grim. Confirmed U.S. cases surpassed 256,000 on Friday. More than 6,500 Americans have died, according to a Reuters tally of official data, and more than a quarter of those deaths have been in New York City.

(For an interactive graphic tracking the spread of the novel coronavirus in the United, click here: here)

That scale of market disruption has made some market participants more doubtful. Investors may be overly optimistic in their expectations for a sharp market rebound even if the number of U.S. coronavirus cases flatlines earlier than expected, said Nancy Perez, senior portfolio manager at Boston Private.