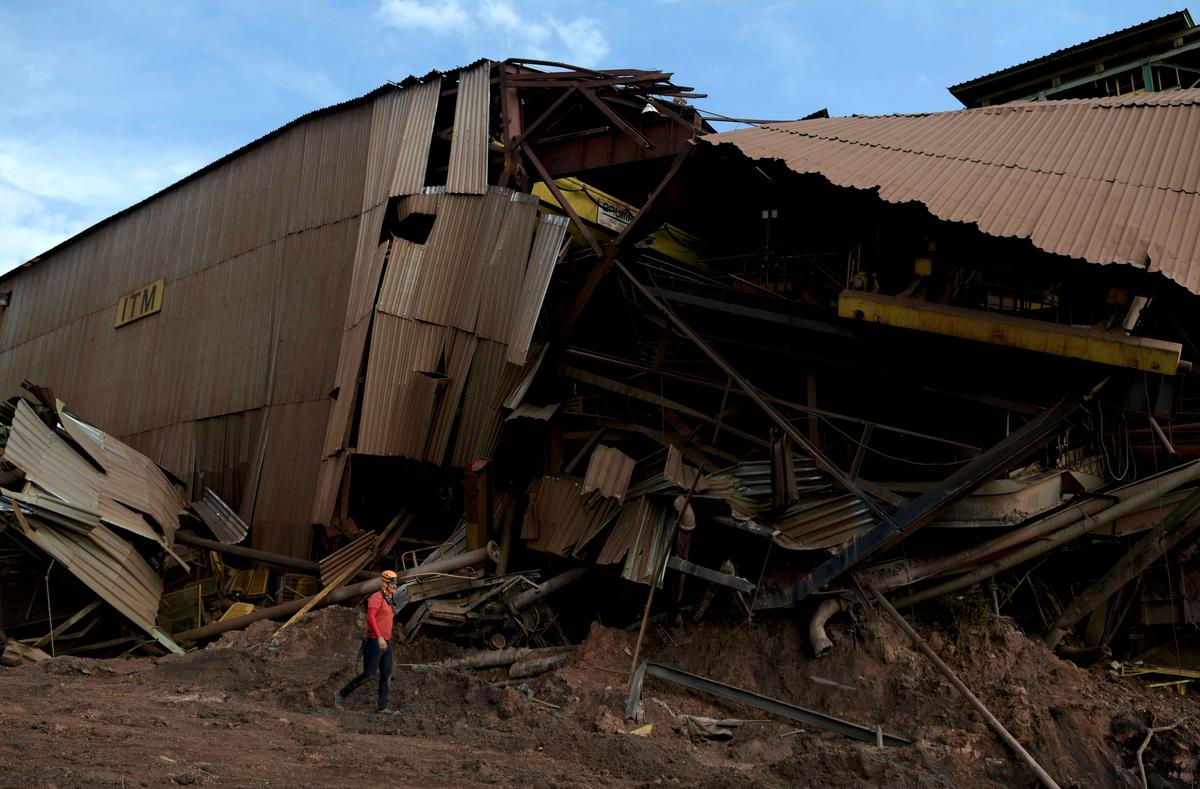 SAO PAULO (Reuters) – The former chief executive of Brazilian iron ore miner Vale received an anonymous email weeks before the deadly collapse of a tailings dam at Brumadinho in January 2019 warning about “dams at their limit,” according to the findings of an exhaustive congressional report on the disaster.

Rather than seeking to investigate the allegation in the email, also addressed to other senior executives, Vale’s then-Chief Executive Officer Fabio Schvartsman directed other employees to try to identify the email’s author, according to the 625-page report.

The congressional investigative committee report, written by leftist congressman Rogerio Correia and released last week after five months of hearings, cited the email episode as evidence that Vale’s senior management, including Schvartsman, was aware ahead of the dam collapse – which killed more than 250 people – that there were safety issues with the facility used to store mining waste.

The congressional report was one of a series of investigations conducted in the wake of the Brumadinho disaster. Like an earlier Senate probe, the report from the Brazilian lower house suggested the indictment of various Vale executives, including Schvartsman, for homicide.

The former CEO “had full knowledge of the necessity of adopting urgent measures to increase the security of the dams in the priority area,” the report’s authors wrote.

Schvartsman was removed from the CEO job in early March at the urging of prosecutors who said in a letter to the board that his and other top Vale executives’ continued presence at the company posed “immeasurable risks to society.”

A Brazilian prosecutor told Reuters in September that the criminal probe into Vale’s actions related to the dam collapse was close to completion.

When Schvartsman was shown the anonymous email, he “took offense at the message’s content and asked that the sender be identified,” the report said, quoting the deposition of Alexandre de Aquino Pereira, Vale’s ethics and conduct general manager.

The claims about the anonymous email and Schvartsman’s demand that the sender be identified were first reported by the Wall Street Journal.

A lawyer for Schvartsman from the firm of Bottini & Tamasauskas did not immediately reply to a request for comment.

A Vale spokeswoman said the email mentioned in the congressional report had been analyzed by the company’s ombudsman at the time and he had determined that its mention of “dams at their limit” was presented “generically and without evidence.”

The term “was understood as a reference to the limit of regulatory capacity of the dams, which was already being addressed by the company by, for example, expanding ‘dry processing’ operations,” she said.

Other complaints in the email focusing on a lack of investment in the company’s facilities were seen as groundless given that the company had boosted its spending on maintenance operations “significantly” in 2017 and 2018, she said.