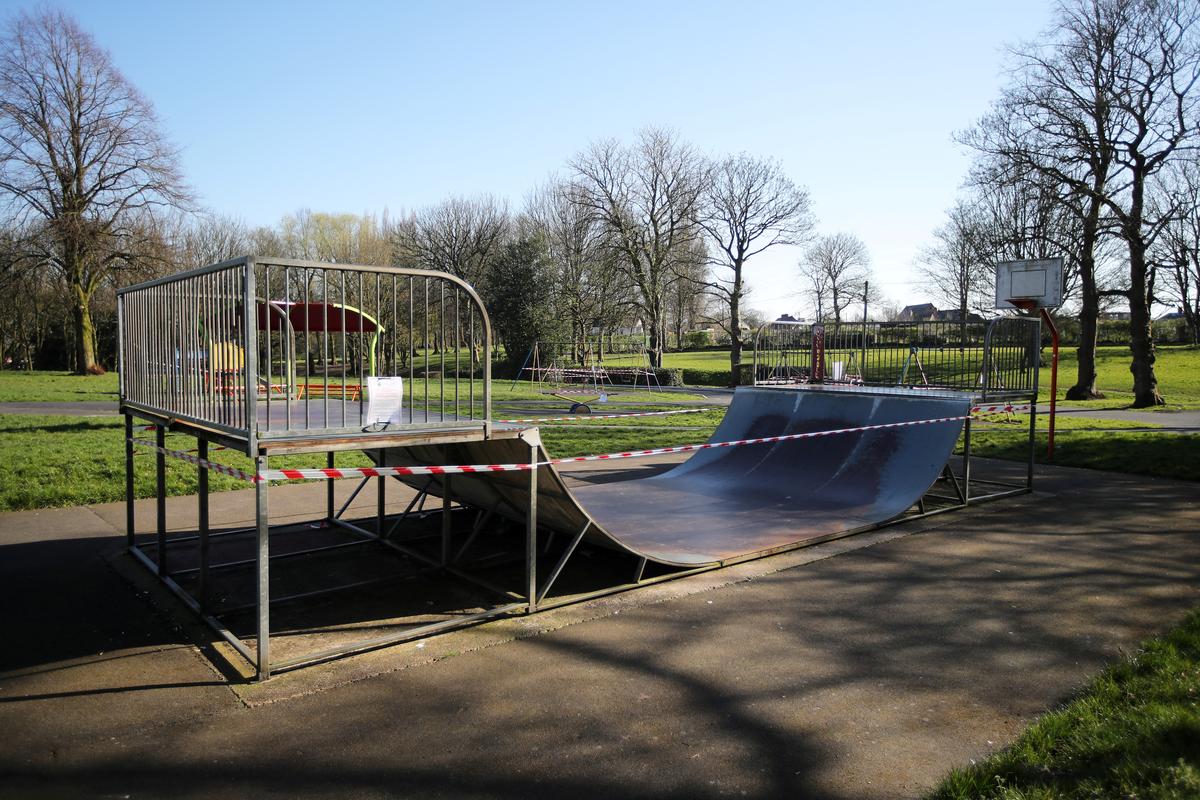 LONDON (Reuters) – The British government will pay grants to self-employed people who have lost their livelihoods because of the coronavirus lockdown, further extending an unprecedented package of measures to prevent the economy from collapsing.

A children’s playground is closed off in Verdin Park, as the spread of the coronavirus disease (COVID-19) continues, Northwich, Britain, March 26, 2020. REUTERS/Molly Darlington

Finance minister Rishi Sunak, who had previously announced the state would pay part of the wages of employees to dissuade their firms from laying them off, had come under pressure to offer a similar lifeline to Britain’s 5 million self-employed workers.

Governments around the world are scrambling to avert economic catastrophe, underlined on Thursday by shock figures from the United States showing that more than 3 million Americans applied for unemployment benefits last week.

Sunak said Britain’s government would pay those self-employed people who have been adversely affected by the coronavirus a taxable grant worth 80% of their average monthly profits over the last three years, up to 2,500 pounds ($3,000) a month.

“Our expectation is that this will be up and running by the middle of June,” Sunak said during a news conference in Downing Street.

The scheme, designed to cover 95% of those who make most of their income through self-employment, will be open to those with trading profits of up to 50,000 pounds, for at least three months.

The cap of 2,500 pounds per month is the same as the one for employees in the package of measures announced previously. Together, the schemes for employees and the self-employed will protect around 80% of British workers, Sunak said.

“What we have done will, I believe, stand as one of the most significant economic interventions at any point in the history of the British state and by any government anywhere in the world,” Sunak said.

Working in tandem, the government and the Bank of England have been announcing enormous packages of measures to try and cushion the impact of the coronavirus on the British economy.

The central bank carried out two emergency rate cuts earlier this month and vastly expanded its bond purchase programme. It said on Thursday it was ready to further ramp up its bond-buying programme if necessary.

Sunak warned of “challenging times ahead” despite the interventions by the bank and the government.

“We will not be able to protect every single job or save every single business. But I am confident that the measures we have put in place will support millions of families, businesses and self-employed people to get through this.”