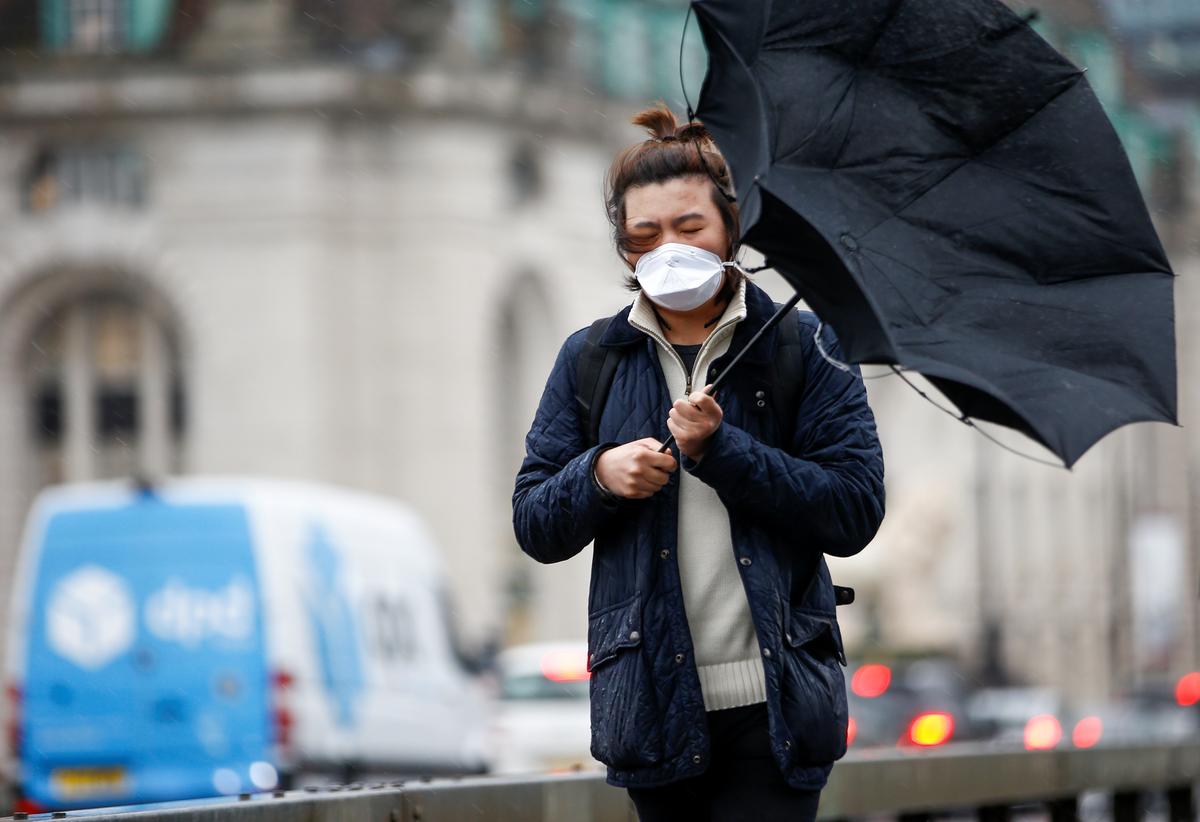 LONDON (Reuters) – Britain is moving into the second of four phases in its battle plan to tackle the spread of coronavirus, England’s Chief Medical Officer Chris Whitty said on Thursday, after confirmed cases jumped across the country.

Britain has so far registered 90 cases of coronavirus, also known as COVID-19, which started in China, but has held off from introducing measures to restrict movement or to cancel large gatherings for fear of hurting the economy.

Prime Minister Boris Johnson says he is optimistic that Britain is well prepared to cope with the spread of the virus, but early on Thursday regional airline Flybe became one of the first big corporate casualties of the outbreak.

Health minister Matt Hancock said the coming weeks would be tough. But with calm heads and clear determination, together we can see it through”.

The government set out its action plan earlier this week based on four stages – containing the virus, delaying its transmission, researching its origins and mitigating its impact.

Whitty, questioned by lawmakers, said Britain had mainly moved into the second stage and was now considering measures to try to delay the peak of an epidemic which officials are anticipating in the coming weeks.

“The original plan … was very much predicated on the idea of ‘if it could be controlled in China and contained everywhere else, this virus might go away’. I think the chances of that happening are now very slim. Slim to zero,” Whitty said.

“As time goes by, we then may start to move into the more socially determined actions … We’ve moved from a situation where we were mainly in contain … to now we’re basically mainly delay.”

Johnson told ITV television that Britain’s Scientific Advisory Group for Emergencies was meeting to consider options to try to delay the spread of the outbreak ranging from “quite draconian stuff to more targeted interventions”.

Asked whether Britain was close to taking measures such as stopping large public gatherings, Johnson said: “We’ll see what the scientists advise.”

A spokesman for Johnson said the government would announce publicly when Britain had moved to the second phase of its plan.

The government has said it could encourage home-working, cancel large-scale gatherings and possibly close schools to slow the spread of the disease and delay the peak of the outbreak until summer, when the health service is under less pressure.

Whitty also said that with older people more vulnerable to the virus, there may be measures announced to encourage them to stay away from public places, such as the upper house of parliament, the House of Lords.

Jacob Rees-Mogg, the leader of the lower house of parliament, told lawmakers there were no plans to close the House of Commons.