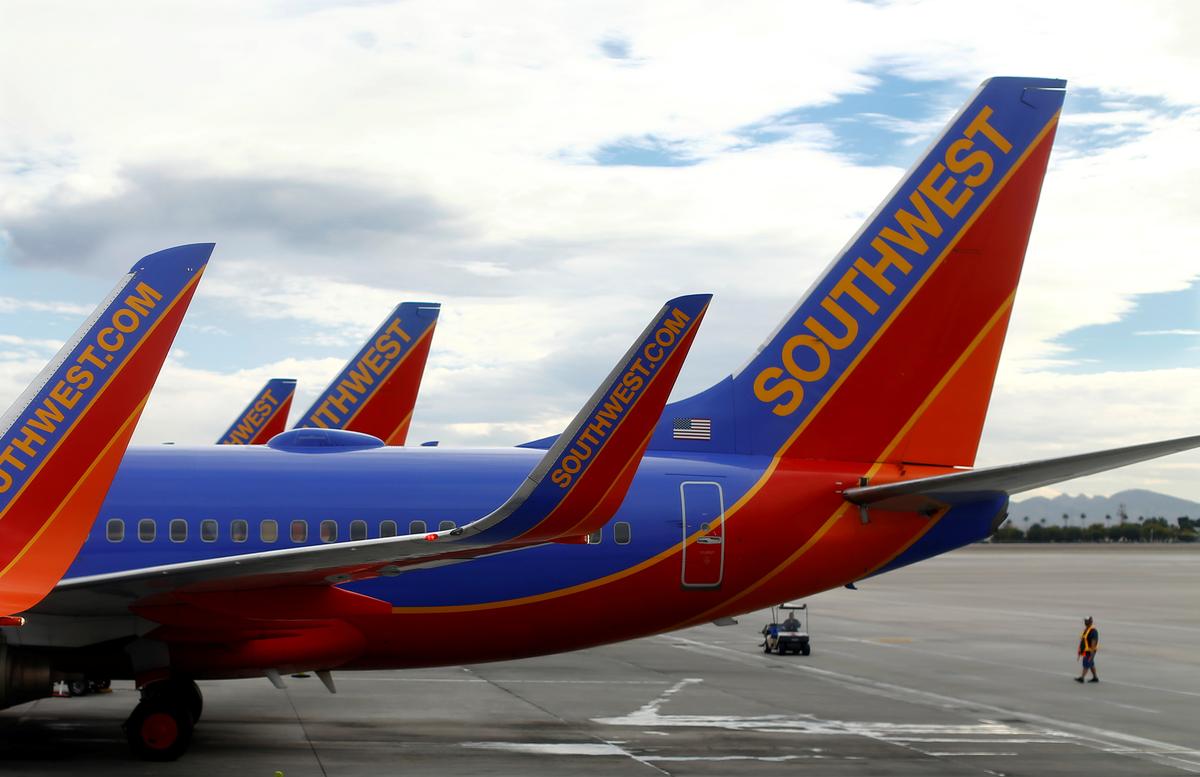 WASHINGTON (Reuters) – The U.S. National Transportation Safety Board on Tuesday called on Boeing Co (BA.N) to redesign the fan cowl structure on all 737 NG planes and retrofit existing planes after an April 2018 incident in which a woman was killed on a Southwest Airlines (LUV.N) plane due to an engine failure caused by a broken fan blade.

The board said the U.S. Federal Aviation Administration should require Boeing to determine the fan blade impact location or locations on the engine fan case and redesign the structure to minimize the potential of a catastrophic failure. The board did not fault Boeing’s analysis in the mid-1990s when it developed the plane.

The NTSB had been investigating a 2016 engine failure on another Southwest 737-700 at the time of the fatal incident. The incidents in both flights were what is known as a “fan blade out” (FBO) event.

Boeing said Tuesday it will work to implement improvements that address the NTSB’s safety recommendations, including improvements in “the inlet and fan cowl designs to enhance their ability to withstand an engine fan blade out event.”

NTSB Chairman Robert Sumwalt acknowledged the retrofit could be expensive.

“This accident underlines the vulnerability of the fan case to become separated when the fan blade detaches at a location that was not anticipated,” Sumwalt said after the hearing.

The NTSB did not call for the planes to be grounded and noted that airlines are now inspecting the fan blades on a more regular basis.

Southwest spokesman Chris Mainz said the airline would review the NTSB’s recommendations and work “with the manufacturers to prevent this type of event from ever happening again.”

Jennifer Riordan of New Mexico, a 43-year-old Wells Fargo vice president and mother of two, was killed after the engine exploded and shattered a plane window on Flight 1380. She was the first person killed in a U.S. passenger airline accident since 2009.

The accident occurred 20 minutes into the flight when a fan blade fractured as a result of a fatigue crack on a Boeing 737-700 jet powered by two CFM International CFM56-7B engines after taking off from New York’s LaGuardia Airport. The plane, bound for Dallas, diverted to Philadelphia International Airport. Eight of the 144 passengers suffered minor injuries.

The board noted that there are 14,600 CFM56-7B engines in service with 356,000 fan blades on the Boeing planes, with 400 million flights over more than two decades and two reported engine failures.

Tammie Jo Shults, the flight’s captain, recounted in her book “Nerves of Steel” published last month, that the engine explosion felt “like we’ve been T-boned by a Mack truck.” She said that the 737-700 rolled to the left and pulled into a dive, but that she and the co-pilot were able to level off the plane.

The engine on the plane’s left side spewed bits of metal when it blew apart, shattering a window and causing rapid cabin depressurization, the NTSB said. In 2018, the NTSB said two passengers eventually pulled Riordan, who was buckled into her seat, back inside the plane.

(This story corrects year of incident in first paragraph to 2018)