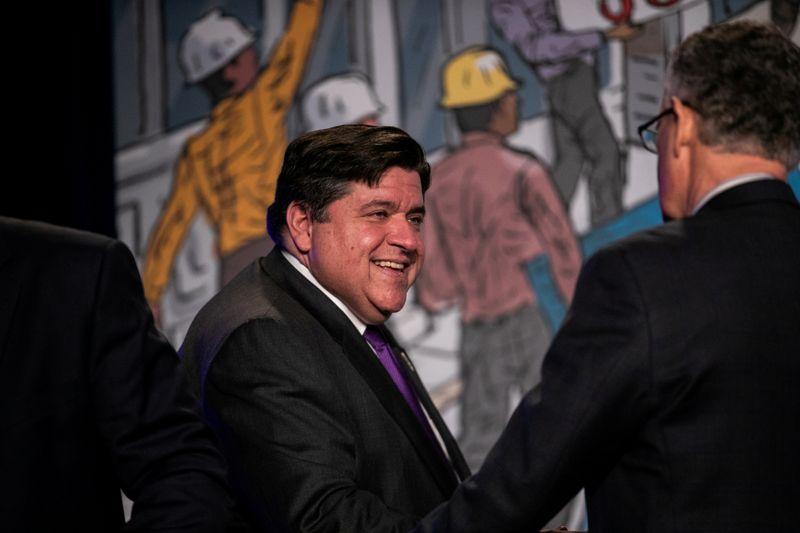 (Reuters) – U.S. Midwest governors are talking about regionally cooperating to reopen their economies as the coronavirus pandemic begins to ease, echoing a similar approach being taken by states on the East and West Coasts, Illinois officials said on Wednesday.

Illinois would team with neighboring states to work together on how to lift their stay-at-home orders and restart their businesses more broadly, said Jordan Abudayyeh, a spokeswoman for Illinois Governor J.B. Pritzker.

“The governor is interested in exploring something like what’s happening on the east and west coasts for the Midwest,” Abudayyeh said in an email. “Our goal is to work together on things such as what do you do about stay-at-home orders, legalities and so forth.”

She declined to say how other Midwestern governors would join the effort, but added an announcement could come as soon as this week. Coordination among the Midwestern states would help such sectors as manufacturing and the auto industry.

On Monday, 10 U.S. governors said they would band together in two regional pacts to coordinate. One group included New York, New Jersey, Connecticut, Delaware, Massachusetts, Pennsylvania and Rhode Island, while the other included California, Oregon and Washington state.

President Donald Trump, a Republican who has pressed in recent weeks for getting Americans back to work soon, has said he had the unilateral authority to end the lockdowns that have strangled the U.S. economy.

On Tuesday, Illinois’ Pritzker, who disputed the notion anyone other than he could lift or modify his state’s stay-at-home order, said he had spoken over the last few days with governors of neighboring Midwest states.

“Governors that I’ve spoken with have been frankly very positive about this idea,” he said. “They’ve all been thinking about it individually for their states and understand that speaking with a common voice might be a positive move.”

All the governors in the East and West Coast groups, except in Massachusetts, are Democrats. However, the Midwest has more of a mix. Pritzker is a Democrat, along with governors in Michigan, Wisconsin and Kentucky, while those in Indiana and Ohio are Republicans.

A spokeswoman for Michigan Governor Gretchen Whitmer, who has come under fire from some Republicans for the more restrictive extension of her stay-at-home order, declined to address whether the state is working on regional cooperation. On Wednesday, the Michigan Conservative Coalition held a protest rally by car at the statehouse in Lansing, snarling traffic.

A spokeswoman for Indiana Governor Eric Holcomb could not immediately be reached to comment, but he was asked about such cooperation on Monday. He said he spoke often with Ohio Governor Mike DeWine and Kentucky Governor Andy Beshear.

“I’m on the phone with them on a weekly basis separate of all my other conversations with all the governors, including Governor Pritzker in Illinois and Whitmer in Michigan, so we’re talking constantly about the Great Lakes region,” Holcomb said in a news conference.

“I have talked to them about when we get to that day, from a regional perspective, of reopening or re-entering, what those certain steps may be. We’re not there yet,” he added, referring to Beshear and DeWine. “But we’ve talked about what that day may look like.”

DeWine on Tuesday said no such Midwest group existed.

A DeWine spokesman declined to comment on Wednesday on the possibility of a regional group.

Officials in the governor’s offices in Kentucky and Wisconsin could not immediately be reached for comment.

Reporting by David Shepardson in Washington and Ben Klayman in Detroit, additional reporting by Seth Herald in Lansing, Michigan; Editing by Matthew Lewis