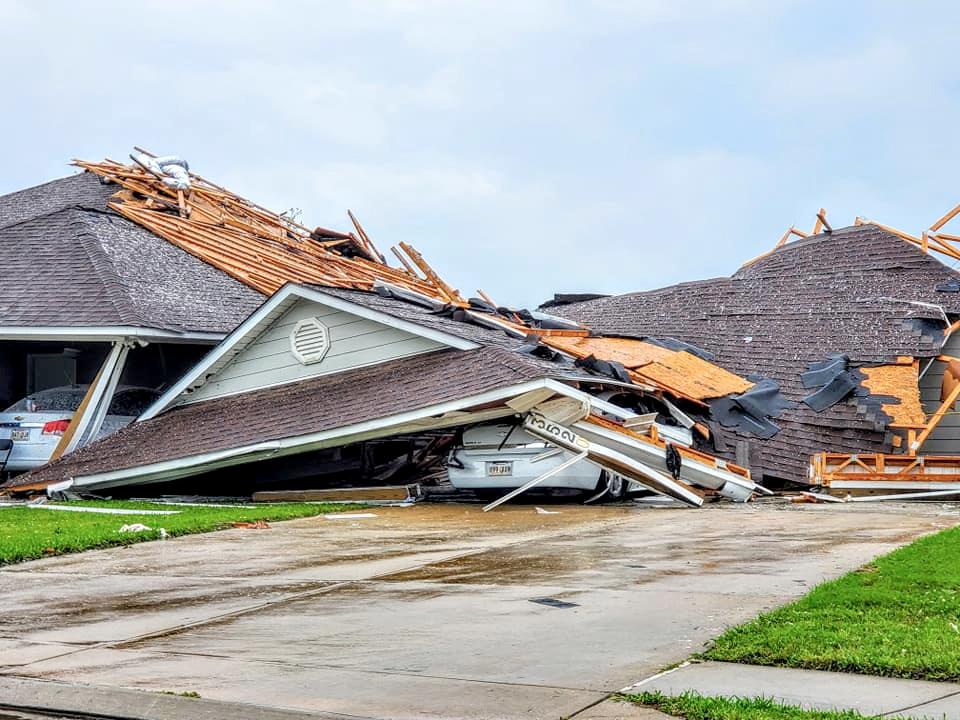 (Reuters) – The death toll from a series of tornadoes that hammered the U.S. South over the weekend rose to at least 18 on Monday as rescue workers and homeowners dug through debris left in the wake of a weather system now threatening the U.S. East Coast.

Damaged buildings and vehicles are seen in the aftermath of a tornado in Monroe, Louisiana, U.S. April 12, 2020, in this still image obtained from social media. Courtesy of Peter Tuberville/Social Media via REUTERS

Nearly 55 million people from Florida to New England were in the path of the system, with National Weather Service forecasters warning of strong winds, rain and possibly more tornadoes on Monday.

The system had already spawned about 60 reported tornadoes that left a path of destruction from Texas to the Carolinas on Sunday and Monday morning, the weather service reported.

At least 11 people were killed in Mississippi, six in Georgia and one in Arkansas in the storms, local media and state officials reported.

Five of the people who were killed in Georgia were in two Murray County mobile home parks that were leveled as tornadoes rolled through the area.

“The reports that I am getting from that area is that it is pretty devastating damage,” Murray County Fire Chief Dewayne Bain told a Fox News affiliate in the region.

Local media across the region showed images and video clips of homeowners and rescue workers picking through piles of rubble as flattened homes, overturned vehicles and downed power lines covered the landscape at daybreak.

Firefighters in Orangeburg County, South Carolina, were searching for multiple people trapped in homes, the Times and Democrat, the local newspaper, reported.

In Upson County, Georgia, about 65 miles (105 km) south of Atlanta, homeowner Paul McDaniel and his wife raced to an interior part of their home as a reported tornado rolled through their neighborhood early on Monday.

“I heard it and grabbed her and we ran into the hall and … it was something like I never heard before,” McDaniel told a Fox News affiliate in the region. “They say its like a train, but I couldn’t say.”

Nearly 1 million homes and businesses in North and South Carolina, Arkansas, Georgia and Alabama were without power as of Monday morning, according to Poweroutage.

Reporting by Brendan O’Brien in Chicago; editing by Jonathan Oatis