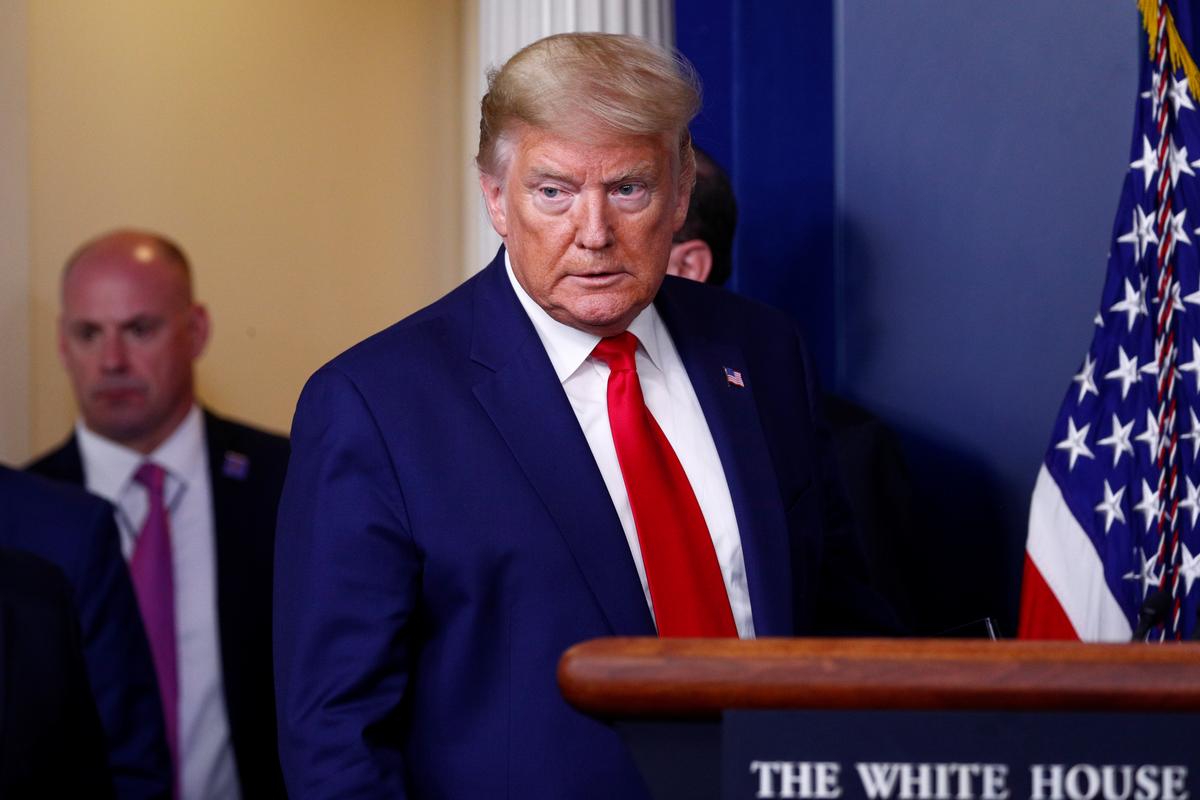 It is Trump’s most recent maneuver to seize control of oversight of his administration’s handling of the coronavirus epidemic and to attack inspectors general, the federal watchdogs tasked with safeguarding agencies against waste, fraud and abuse.

Glenn Fine, acting inspector general for the Pentagon, was named last week to chair a committee acting as a sort of uber-watchdog over the administration’s coronavirus response, including health policy and the historic economic stimulus plan.

But Trump has since designated the Environmental Protection Agency’s inspector general to be the new acting Pentagon inspector general, a spokeswoman said. Fine, who named 11 other IGs to the committee last week, is no longer on the watchdog committee.

Congressional Democrats immediately criticized Fine’s removal. House of Representatives Speaker Nancy Pelosi called it “part of a disturbing pattern of retaliation” by Trump and vowed in a statement to continue to use congressional oversight powers to ensure funds allocated for the coronavirus pandemic were being used “wisely and efficiently to help workers and families.”

The fiscal stimulus bill is unleashing a flood of money for individuals, families and small businesses, and has created three watchdogs consisting of federal government officials and lawmakers. Pelosi created a fourth oversight body last week.

The law, signed on March 27, set aside $80 million to create a committee of inspectors general from across government agencies.

On Friday, the White House said Trump intended to nominate Jason Abend, a senior policy adviser at the U.S. Customs and Border Protection office, to be the inspector general at the Pentagon.

The White House also announced Trump intended to nominate Brian Miller, a White House lawyer and former inspector general at the General Services Administration, to be the special inspector general for pandemic recovery, responsible for overseeing the U.S. Treasury Department’s handling of funds.

Since then, Trump has mounted several broadsides against the government’s inspectors general.

On Tuesday, he accused, without evidence, the U.S. Health Department’s inspector general of having produced a “fake dossier” on American hospitals suffering crippling shortages amid the coronavirus outbreak and suggested she was politically motivated.

On Friday, Trump fired the intelligence community’s inspector general, who was involved in the events leading to impeachment of the Republican president.

Noah Bookbinder, executive director for Citizens for Responsibility and Ethics in Washington, an ethics advocacy group, said the moves against Fine and attacks on other inspectors general added up to a pattern.

“More and more, President Trump views anybody within government who does anything that could reflect negatively upon him as unacceptable, that he seems to view any kind of accountability or oversight or a check as disloyalty,” Bookbinder said.