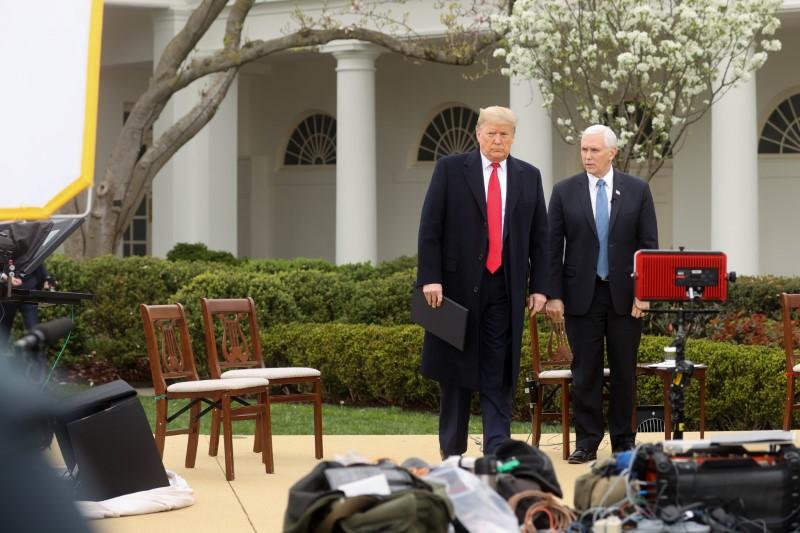 U.S. President Donald Trump interacts with Vice President Mike Pence as he prepares to participate in a televised Fox News Channel “virtual town hall” with Fox on the coronavirus response in the Rose Garden of White House in Washington, U.S. March 24, 2020.  REUTERS/Jonathan Ernst

Pence led the call, according to a source familiar with the matter, adding that Vista’s Smith told Trump and Pence that small businesses did not have enough liquidity to survive the crisis without help, and that they needed more government support.

Trump and Pence have met with a wide range of business executives in recent weeks as the administration looks for ways to slow the spread of the coronavirus and halt the rapid economic downturn.