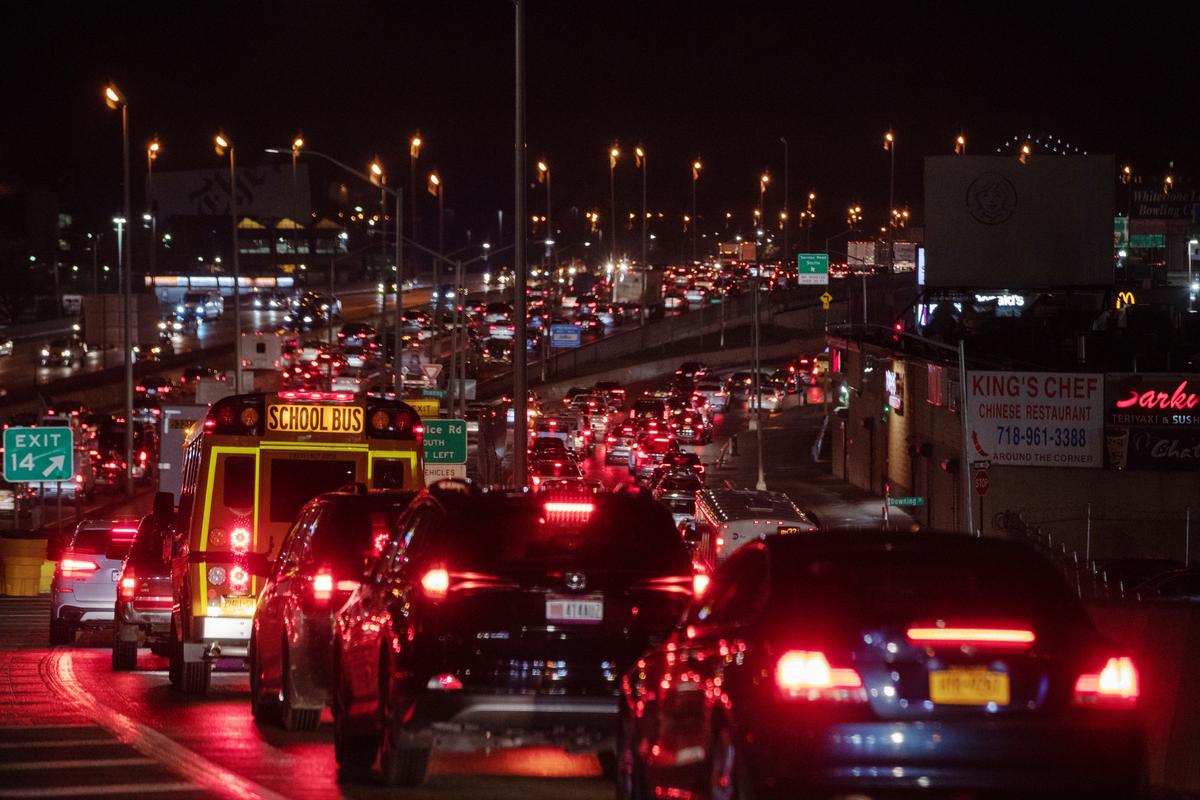 Scores of vehicles got stuck on Interstate 5 after a “bomb cyclone” – a supercharged winter storm caused by a rapid drop in atmospheric pressure – dumped up to four feet (1.2 meters) of snow in mountainous areas of the Pacific Northwest.

“We’ve been white knuckling it for the last four hours and sliding around the road,” said Lisa Chadwick after she stopped in Bend, Oregon, driving north from San Francisco. She had snowchains for her two-wheel drive car, but did not know how to put them on.

The U.S. Midwest was also hit hard by a storm that clobbered Denver on Tuesday, with airports in Minneapolis and Chicago suffering hundreds of delays and cancellations.

The storms hit on one of the busiest travel days of the year, with a near-record 55 million Americans set to journey at least 50 miles (80 km) for Thanksgiving on Thursday, according to the American Automobile Association.

After parts of Colorado got up to 30 inches (75 cm) of snow on Tuesday, Minneapolis was expected to get as much as 12 inches as the system slid east, said Brian Hurley, a meteorologist with the National Weather Service in College Park, Maryland.

The storm, which is packing high winds, will move across upper Michigan and upstate New York toward central Maine, which could get 6 to 10 inches of snow, the Weather Service forecast.

“There has been definitely lots of honking, lots of near accidents that I’ve seen, for sure,” Daniel Julien, a 24-year-old paralegal from Pasadena, said after making it to the airport.

A silver lining was that rain doused the Cave Fire in Santa Barbara County, which charred 7 square miles (1,810 hectares) of brush and woodlands. But it brought evacuation warnings to thousands of residents in Santa Barbara suburbs for possible mudslides on fire-charred hills.

Across the country, 4,083 flights were delayed, and 148 were canceled into or out of the United States by 6.30 p.m. ET, with Chicago’s O’Hare International Airport tallying the most, according to FlightAware.com.

“There are apocalyptic storms all over the country and 50mph winds! Why would things not be the worst. Anyway pray 4 me,” said a Twitter user going by the name of Abigail H., who was leaving O’Hare on Wednesday.

The East Coast was largely unscathed, but wind gusts of up to 40 mph (64 km) forecast for Thursday morning threatened to sideline the Macy’s New York City Thanksgiving parade’s 16 giant balloons for safety reasons. Organizers have said they will make the decision on Thursday whether to go ahead.