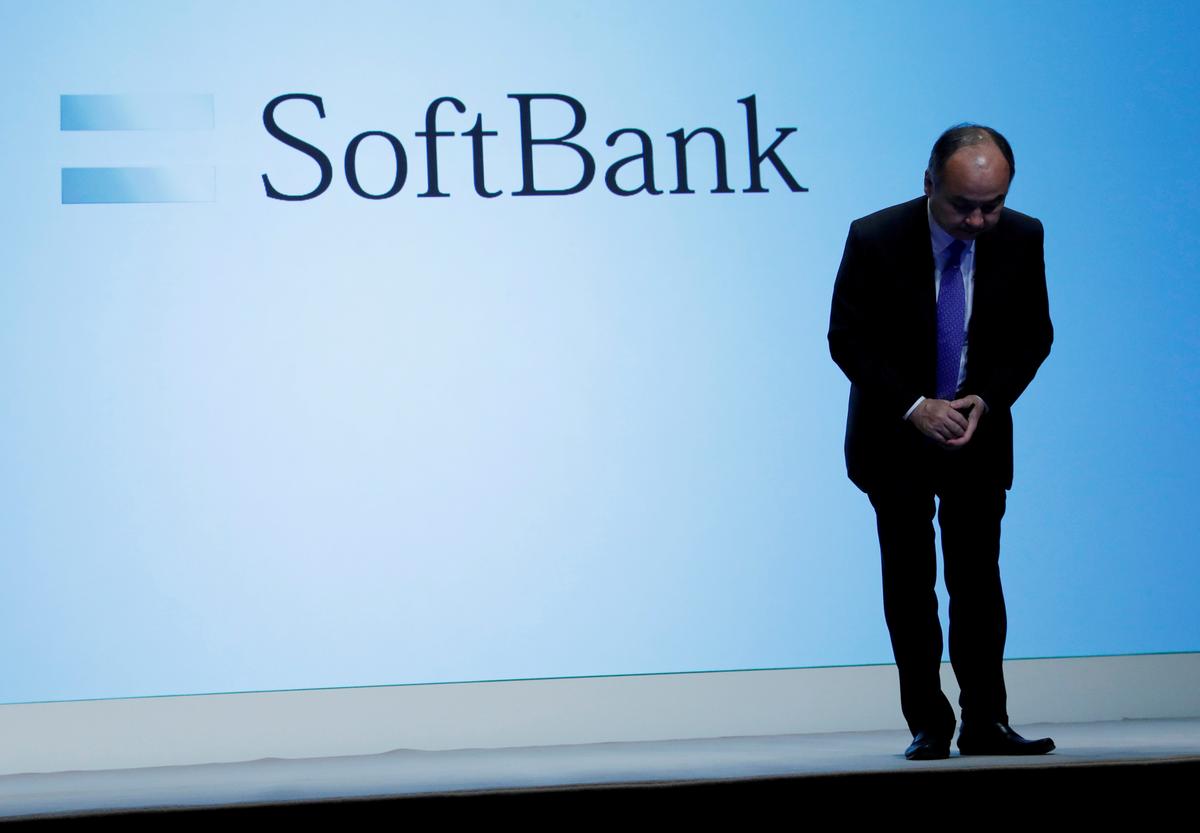 TOKYO (Reuters) – SoftBank Group Corp (9984.T) shares fell 3.5% on Tuesday morning after estimating the Vision Fund will record a 1.8 trillion yen ($16.73 billion) loss in the year ended March due to the tumbling value of bets on unproven startups.

The disastrous performance by the fund on which CEO Masayoshi Son has staked his reputation will drag the entire group to its first annual loss in 15 years, SoftBank said.

The Vision Fund recorded a loss of around 800 billion yen in the nine months to December, indicating that losses widened in the final quarter of the financial year. SoftBank did not provide details on which tech bets have been marked down, a long-standing irritant for analysts and investors.