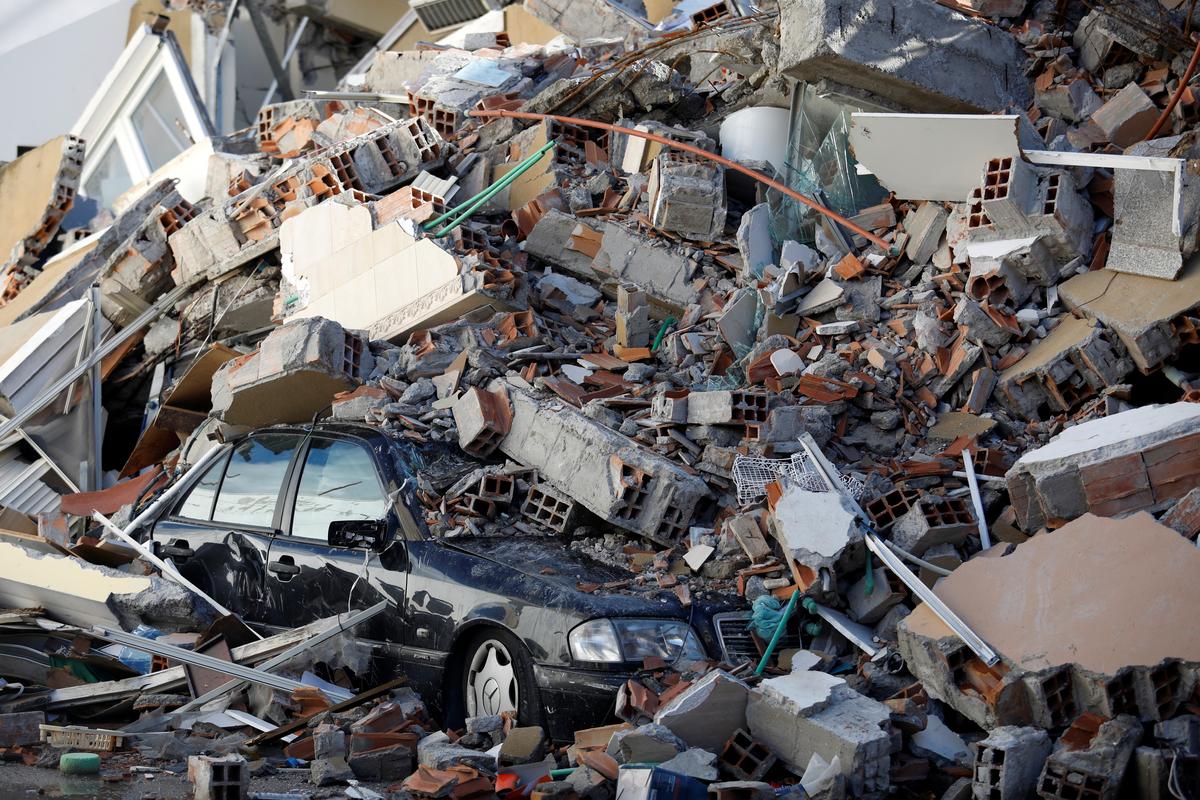 DURRES, Albania (Reuters) – Albania ended its search on Saturday for survivors of a powerful earthquake that killed 51 people, and buried more victims of the disaster including toddler twins and their mother.

A care is pictured after the earthquake that shook the country, in Durres, Albania, November 30, 2019. REUTERS/Florion Goga

The 6.4-magnitude quake, the country’s worst ever, struck on Tuesday, centered 30 km west of the capital Tirana. It was felt across the Balkans and in the southern Italian region of Puglia, on the other side of the Adriatic Sea from Albania.

There have been hundreds of aftershocks, some with a magnitude of more than 5.0, rocking already damaged buildings and terrifying residents.

On Saturday, rescuers called a halt to efforts to find survivors in the rubble. At the Mira Mare hotel, on the Adriatic seafront in the city of Durres, a mechanized digger had ground to a halt near the ruins of concrete slabs, water boilers, mattresses and curtains from the six-storey building.

“No other bodies were found at the Mira Mare,” a government spokesman said.

The 51th victim was a 20-year-old woman who died on Saturday. She had been struck on the head by falling bricks in a western district of Tirana, making her the only victim in the capital.

Most of the others were in Durres, Albania’s second-biggest city and main port, and the nearby town of Thumane.

Located along the Adriatic and Ionian Seas between Greece and Montenegro, Albania is prone to seismic activity. This earthquake was Albania’s deadliest; the previous highest toll was in 1979 when a quake killed 40 people.

Poorly-equipped Albanian troops rescued survivors from the rubble of buildings sometimes digging them out with their bare hands, until 250 troops from European countries and the United States came to their aid.

Durres authorities fanned out across the city to distribute food but some residents complained they had not received supplies.

In one case, a car trying to distribute food was surrounded by a large crowd and drove away. “The poor get nothing,” a white-haired lady of 65 said in despair.

She and others, who did not want to share their names, said they were not allowed back into their houses for safety reasons, and had to rely on donated food supplies.

Conscious of the difficulties, the government said it had set up national operational centers, and a phone line for people in need of food and clothing to call for help.

In a wave of solidarity, Albanians have been donating food and clothing in city centers. The GoFundMe crowdfunding platform said that, as of Friday, $3.2 million had been raised worldwide to help survivors of the disaster.