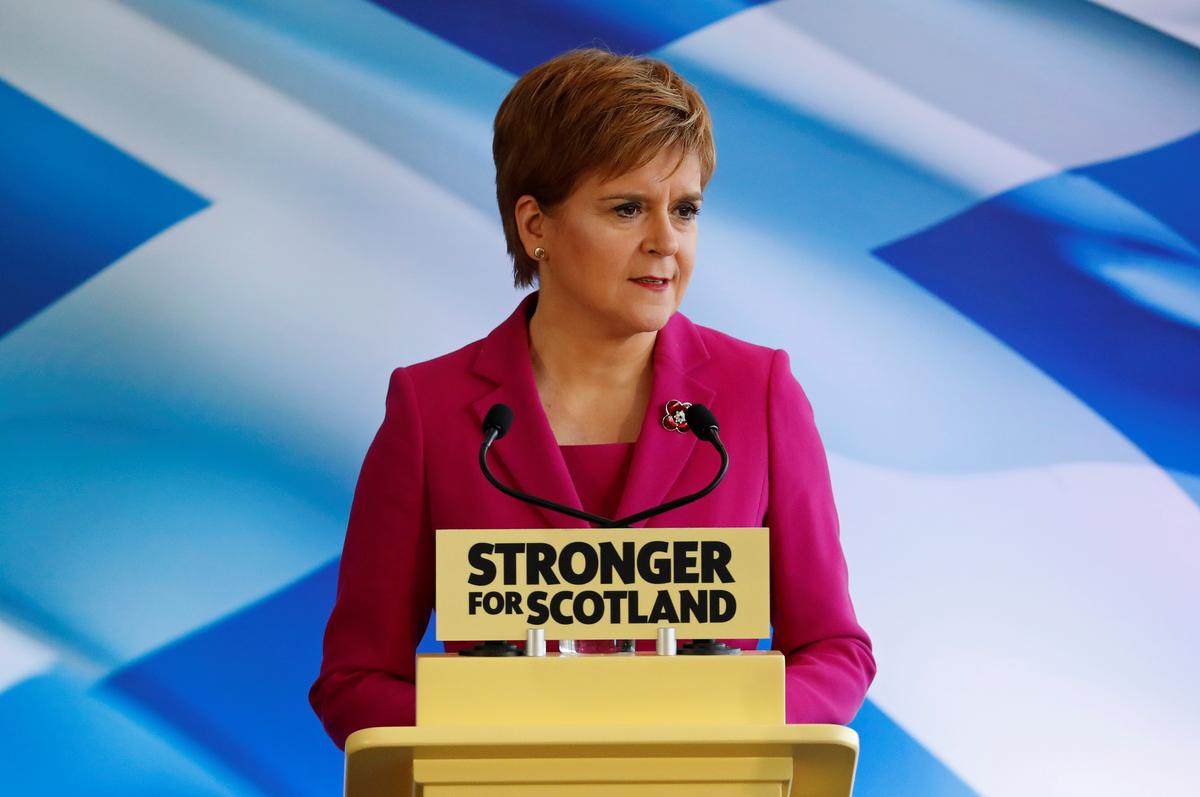 EDINBURGH (Reuters) – Scottish Nationalists will seek to form “a progressive alliance” with the opposition Labour Party if an election next month results in no one winning an overall majority, but the party wants a second independence vote in return, its leader Nicola Sturgeon said on Friday.

Britons head to the polls on Dec. 12 for a snap election which Prime Minister Boris Johnson called to end the Brexit impasse, with polls showing the governing Conservatives ahead of Labour but by varying margins.

In Scotland, the Scottish National Party (SNP) already has 35 out of 59 lawmakers, with some pollsters suggesting they will make further gains, positioning them as possible kingmakers.

“If there’s a hung parliament … SNP MPs will seek to form a progressive alliance to lock the Tories out of government,” Sturgeon said at the start of the SNP campaign in Edinburgh.

“The SNP is not going to be giving support to parties that do not recognise the central principle of the right of the people of Scotland to choose their own future,” she added.

Scottish voters opposed independence in a 2014 plebiscite but then backed remaining in the European Union in 2016, which the SNP has used to try and boost support for secession.

The Labour Party has not ruled out a second independence vote and on Friday Sturgeon said it was getting closer to her position.

“Labour’s position, I think, on this is moving in the right direction,” she said.