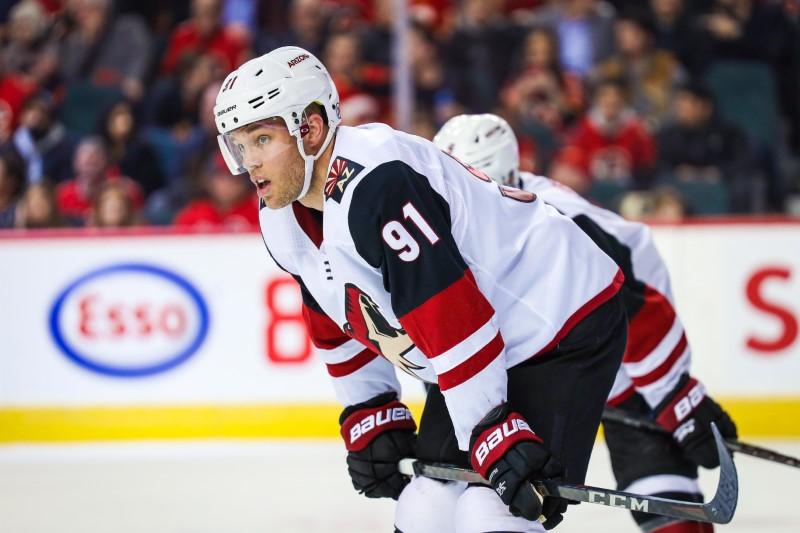 The Arizona Coyotes and forward Taylor Hall are in talks about a new contract while the NHL’s regular season remains in a pause due to concerns surrounding the coronavirus, general manager John Chayka told The Athletic.

Hall, who was acquired from the New Jersey Devils on Dec. 16, is slated to become an unrestricted free agent July 1.

“I have shared some calls with (agent) Darren (Ferris),” Chayka told The Athletic in a story published Saturday. “I think we’re both just trying to get our head wrapped around this scenario here and how it affects the Coyotes; how it potentially affects Taylor. It’s unique. I don’t have an answer for you other than to say, no, we haven’t exchanged numbers or anything like that.

“Obviously, our intent was always to get through the season and not having any conflict with Taylor’s play. This leaves us in a bit of a limbo where it’s obviously not technically the end of the season, but it also wouldn’t conflict with his play to talk. All I would say right now is that both sides are gathering information and having some discussions. Where that goes, I’m not entirely sure today. As we talk, we’ll see where things go.”

Hall and American Hockey League forward Blake Speers were acquired from the Devils for forwards Nicholas Merkley and Nate Schnarr, defenseman Kevin Bahl, a conditional first-round pick in the 2020 NHL Draft and a conditional third-round selection in the 2021 NHL Draft.

The 28-year-old Hall was the league in MVP for the 2017-18 season after posting a career-high 93 points (39 goals, 54 assists) while leading the Devils to their first appearance in the Stanley Cup playoffs since 2012. He had six goals and 19 assists in 30 games this season for New Jersey.