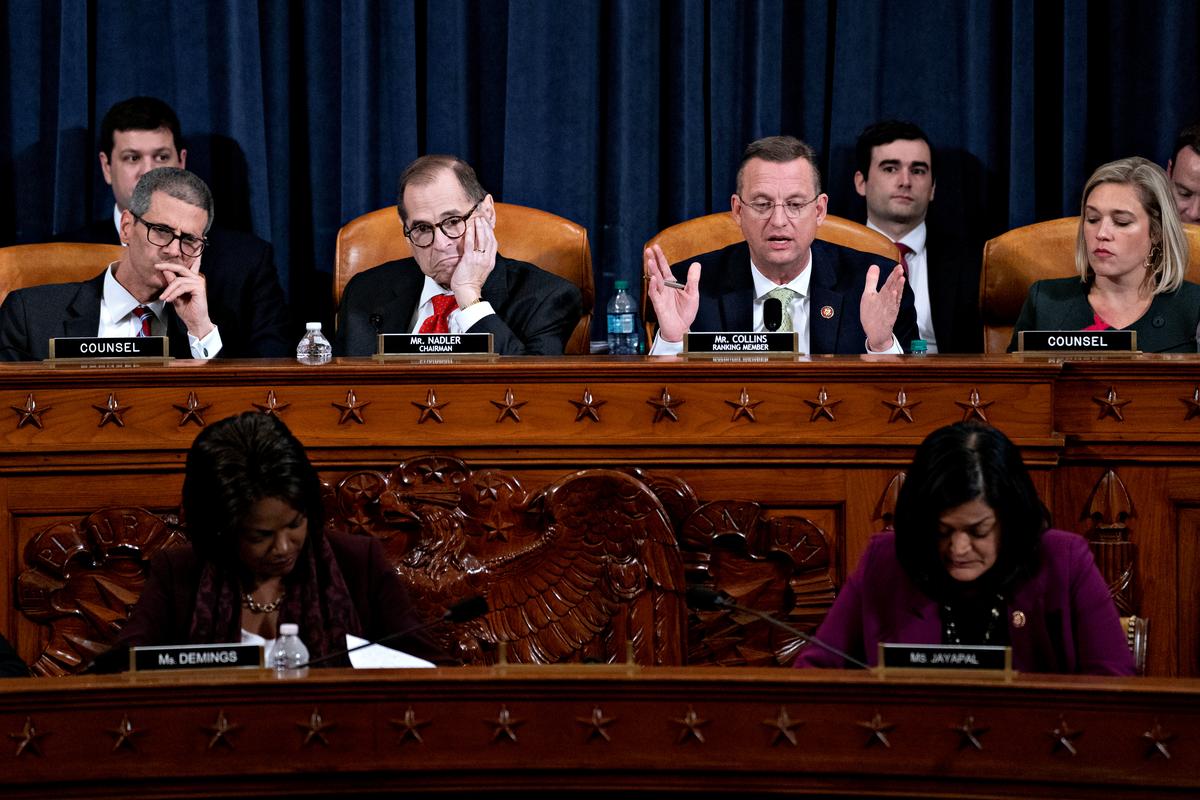 The committee had been expected to approve two articles of impeachment late on Thursday, setting up a vote by the Democratic-controlled House next week that is expected to make Trump the third president in U.S. history to be impeached.

Instead, as the clock ticked toward midnight, Judiciary Committee Chairman Jerry Nadler sent lawmakers home for the night and said members would return to vote Friday at 10 a.m. ET (1500 GMT).

The scheduling appeared to have nothing to do with the substance of the impeachment fight nor was it a sign that Democrats lacked the needed votes. But it outraged Republican leaders, who said afterward many had been planning travel home on Friday and would now have to reset their schedules.

Doug Collins, the top Republican on the panel, appeared shocked by the announcement and immediately reacted with anger, saying the rescheduling was done so Democrats could hold their vote when more voters would be watching on television.

“This was the most bush league thing I have seen, forever,” Collins told reporters. “This committee is more concerned about getting on TV in the morning than it was finishing its job tonight and letting the members go home. Words cannot describe how inappropriate this was.”

Democrats had expected to wrap up the hearing early in the evening, but Republicans, led by Collins, proposed a series of amendments that had no hope of passage.

Republicans offered hours of remarks on their amendments, frequently repeating the same prepared commentary and often veering into other topics that ranged from natural gas drilling to the state of the economy.

Much of the impeachment focus has been on a July 25 phone call in which Trump asked Ukrainian President Volodymyr Zelenskiy to investigate Democratic presidential candidate Joe Biden and his son Hunter, who was on the board of a Ukrainian gas company. That is the basis for a charge by Democrats that Trump abused power.

Trump has also instructed current and former members of his administration not to testify or produce documents, leading senior officials like Secretary of State Mike Pompeo to defy House subpoenas. Democrats say that behavior constitutes obstruction of Congress, forming the basis of the other impeachment charge.

Trump denies any wrongdoing and has condemned the impeachment inquiry as unfair. His Republican allies in Congress argue that there is no direct evidence of misconduct and that Democrats have conducted an improper process that did not give the president an opportunity to mount his own defense.

If the House impeaches Trump, who is charged with abuse of power and obstruction of Congress, he would then go on trial in the Senate. The Republican-led chamber is unlikely to vote to find the president guilty and remove him from office.

Republicans on the committee said that there were no crimes alleged in the impeachment articles and that “abuse of power” had become a catch-all for Democratic complaints about Trump.

“This notion of abuse of power is the lowest of low-energy impeachment theories,” said Republican Representative Matt Gaetz.