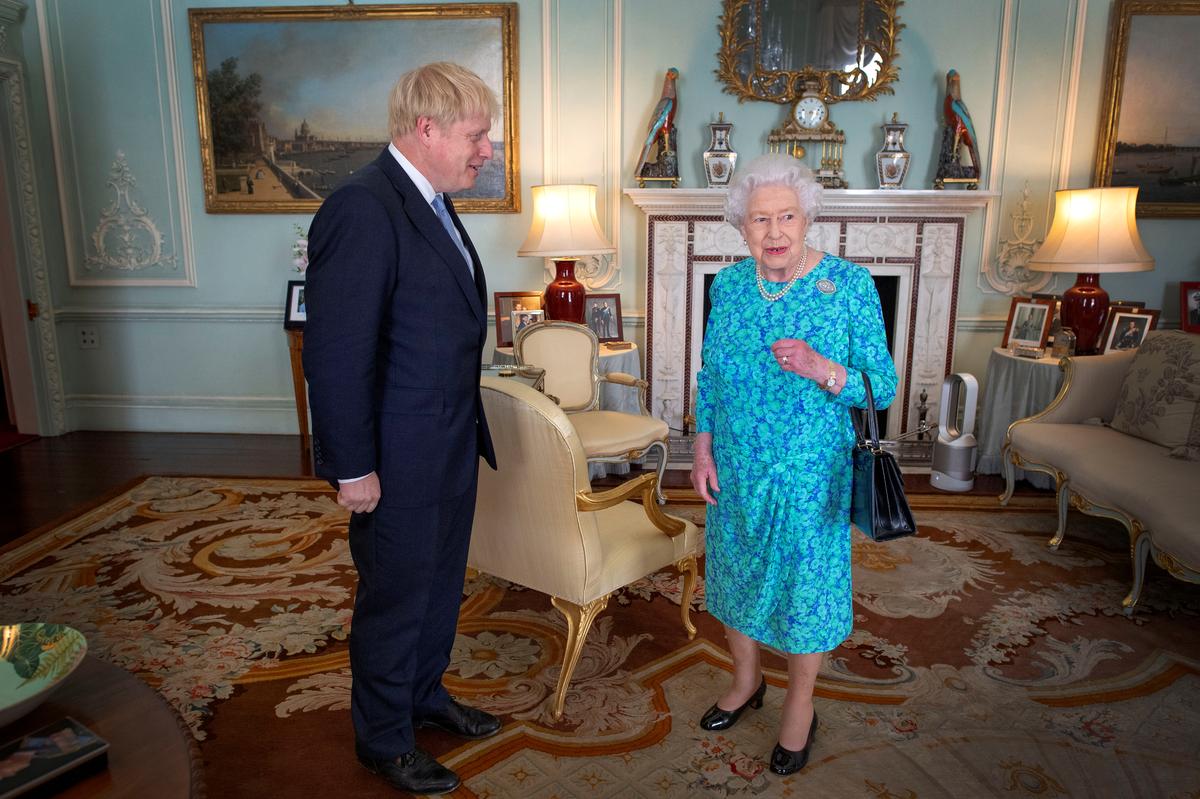 LONDON (Reuters) – Queen Elizabeth will set out on Thursday Prime Minister Boris Johnson’s legislative agenda following his election victory, including a pledge to bring the EU Withdrawal Agreement bill back to parliament before Christmas, his office said on Saturday.

FILE PHOTO: Queen Elizabeth II speaks to Boris Johnson during an audience in Buckingham Palace, where she will officially recognise him as the new Prime Minister, in London, Britain July 24, 2019. Victoria Jones/Pool via REUTERS

Johnson led his Conservative Party on Thursday to their biggest national election win since Margaret Thatcher’s landslide victory of 1987, trouncing his socialist Labour Party opponent Jeremy Corbyn by winning 365 parliamentary seats and securing an overall majority of 80. Johnson fought the election on the slogan “Get Brexit done”.

The so-called Queen’s Speech is used to detail all the bills the government plans to enact over the coming year. It is written by the government and is delivered by the monarch from a throne in parliament’s gilded House of Lords debating chamber.

Thursday’s speech to parliament will be the 93-year-old queen’s second in as many months. She made one on Oct. 14, shortly before the election was called following a prolonged deadlock in parliament over the government’s Brexit plans.

The October speech laid out 22 new bills – pieces of proposed legislation – including several covering tougher treatment for foreign criminals and sex offenders, and new protection for victims of domestic abuse.

Johnson’s office said Thursday’s speech was expected to provide continuity with what the queen outlined in October, with some additions to strengthen the justice system and enshrine in law a multi-year funding settlement for Britain’s state-funded National Health Service.

The new government’s top priority, however, will be to finally secure parliamentary approval for the bill to take Britain out of the European Union. Johnson said on Friday Britain would leave the EU on Jan. 31, “no ifs, no buts, no maybes”.

The Queen’s Speech will also detail plans to provide a better service for rail commuters, greater protection for people who rent their homes, and stop local authorities boycotting products from other countries such as Israel.

The restoration of devolved government in Northern Ireland after a near three-year hiatus and “a strong United Kingdom” will also be a focus of Johnson’s government, his office said.

Earlier on Saturday, Johnson visited former strongholds of his Labour opponents in northern England and pledged to repay their trust for helping to deliver his stunning election victory.

He has previously promised to spend more money on health, education and the police, and to build more infrastructure, especially in northern England and the Midlands.