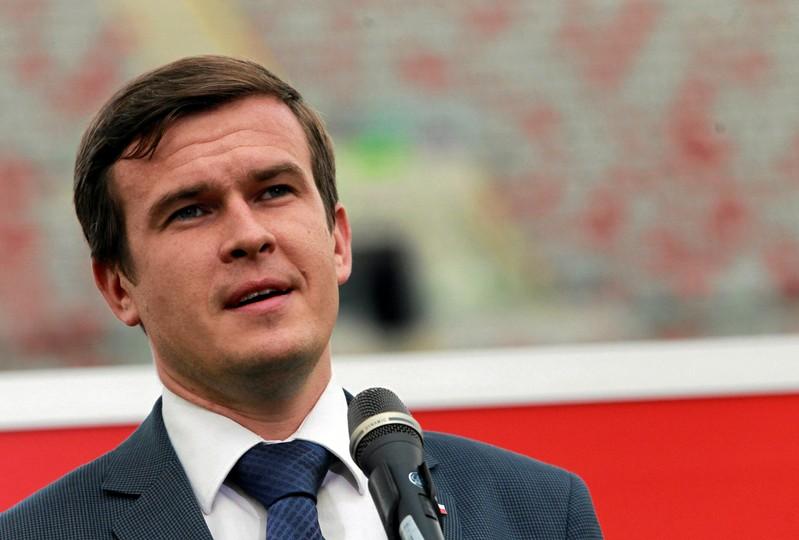 KATOWICE, Poland (Reuters) – Polish Tourism and Sports Minister Witold Banka was officially appointed as the next president of the World Anti-Doping Agency on Thursday, succeeding outgoing Craig Reedie on Jan. 1.

Banka, whose appointment was rubber-stamped by the body’s Foundation Board on the final day of the world conference on doping in sport, has pledged to attempt to eradicate doping, a lofty goal with WADA currently locked in one of the biggest scandals to hit world sport.

For more than four years Russia has been the focus of several investigations and sanctions after a 2015 WADA-commissioned report highlighted a vast doping network in the country’s sports community.

“We have the same objective and goals in our hearts, to clean up sport and create a fair environment,” Banka said in a brief address after a unanimous election.

“I promise you to try to always build bridges with all stakeholders. I am sure together we will make anti-doping systems stronger.”

WADA also approved a revision of its World Anti-Doping Code which will enter into force on Jan. 1, 2021 after a two-year consultation process.

Among the changes are considerably lower sanctions for the use of illicit drugs, taken not to enhance performances but for recreational purposes, such as marijuana and cocaine.

Athletes will be banned for weeks instead of years for such an anti-doping rule violation if they can establish that the use of such banned substances was unrelated to their sport performance.

Successful completion of a rehab treatment program can further reduce the suspension.