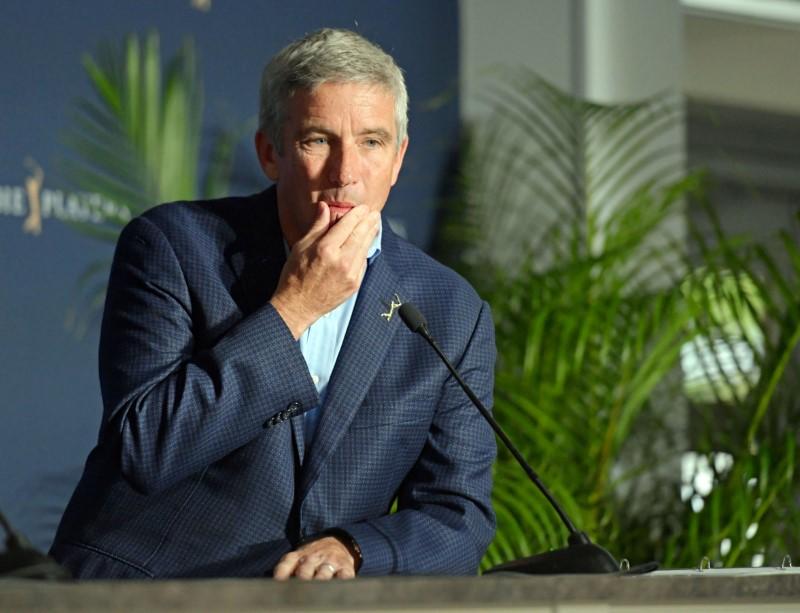 PGA Tour commissioner Jay Monahan is giving up his salary with the circuit in a shutdown due to the coronavirus pandemic.

Golfweek first reported the news on Friday, and ESPN later confirmed it.

The report also indicated that members of Monahan’s “senior management team,” including executive vice presidents, are taking 25 percent salary cuts. Monahan and the other executives reportedly made the concessions voluntarily during a Thursday conference call.

Salaries for all other PGA Tour employees are frozen at their 2019 amounts, per Golfweek.

Monahan made $3.9 million in salary, bonuses and incentives in 2017, according to Golfweek. Per the report, 2017 was the most recent year for which a tax filing is available publicly, but his current salary is likely higher.

Since halting The Players Championship after the opening round on March 12, the PGA Tour has canceled eight events and postponed another.

Two majors that aren’t run by the PGA Tour also have been postponed: The Masters, scheduled for April 9-12 at Augusta (Ga.) National, and the PGA Championship, scheduled for May 14-17 at TPC Harding Park in San Francisco.

The full list of events affected by the PGA Tour’s hiatus:

The next PGA Tour event that at the moment is still set to be played on time is the Charles Schwab Challenge at Colonial Country Club in Fort Worth, Texas, May 21-24.