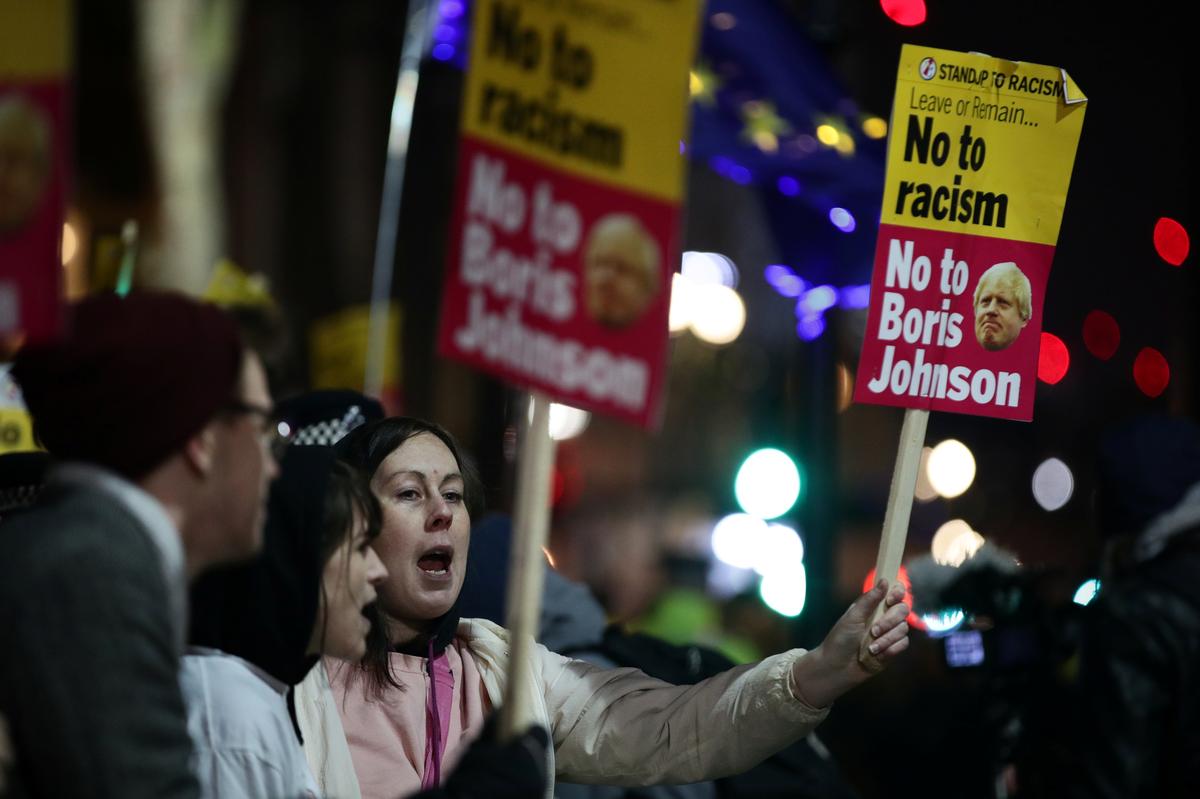 LONDON (Reuters) – Several hundred noisy protesters marched through central London on Friday to protest against Britain’s election result, chanting “Boris Johnson: Not My Prime Minister” and “Boris, Boris, Boris: Out, Out, Out”.

The protesters, brandishing signs that read “Defy Tory (Conservative) Rule” and “Refugees Welcome”, walked at speed from outside Johnson’s Downing Street residence to Trafalgar Square and on to the theatre district, blocking traffic and drawing a heavy police presence.

Johnson’s Conservatives won Thursday’s election by a large margin. On Friday he called for “closure” over the Brexit divisions that have riven the United Kingdom for the past three and a half years.

Prepare to study in Canada
Study permit: Who can apply
Canada Immigration Drives Fastest First Quarter Population Growth For 30 Years
Canada Has 3 Of The Most Livable Cities In The World
Spike in Canadian Immigration Due to New US Abortion Restrictions
Temporary Workers, International Students More And More Important To Canada
How Do I Get In The Canada Express Entry Pool?