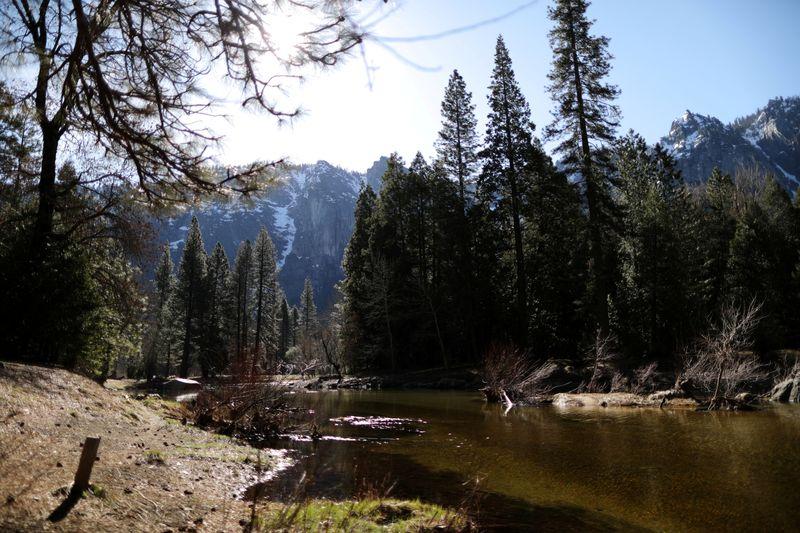 (Reuters) – A bear ambles across a forest glade and a herd of deer stroll down a silent road. At Yosemite National Park in Northern California, coronavirus restrictions mean no tourists – and bolder wildlife.

“It’s an amazing scene where you hear the natural sounds of the river, wildlife and the birds. The wildlife is getting a little bit bolder now because there are few people around.”

Yosemite, one of the best-known national parks in the United States, has been closed to all except a few employees and local residents since March 20, in response to the public health emergency triggered by the coronavirus.

The park, famed for its waterfalls and giant sequoia trees, normally attracts over 3 million visitors a year, most of whom arrive between April and October.

“We are trying to anticipate and plan how the park will be when it reopens, because, you know, it won’t be business as usual this summer,” said Dean, whose nonprofit organization protects the park and runs services for visitors.

Dean added that he expected visitor patterns to be different once it does reopen – people may be reluctant to visit the restaurant or visitor center, for instance.

In the meantime, the wildlife is having a ball.

“I think nature is obviously welcoming the change,” said Dean. Bears, coming out of hibernation, were being seen more frequently as they were less secretive and felt more comfortable, he said.

Coyotes were the most noticeable change, said Dean.

“They are out in the daytime now and they’re not afraid. I mean, they’re just sort of walking by people and walking around, among buildings.”