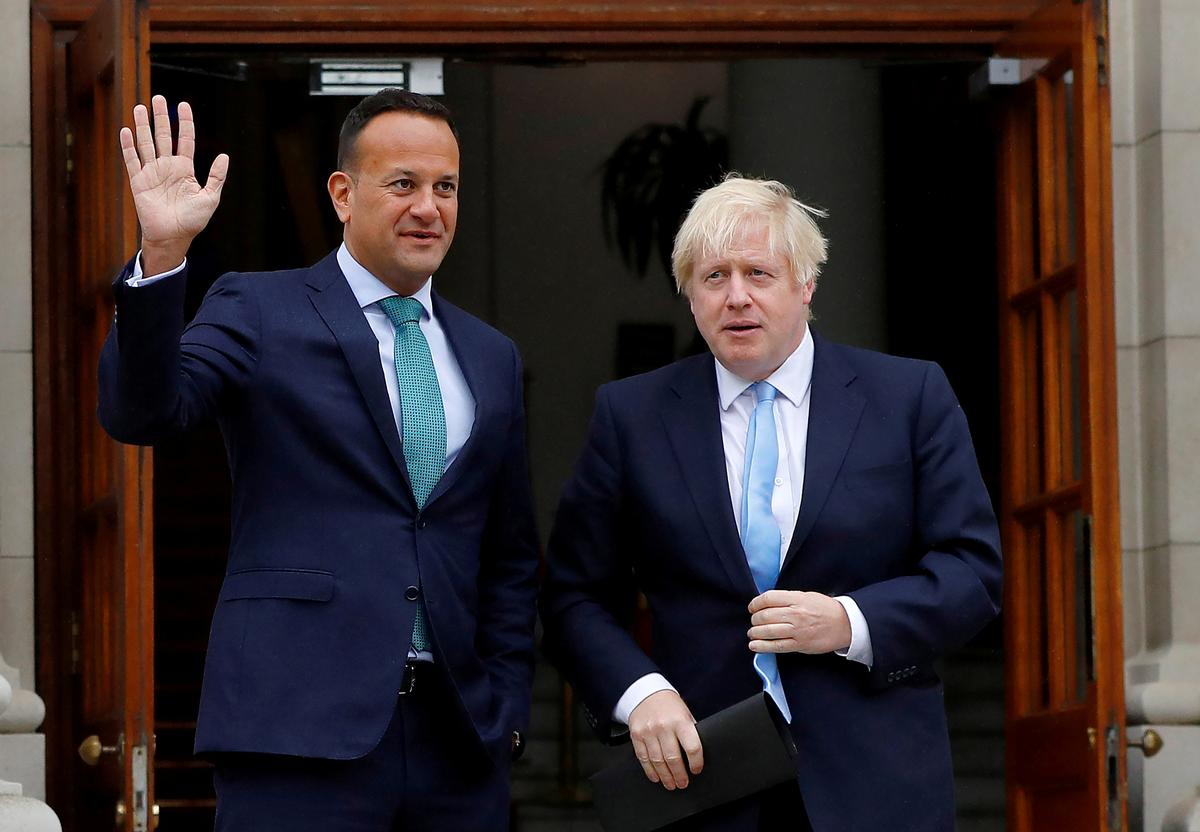 LONDON (Reuters) – Prime Minister Boris Johnson will meet his Irish counterpart on Thursday in a last-ditch attempt to revive a British proposal for a Brexit deal that the European Union said falls far short of what is needed for an orderly divorce.

Just three weeks before the United Kingdom is due to leave the world’s biggest trading bloc, it is still unclear on what terms it will leave or indeed whether it will become the first sovereign state to depart the European project.

Brexit descended into a public row between London and Brussels this week after a Downing Street source said a Brexit deal was essentially impossible because German Chancellor Angela Merkel had made unacceptable demands.

The EU accused Johnson of playing a “stupid blame game” and bluntly told London on Wednesday – exactly a week since Johnson’s initial bid for a last-minute deal – that it would have to make further significant concessions.

As both sides position for another delay followed by a British election, or an acrimonious divorce on Oct. 31, Johnson will meet Irish Prime Minister Leo Varadkar at an undisclosed location in the north west of England on Thursday.

“This will be a private meeting to allow both leaders and their teams to have detailed discussions,” the offices of both leaders said in identical statements.

Johnson said he was cautiously optimistic, though Varadkar said on Tuesday that it would be very difficult to strike a Brexit deal by next week – when the EU holds a crucial Oct. 17-18 summit.

“They’re seriously focused on trying to resolve this issue and trying to get a deal,” junior business minister Kwasi Kwarteng said.

EU diplomats, though, are sceptical about the chances of a deal. Most expect Johnson to be forced to accept a delay to Brexit – a step that could ultimately lead to either a disorderly exit or the reversal of the entire Brexit endeavour.

NO DEAL BY DEFAULT?

Britain’s former foreign minister Jeremy Hunt cautioned that a “catastrophic failure in statecraft” could lead to a no-deal Brexit as Johnson would likely win an election and, then emboldened, be unwilling to compromise.

Hunt said the EU was misreading British domestic politics as it had when dealing with both former prime ministers David Cameron and Theresa May.

“If Boris wins, which is what the polls are saying, at the moment, and he comes back with a majority, that British government will be much less willing to compromise,” Hunt told the BBC.

Ireland is crucial to any Brexit solution. Dublin who must approve any plan for the border between the UK province of Northern Ireland and Ireland.

Though Ireland is only about an eighth of the size of the United Kingdom’s $2.8 trillion economy, Dublin is backed by the rest of the European Union whose economy – minus the United Kingdom – is worth $15.9 trillion.

While Ireland would be very badly affected by a no-deal Brexit, the relative importance of Ireland in the negotiations up-ends almost a thousand years of history in which Dublin has had a much weaker hand than London.

The European Union’s two most powerful leaders, Germany’s Merkel and French President Emmanuel Macron, will meet at the Elysee Palace on Sunday ahead of the Oct. 17-18 EU summit, Macron’s office said.