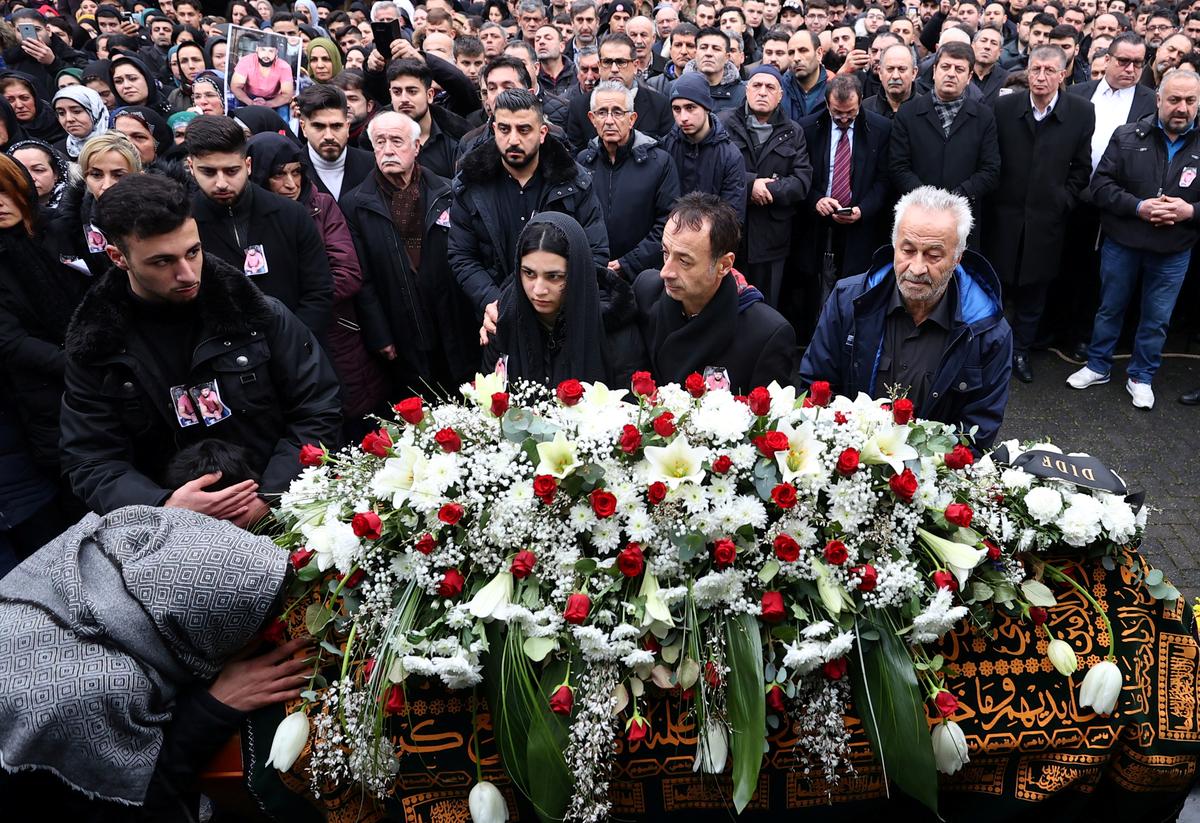 BERLIN (Reuters) – Germany has discovered eight right-wing radicals in its armed forces and 27 individuals who have reservations about the constitution, according to a report commissioned to help root out extremism in the military after a scandal in 2017.

FILE PHOTO: People attend a funeral service for one of the victims after shisha bar shootings in Hanau, Germany, February 24, 2020. REUTERS/Kai Pfaffenbach

Germany is struggling to tackle a rise in right-wing radicalism which has culminated in attacks including a shooting rampage in Hanau two weeks ago when a racist gunman killed 11 people, including migrants and himself.

The report, by German military intelligence and seen by Reuters, showed that in addition to the eight people categorized as “right-wing extremists”, a further two were members of a network that claims allegiance to the pre-war German Reich.

“There is no place for extremism in the armed forces,” said the report, submitted to parliament but not yet officially presented.

“(The report) represents an important pillar in guaranteeing a transparent and unified picture of the situation,” it said.

By comparison, the report showed four confirmed Islamists and no established Left wing militants in the armed forces, which has a total of 265,000 uniformed and civilian employees.

The investigations were prompted by the arrest in 2017 of an army officer who was suspected of planning a racially motivated attack. Legal proceedings in that case are continuing.

Also in 2017, Nazi memorabilia, including Nazi-era Wehrmacht helmets, was found at a barracks. While possessing Wehrmacht items is not an offence, the then defense minister, Ursula von der Leyen, said any veneration of Hitler’s army was unacceptable.

The numbers may not look high, but given Germany’s Nazi past, many lawmakers insist on ‘zero tolerance’ and demanded action.

“This overview is long overdue and can only be the beginning,” said Greens lawmaker Agnieszka Brugger, in a statement after the report was leaked to some media, adding that right-wing extremism was a threat to Germany’s democratic order.

“Swift and decisive action must follow on from these findings, the people who have been found must leave the armed forces as soon as possible,” she added.

The report did not make clear recommendations on what steps the authorities should now take as a result of its findings, but the study will keep monitoring suspected cases and regularly inform parliament and the public.