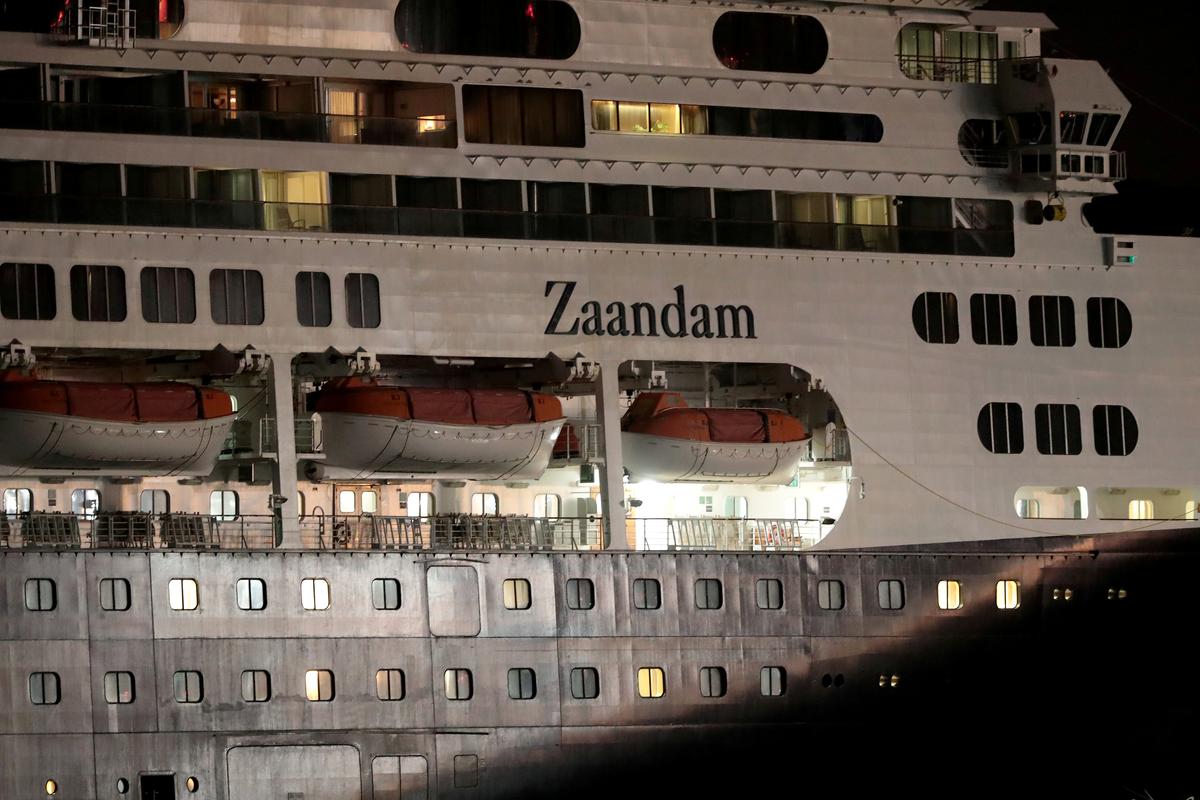 FILE PHOTO: The cruise ship MS Zaandam, where passengers have died on board, navigates through the pacific side of the Panama Canal, in Panama City, Panama, as the coronavirus disease (COVID-19) outbreak continues, March 29, 2020. REUTERS/Erick Marciscan/File Photo

WASHINGTON – A deal has been reached to allow two Holland America Line ships to dock in Florida and most of the 2,500 passengers on board to disembark, including foreign nationals, NBC News reported on Thursday, citing unnamed sources.

The agreement would allow the cruise line’s Rotterdam and Zaandam ships to dock at the Port of Everglades in Fort Lauderdale after 27 days at sea, according to NBC.

Not all passengers would be leaving the ships, NBC said, adding 45 severely sick passengers will remain on board. Nine people suspected to have COVID-19, the disease caused by the novel coronavirus, will go to a Broward Health hospital while foreign nationals will board buses directly to an airport before flying by charter planes back to their home countries, according to the news network.

The deal comes after U.S. President Donald Trump, who recently changed his residency to Florida from New York, earlier this week urged the state’s governor to drop his opposition to accepting the ships.

Florida Governor Ron DeSantis, who had opposed the ships’ arrival in his state, on Wednesday issued a stay-at-home order that shuttered most of the state.

Representatives for the cruise line and the state could not be immediately reached to comment on the NBC report.