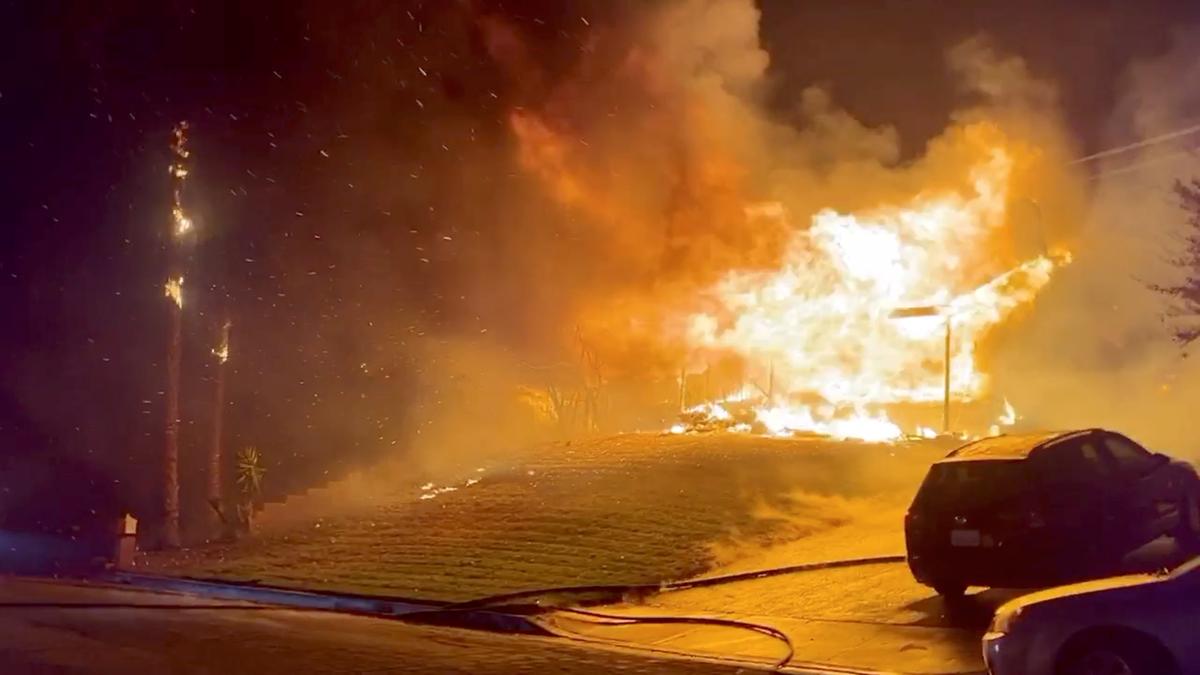 LOS ANGELES (Reuters) – Firefighters began to get the upper hand on a destructive wildfire in a Southern California farming region on Saturday, taking advantage of lighter winds as authorities let some evacuated residents return home.

FILE PHOTO: A house burns during wildfires in San Bernardino, California, U.S. October 31, 2019 in this screen grab obtained from a social media video. 564FIRE via REUTERS

The Maria fire erupted on Thursday near the community of Santa Paula, about 70 miles (110 km) northwest of downtown Los Angeles, and it has since charred 9,400 acres (3,800 hectares) of dry brush and chaparral, officials said.

Firefighters have scrambled to protect tens of millions of dollars worth of citrus and avocado crops in harm’s way, as well as oil industry infrastructure.

The blaze, which was 20% contained on Saturday, is the most pressing emergency facing California firefighters, with several other blazes in the state largely contained.

More than 10,000 people were under evacuation orders at the height of the blaze.

“We’re taking advantage of the good weather we have right now,” McGrath said by phone.

The fire has destroyed three structures but not caused any injuries, he said.

Southern California Edison has told state authorities that 13 minutes before the fire started, it began to re-energize a circuit near where flames first erupted, said a spokesman for the utility, Ron Gales.

Southern California Edison had shut off power in the area because of concerns that an electrical mishap could spark a wildfire. The utility and fire officials have said the cause of the blaze is still under investigation.

The Maria Fire erupted after fierce Santa Ana desert gusts howled across much of Southern California. Santa Ana winds and similar gusts in Northern California have intensified a number of wildfires in the state this fall.

The state’s largest blaze, the Kincade Fire in Sonoma County north of San Francisco, was 72% contained on Saturday after burning nearly 80,000 acres and destroying more than 370 structures since it started on Oct. 23, officials said.