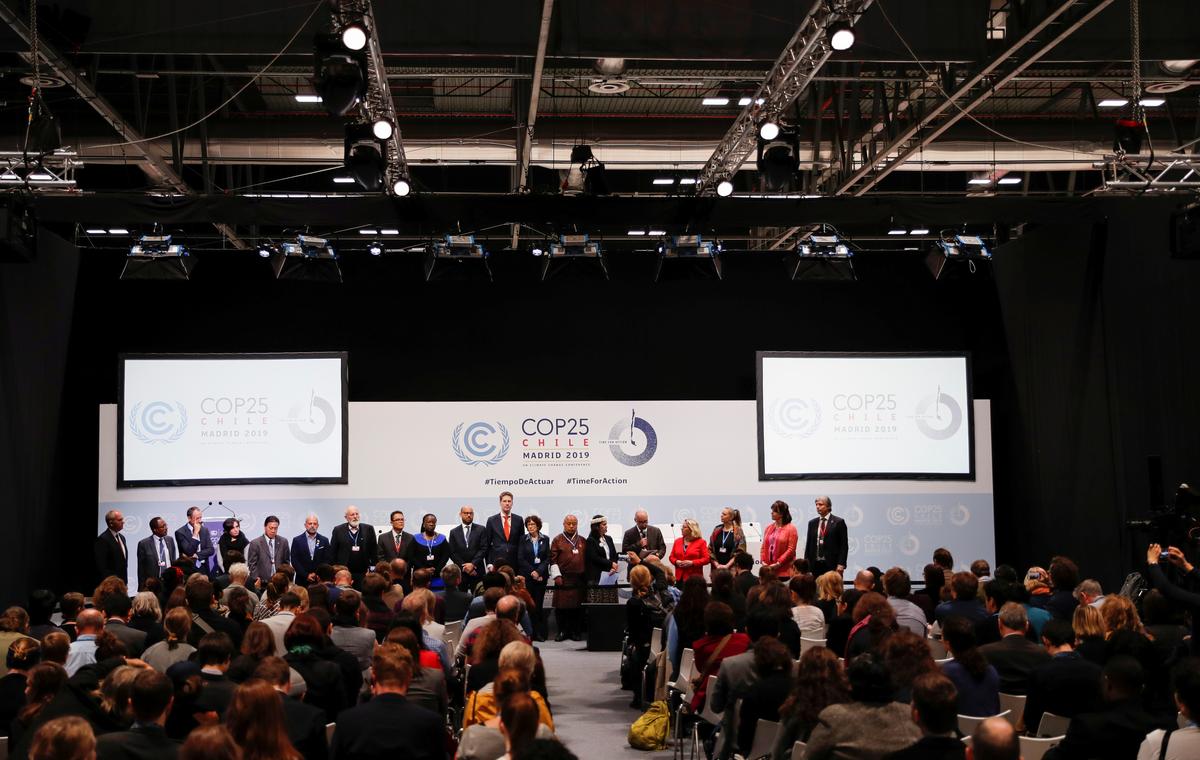 With the final hours of the two-week gathering still mired in multiple interlocking disputes over how to implement the 2015 Paris Agreement on global warming, Chile, presiding over the talks, tried to inject a note of optimism.

“Today is the day when we must show the world that we are capable of delivering the agreements that are needed to tackle the unprecedented challenge before us,” Andrés Landerretche, a Chilean official, told a news conference.

But observers said delegates were struggling to resolve the question of whether big emitters will signal their intent to raise their emissions-cutting targets next year, when the Paris deal enters a make-or-break implementation phase.

“The fate of the Paris Agreement is in the balance,” said Andrew Norton, director of the International Institute for Environment and Development, a London-based think tank.

Fast-growing emerging economies such as China, India and Brazil are reluctant to commit themselves to unveiling new goals so soon, observers say, fearing they will end up paying the price of emissions cuts that should be borne by the rich.

The European Union, whose members, barring Poland, agreed to reach net zero carbon emissions by 2050 at a summit in Brussels on Thursday, is pushing for a more ambitious statement of intent, along with many of the most vulnerable developing countries.

After two weeks of talks in Madrid, held after months of preparation, ministers were holed up in small groups attempting to break deadlocks over financial aid for states at most risk from climate change, and rules governing carbon markets.

Progress on those issues would help deliver the bigger prize: a clear statement from the gathering that governments are committed to honoring the Paris deal by imminently announcing more ambitious action to wean themselves off fossil fuels.

“There is a very big question on the commitment of the parties to the Paris Agreement,” said Mohamed Nasr, chair of the Africa bloc of negotiators.

With scientists warning that the window to prevent the Earth’s climate hitting irreversible tipping points is fast closing, an increasingly strident activism movement says a strong signal from the summit is the only acceptable outcome.

“We’ve had 25 years of talks and the only thing that really matters is global emissions are still rising,” said Tim Crosland, a prominent member of Extinction Rebellion, a civil disobedience campaign, after meeting officials at the talks.

Campaigners are concerned that as negotiations dragged on into the early hours of Saturday, delegates may be tempted to hastily adopt weak resolutions to conclude the marathon.

The talks have been overshadowed since the outset by a formal move by U.S. President Donald Trump to begin withdrawing from the Paris accord last month.

Observers said the U.S. delegation repeated a pattern seen at past talks of blocking progress toward ensuring poor countries can secure compensation for climate-related losses.

But the weight of negotiating effort focused on trying to persuade Australia, Brazil and others to drop their insistence on carrying over credits from old carbon trading schemes.

The EU and small island states say that continuing to count such credits would dramatically weaken the fight to curb emissions.

Brazil has also come under fire for opposing attempts to impose gold standard accounting rules on the carbon trade.

“We don’t want any accounting tricks being created here,” said Sam Van den plas, policy director at Carbon Market Watch, an advocacy group. “It would be a massive disaster … if we end up with flawed and weak rules.”

Prepare to study in Canada
Study permit: Who can apply
Spike in Canadian Immigration Due to New US Abortion Restrictions
Ontario Immigration’s PNP Gets Increased 2022 Nomination Allocation
Canada Has 3 Of The Most Livable Cities In The World
Canada Immigration Drives Fastest First Quarter Population Growth For 30 Years
How Do I Get In The Canada Express Entry Pool?