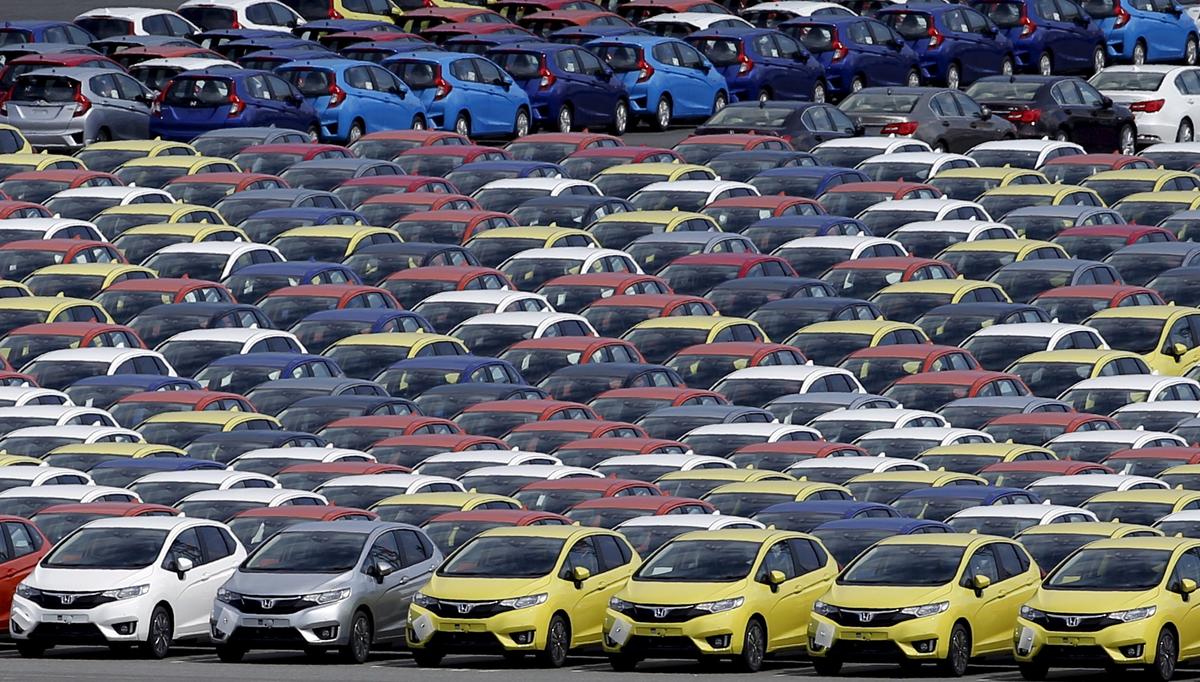 WASHINGTON (Reuters) – The collateral damage of the United States’ trade wars is being felt from the fjords of Iceland to the auto factories of Japan.

Central bank governors and finance ministers traded grim tales of suffering economies at the International Monetary Fund and World Bank fall meetings in Washington this week. Some also noted how far U.S. policy had shifted from the 1940s, when Washington co-founded the IMF.

At that time, “the world economy had been hammered for over a decade by high tariff barriers, depression and war,” prompting then-U.S. Treasury Secretary Henry Morgenthau to champion a global economic system, World Bank President David Malpass told attendees at a session this week.

The U.S. message then, Malpass said, was: “First, there’s no limit to prosperity. Second, broadly shared prosperity benefits everyone.”

As the IMF’s gathering of 189 member-nations drew to a close, the unintended negative impacts of the trade wars were becoming clear, IMF Managing Director Kristalina Georgieva said. “Everybody loses.”

The United States, the world’s largest importer, started a bitter tariff war with China, the world’s largest exporter, 15 months ago. U.S. President Donald Trump is also in the midst of renegotiating, and sometimes upending, trade relationships with many of Washington’s top trading partners.

The fallout will slow global growth in 2019 to 3.0%, the slowest pace in a decade, the IMF estimated this week.

This pain is not being shared equally. The United States remains the least exposed of the world’s 20 largest economies to a drop in exports in part because of its massive domestic consumer spending base. (Here’s a graphic that shows the impact of tariffs in the United States and around the world. tmsnrt.rs/2OZJQba)

The damage is being particularly felt in European countries which “rely on exports and are open to trade,” the European Union’s Economic and Financial Affairs Commissioner Pierre Moscovici said.

More than 40% of Germany’s GDP was derived from exports in 2018, the most of any major global economy. Uncertainty in the business community is widespread, German Finance Minister Olaf Scholz told reporters.

German trade group BGA recently revised down its growth forecast for German exports in 2019 to just 0.5%, from 1.5%. As a result, many companies are scaling back their investment plans, something that will have repercussions for years to come.

Scholz said concerns over Britain’s impending departure from the EU and the bloc’s trade dispute with the United States were clearly dampening global economic growth.

“The most important problem remains those factors that we cannot measure – specifically the reluctance to invest,” Scholz said.

The pain is being felt in countries that don’t rely on exports too, such as Iceland, which became the first developed economy to seek aid from the IMF after a 2008 banking collapse. Since then, it has rebuilt its economy in what’s been called a miraculous recovery. Now, that is threatened.

“We have become dependent on tourism,” explained Ásgeir Jónsson, the governor of Iceland’s central bank, with annual visitors growing five-fold to 2.5 million since the crisis. Foreign arrivals, however, have plummeted since the trade wars started, and are down 15.6% this summer from the year before.

Iceland, with a population of about 300,000, built foreign currency reserves on the back of the increase in visitors, he said, but those are dropping too.

Trade links between countries have led to a more peaceful world in recent decades, but recent experience shows “you can never take global trade for granted,” Jónsson said.

The softness in production was largely due to car exports to the United States turning weaker, after growing steadily until the spring, a government official said at a briefing.

The United States hasn’t been immune from the impact of the trade wars. American farmers have been particularly hurt by Chinese tariffs on U.S. agricultural products, prompting the Trump administration to give billions in aid to the farm belt.

The trade tensions are helping to spur a push among African nations to create a more self-reliant continent. “We must take it upon ourselves to grow trade among ourselves,” said Ukur Yatani Kanacho, Kenya’s acting cabinet secretary for treasury.

Abdoulaye Daouda Diallo, the finance minister of Senegal, told reporters the U.S.-China trade tensions would affect African nations in the energy sector and cut funds available on financial markets. The dispute underscored the importance of the African Continental Free Trade Agreement, he said.

Other emerging markets are also coming under pressure.

Making matters worse, “the intensification of geopolitical conflicts led to rising oil and natural gas prices in the world,” she said.

Bahrain’s Finance Minister Sheikh Salman bin Khalifa Al Khalifa said the Gulf region was also affected by trade tensions and the resulting slowdown in investment, although geopolitical concerns – about Iran, for example – were another major factor.

“Trade tensions create uncertainty and nobody is insulated from uncertainty,” he told Reuters.

World Bank President David Malpass responds to a question from a reporter during an opening press conference at the IMF and World Bank’s 2019 Annual Fall Meetings of finance ministers and bank governors, in Washington, U.S., October 17, 2019. REUTERS/Mike Theiler

Peru cut its 2019 economic growth estimate to 3% in August, from 4.2%, citing trade factors. Mexico is edging closer to a recession that its officials say might be more difficult to reverse than during the last downturn more than a decade ago.

“The Great Recession basically caught everybody by surprise, but economies were willing to cooperate and work together to pull it out,” Mexican Finance Minister Arturo Herrera said. “This slowdown is taking nobody by surprise, but there is very little appetite for cooperation.”