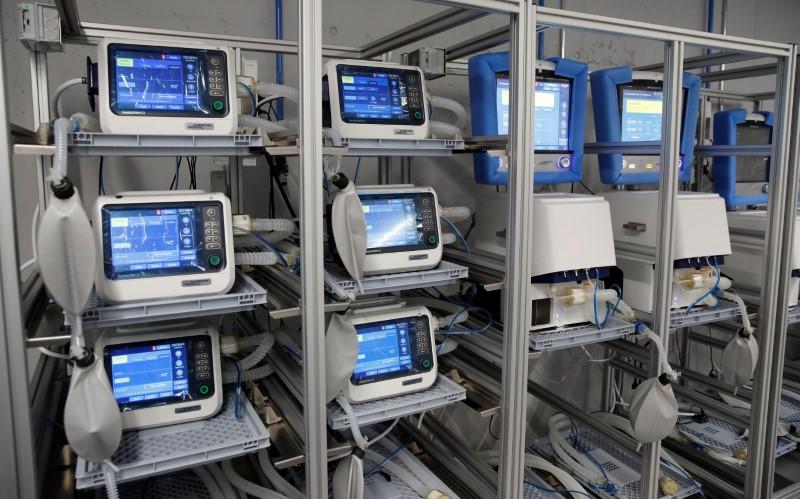 Ventilators of Hamilton Medical AG are seen at a plant in Domat/Ems, Switzerland March 18, 2020. REUTERS/Arnd Wiegmann

EMS, Switzerland (Reuters) – Britain faces a “massive shortage” of ventilators that will be needed to treat critically ill patients suffering from coronavirus, after it failed to invest enough in intensive care equipment, a leading ventilator manufacturer said on Wednesday.

“They’re going to have a massive shortage, once the virus really arrives there,” he told Reuters in an interview.

Ventilators are used to help people with respiratory difficulties to breathe.

Wieland’s company in the Swiss Alps has boosted normal production of some 15,000 ventilators annually by 30-40% and now can produce about 80 ventilators daily.

Last week, it shipped 400 of the devices to Italy, whose intensive care units have been overwhelmed by more than 35,000 cases of the rapidly spreading virus and almost 3,000 deaths.

Wieland said a similar outbreak in Britain, now with more than 2,600 cases and about 100 deaths, would swamp the system there, too. “They are not well equipped with ventilators and intensive care stations,” he said. “They invested very little, and I think now they will pay the price.”

Wieland said he was in “close contact” with UK medical leaders and aimed to prioritise shipments there soon, though for now Italy was taking precedence.