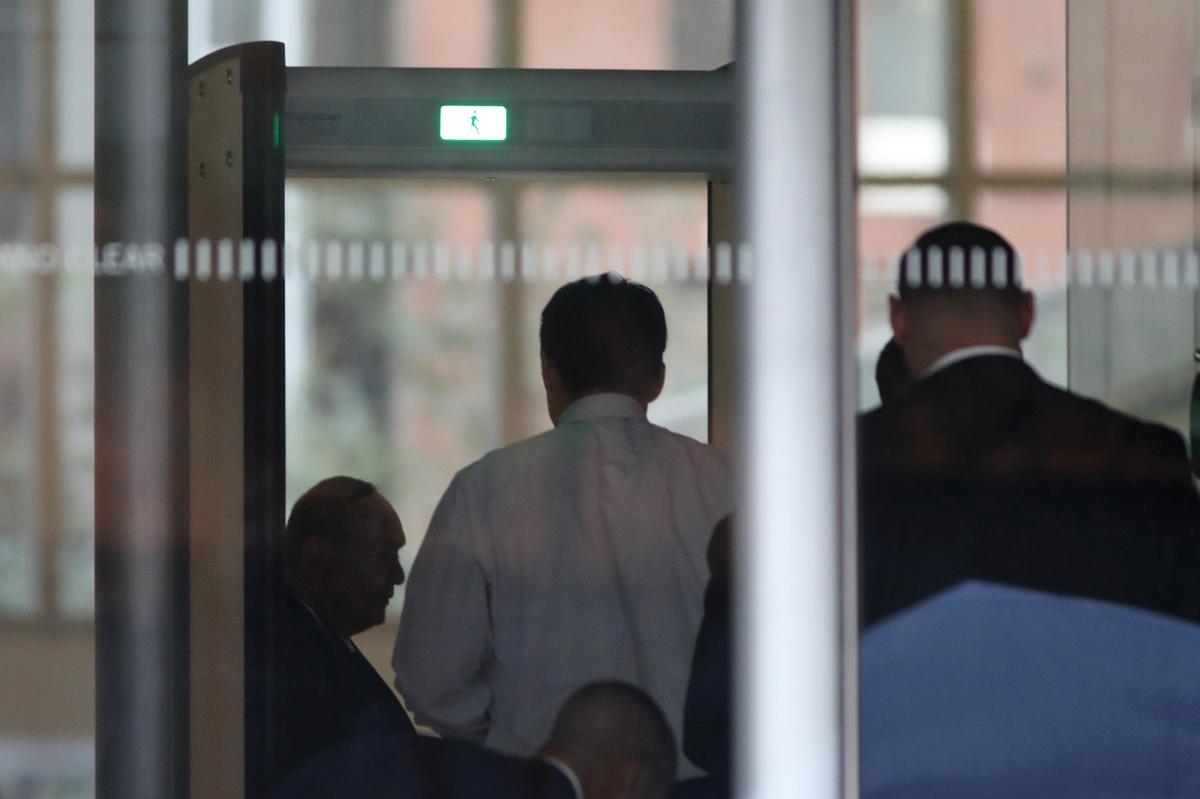 LOS ANGELES (Reuters) – Elon Musk, wrapping up two days of testimony at his defamation trial on Wednesday, insisted his “pedo guy” Twitter message at the heart of the case was an “off-the-cuff” insult hurriedly written in anger and not meant to be taken literally.

Elon Musk passes through security as he arrives at court for trial in a defamation case filed by British cave diver Vernon Unsworth who is suing the Tesla Inc chief executive for calling him a “pedo guy” in one of a series of tweets, as the case begins in Los Angeles, California, U.S., December 4, 2019. REUTERS/David McNew

The chief executive of electric carmaker Tesla Inc (TSLA.O) and founder of rocket company SpaceX also acknowledged in a packed Los Angeles federal courtroom his net worth, mostly from stock holdings in those two companies, was about $20 billion.

“Sometimes people think I have a lot of cash. I actually don’t,” he said.

Musk, 48, the first witness to testify at his trial, also apologized again from the stand to the plaintiff, Vernon Unsworth, the British cave explorer and diver who is seeking unspecified compensatory and punitive damages in the case.

After leading a successful rescue of 12 boys and their soccer coach from a flooded cave in Thailand in July 2018, Unsworth in a CNN interview mocked Musk’s offer of a mini-submersible as a public relations stunt, and said Musk could “stick his submarine where it hurts.”

Musk testified he took to Twitter two days later to lash back at Unsworth because he found Unsworth’s comments “extremely rude and contemptuous.”

“This was very much an off-the-cuff response,” Musk said.

Asked whether he was accusing Unsworth of the crime of pedophilia by referring to him as “pedo guy” in a series of tweets, Musk said, “absolutely not.”

“It’s an insult, like saying mother-effer doesn’t actually mean someone having sex with their mother,” he said, using a sanitized version of a more vulgar expression.

Musk’s “pedo guy” tweet is one of three tweets that Unsworth has said defamed him and harmed his reputation. In one of the others, Musk wrote: “Bet ya a signed dollar it’s true,” in response to a Twitter follower asking whether he was really suggesting that Unsworth was a pedophile.

On the witness stand on Wednesday, Musk downplayed that tweet, saying: “It’s obviously a low-stakes wager.”

U.S. District Judge Stephen Wilson has said the case hinges on whether a reasonable person would take Musk’s tweets to mean that he was calling Unsworth a pedophile.

To win the defamation case, Unsworth needs to show that Musk was negligent in publishing a falsehood that clearly identified him and caused him harm. “Actual malice” by Musk does not need to be proven because the judge deemed Unsworth a private individual, not a public figure.

Although the case does not involve Tesla, Musk’s Twitter habits have long been under close scrutiny, with the company’s investors and regulators expressing concerns about his tweets.

With 29.9 million followers, Musk’s social media account is a major source of publicity for the Palo Alto, California-based Tesla, which does not advertise.