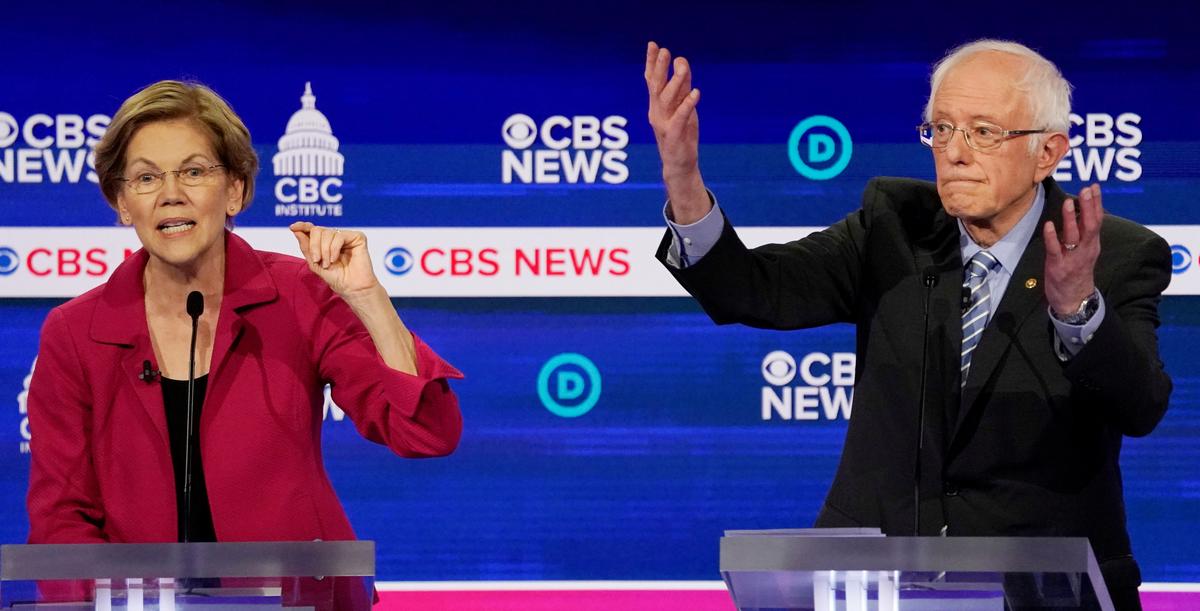 WASHINGTON (Reuters) – Banning hydraulic fracturing and halting new drilling on federal land would cost the U.S. economy $7 trillion in the next decade and kill millions of jobs, the U.S. oil industry’s main lobby group said on Thursday in a report targeting the climate plans of top Democratic presidential candidates.

The report from the American Petroleum Institute underscores mounting concern in the U.S. drilling industry over the possibility a candidate in favor of rapidly ending the fossil fuel economy to fight global warming will win the Democratic Party’s nomination to face Republican President Donald Trump in the November election.

U.S. Senator Bernie Sanders, a democratic socialist who is the current front-runner to win the nomination, and Senator Elizabeth Warren, who is also in the race, have vowed to ban hydraulic fracturing style-drilling nationwide, stop offering drilling leases on public land, and re-impose a moratorium on crude oil exports if elected. Other Democratic presidential candidates have offered more moderate plans here

“The U.S. energy revolution … is dynamic and game-changing for the U.S. economy and energy security. Yet, banning fracking and halting federal natural gas and oil leasing has been proposed,” API said, without mentioning the presidential race.

The group said its modeling showed that proposals to ban fracking and end public drilling leases would lead to a $7.1 trillion reduction in cumulative gross domestic product by 2030, and cut millions of jobs in places like Texas, California, Florida, Pennsylvania and Ohio.

It added that it expected such proposals would increase U.S. reliance on foreign energy sources, and boost costs for homeowners and farmers.

Democratic presidential contenders, meanwhile, have argued that climate change is an urgent global threat and that a transition to a clean energy economy can create huge economic growth. They have offered plans to help retrain oil, gas and coal workers for new jobs.

Trump, who is seeking a second term in the White House, wants to maximize U.S. energy production and has downplayed the threats from global warming. The United States has grown in recent years into the world’s largest producer of oil and gas.