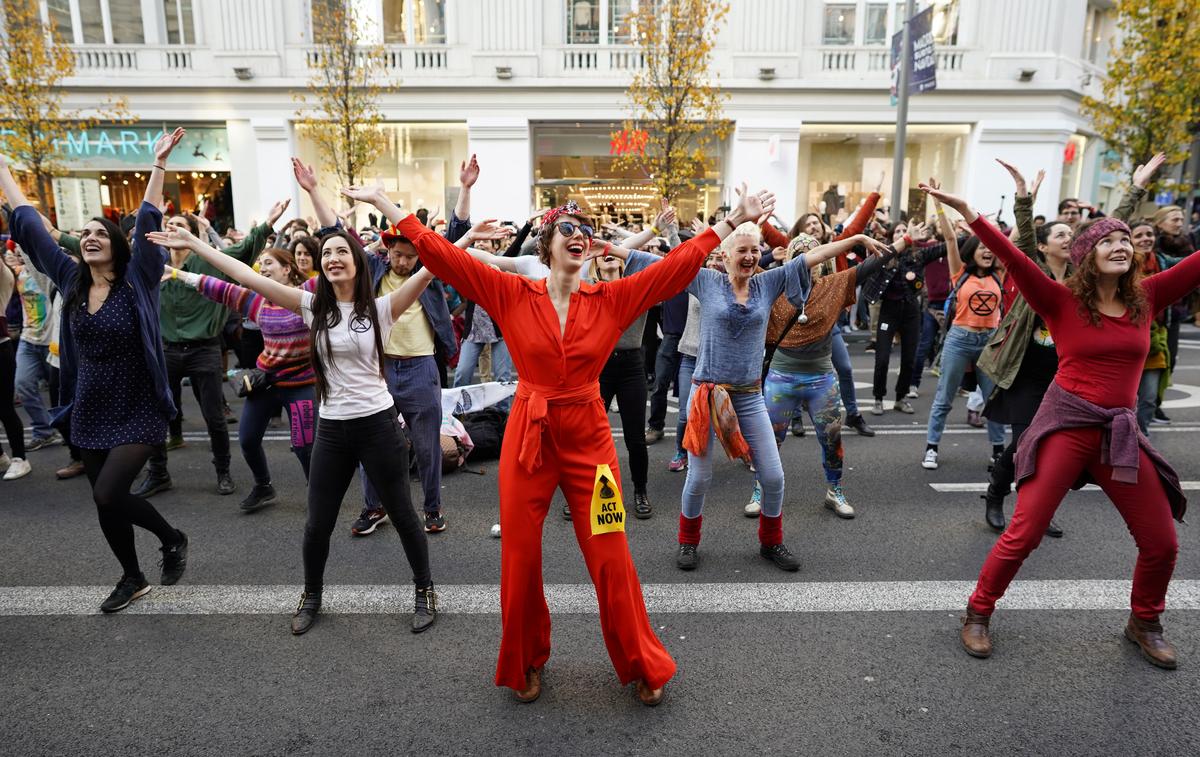 MADRID (Reuters) – Hundreds of people blocked one of Madrid’s most emblematic streets on Saturday by dancing to demand action against climate change in what protesters dubbed civil disco-bedience.

“We’ve tried all the normal safe ways – petitions, marches, writing letters to the politicians, so now all we can do is civil disobedience,” Joan, an Australian who has been living in Madrid for 18 months, told Reuters.

“We’re here on Gran Via in Madrid doing civil disco-bedience,” she added as protesters danced around her.

Despite the cool winter temperatures, some of the demonstrators danced topless along the street.

The protest coincides with Madrid hosting the annual U.N. climate summit, which opened last Monday with a call from U.N. chief Antonio Guterres not to be the “generation … that fiddled while the planet burned”.

By the meeting’s close on Dec. 13, negotiators hope to resolve remaining disagreements on how to implement an accord struck in Paris in 2015 to avert catastrophic global warming.