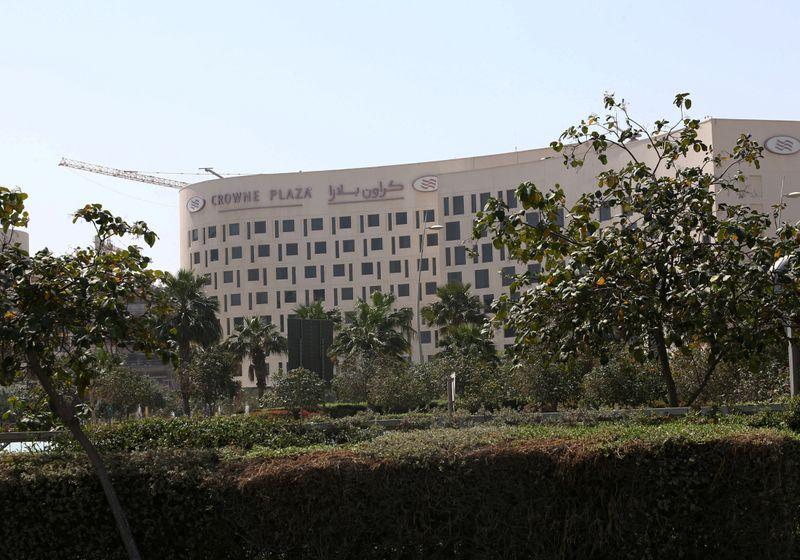 DUBAI (Reuters) – Cycling teams confined to a luxury Abu Dhabi hotel have been instructed by the state’s health authorities to remain in quarantine until March 14 due to coronavirus concerns, several team members said on Wednesday.

Emirati authorities ordered the lockdown of the Crown Plaza in Yas Island and the nearby W hotel after two Italian participants involved in last week’s UAE Tour were suspected of contracting coronavirus.

Members of the French teams Cofidis and Groupama-FDJ as well as Russian outfit Gazprom — including 18 riders — have been confined to the fourth floor of the Crowne Plaza since Thursday.

The health ministry said on Tuesday that six new cases relating to the cycling event had been discovered. They were identified as Russian, Italian, German and Colombian nationals but it was not clear if they had been confined to either of the hotels.

A manager of the French Cofidis team threatened to go on hunger strike on Tuesday if authorities did not allow his team to leave the country.

The W hotel was housing media and other guests attending last week’s tour.

It was unclear if the quarantine decision applies to all the guests confined to the two hotels.

The Emirati government and hotel representatives did not immediately respond to Reuters’ requests for comment.

The UAE, a regional business hub and major transit point for passengers traveling to China and other destinations in Asia, said the number of coronavirus infected cases in the country had risen to 27.