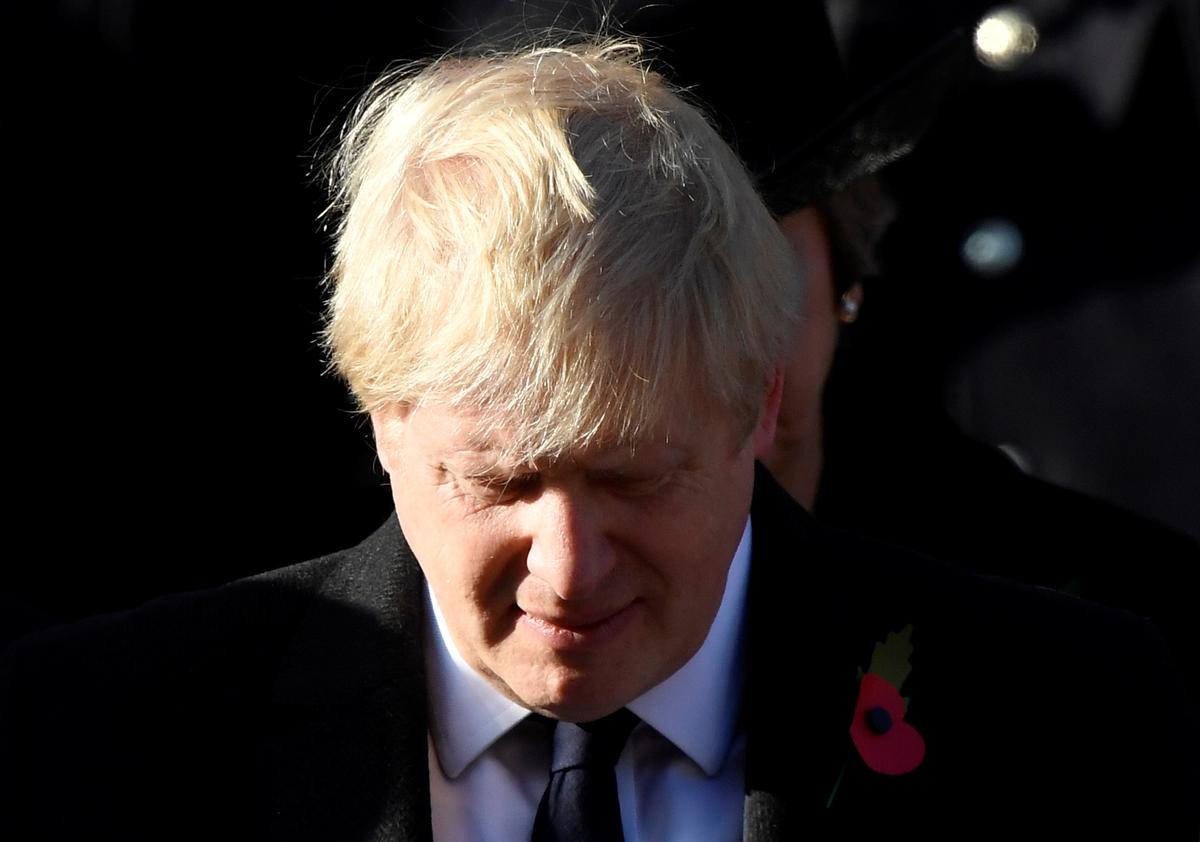 LONDON (Reuters) – The chances of a no-deal Brexit fell in the last month because UK Prime Minister Boris Johnson looks set to win a Dec. 12 election and secure the backing in parliament he needs to get his new Withdrawal Agreement passed, a Reuters poll found.

The median probability of a disorderly Brexit, where no deal is agreed, dropped to 20% in the Nov. 8-12 Reuters poll of economists from 30% in October, the lowest since a poll taken in May soon after the EU granted another delay to Britain’s departure.

“Brexit headwinds have dissipated as the threat of no-deal in October passed and the Brexit deadline was pushed out again. The focus has clearly shifted to the UK election campaign,” said Victoria Clarke, an economist at Investec.

Giving Johnson his biggest boost of the election campaign, Nigel Farage’s Brexit Party on Monday pulled out of contesting 317 seats held by the ruling Conservatives in a bid to prevent opponents of Brexit controlling parliament.

That may help give Johnson a parliamentary majority in the Dec. 12 election and allow him to deliver on the June 2016 referendum result to take Britain out of the European Union.

Johnson’s Conservative Party edged further ahead of the opposition Labour Party during the past week, a public opinion poll by ICM showed on Monday.

A large majority of economists said – as they have in all Reuters polls since the 2016 referendum – that London and Brussels would eventually agree a free trade deal.

The second most likely scenario was again for Britain to remain a member of the European Economic Area, which would mean paying into the EU budget to retain access to the Single Market but having no say over policies.

Third spot was the more extreme option of leaving without a deal and trading under World Trade Organization rules. As in most Reuters polls, last place went to Brexit being cancelled.

Britain’s departure from the EU has been delayed three times, causing huge uncertainty among investors and consumers as there was – and still is – no clear indication as to how, when, or even if the two sides will finally divorce.

Uncertainty is likely to continue even if Johnson wins the election and there is an orderly exit in January as he faces another deadline at the end of 2020 to hammer out a new trade deal with the EU, economists said.

The economy grew at its slowest annual pace in nearly a decade during the three months through September as the global slowdown and Brexit worries hit manufacturing and business investment, official figures showed on Monday.

The economy will barely expand in the fourth quarter, growing just 0.2%, the poll found. Growth is then forecast to accelerate to 0.3%-0.4% per quarter until the middle of 2021.

With a no-deal Brexit less likely, the chances of a recession also fell, the poll found. They were pegged at 25% for a recession in the next 12 months, down from 30% previously, and 30% for one in the next two years, reduced from 35%.

Last week, the Bank of England nudged up its growth forecasts. But two of the Bank’s policymakers voted to cut rates and others could follow if growth remains weak and uncertainty about Britain’s longer-term trade ties with the EU persists.

According to median forecasts, the Bank Rate will sit at its current 0.75% through to the second half of 2021 when the Monetary Policy Committee will add 25 basis points – although more than a handful of economists polled by Reuters have a cut pencilled into their forecasts.

“For now, we think the Bank of England will probably avoid cutting interest rates in the near term although a lot depends on Brexit and whether the jobs market deteriorates further,” said James Smith, developed markets economist at ING.

Britain’s employers cut more jobs from July to September than in any quarter for four years, according to official data, highlighting how the labour market is slowing as the election nears.