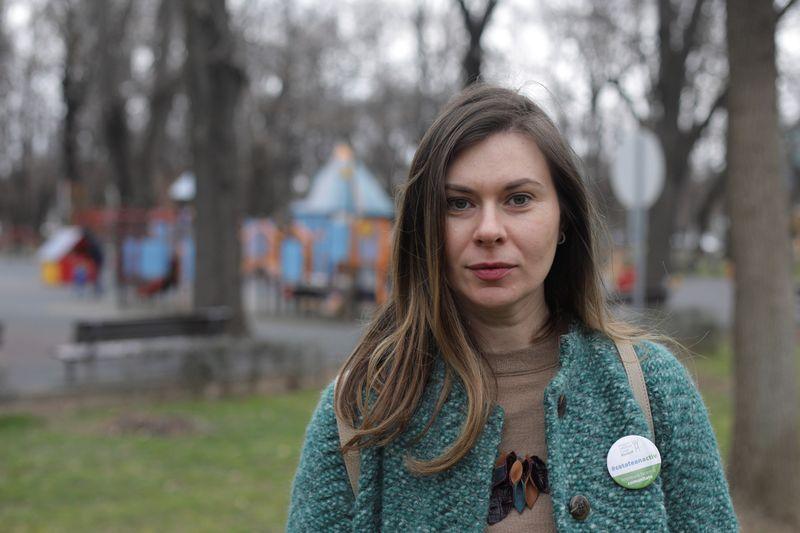 BUCHAREST (Reuters) – An unusually mild winter has exacerbated Bucharest’s chronic pollution problem, prompting residents in the Romanian capital to take matters into their own hands.

This month a civic group of more than 500 Bucharest residents worked with an NGO group to put up a pollution sensor in the city’s Kiseleff Park, which they will use to determine when it is safe for their children to play outside.

Claudia Florescu takes her four-year-old son Toma to the park most days and helped set up the civic group two years ago after he and some of his park playmates started suffering from asthma-like symptoms including shortness of breath and dry coughs.

Flanked by two of Bucharest’s busiest roads, the park is a cauldron of bad air but for Florescu, a 37-year-old psychologist, it is the only outdoor space close to home.

“We realized pollution levels in our neighborhood are sharply above limits,” she told Reuters.

“This is where our children are playing, this is where their childhood is happening and it has made us increasingly concerned, it is the only green space we can use in our neighborhood.”

Cases of respiratory diseases in the capital have tripled over the last five years, according to Bucharest’s Institute for Pneumology.

Two years ago the European Commission referred Romania to the European Court of Justice over high PM10 levels – particles found in dust and smoke – and the court is due to rule on the issue.

Independent air monitoring networks installed by NGOs and private companies have shown fine particle pollution in Bucharest was more than three times above European limits throughout this winter.

Traffic congestion, fossil-fuel heating, construction activity and municipal landfills are the biggest causes and government and city hall inaction to address traffic pollution, in particular, has angered many residents.

Three years ago a previous center-left government scrapped a tax on polluting cars, in what was seen as a populist move. Since then, thousands of imported second-hand cars have appeared on the streets.

With local and parliamentary elections due to be held this year, the current government has no immediate plans to re-introduce the tax. On Tuesday the mayor of Bucharest, Gabriela Firea, also scrapped plans for a tax on car owners in the capital, due to come into force next month, following public opposition.

Eight state pollution sensors installed in Bucharest more than a decade ago are insufficient and the Centre for Sustainable Policies Ecopolis, a local NGO, and other environmental groups said two fail to report data regularly.

“We believe the situation is dire in Bucharest, but even worse is that this information isn’t easily accessible to citizens,” said Oana Neneciu, director of Ecopolis.

“People don’t know what they are breathing.”

In December, Ecopolis launched AerLive.ro, an air monitoring platform for Bucharest. It now has 13 sensors in place around the city, including the one in Kiseleff Park.

Romania’s interim Environment Minister Costel Alexe, appointed four months ago, has said the state network will be upgraded and the ministry will work with Ecopolis and other parallel networks such as Airly and uRADMonitor to integrate their data into a user-friendly system.

“We’re on the same side of the barricade,” deputy environment minister Mircea Fechet told protesters at a march against pollution this month, organized by youth climate activist group Friday for Future Romania. “We want to find the ways to better know the air quality in Romania.”

Residents are not convinced.

“We just want to be able to breathe,” said Madalina Scarlat of Friday for Future Romania. “We will stay on the street until things start changing.”