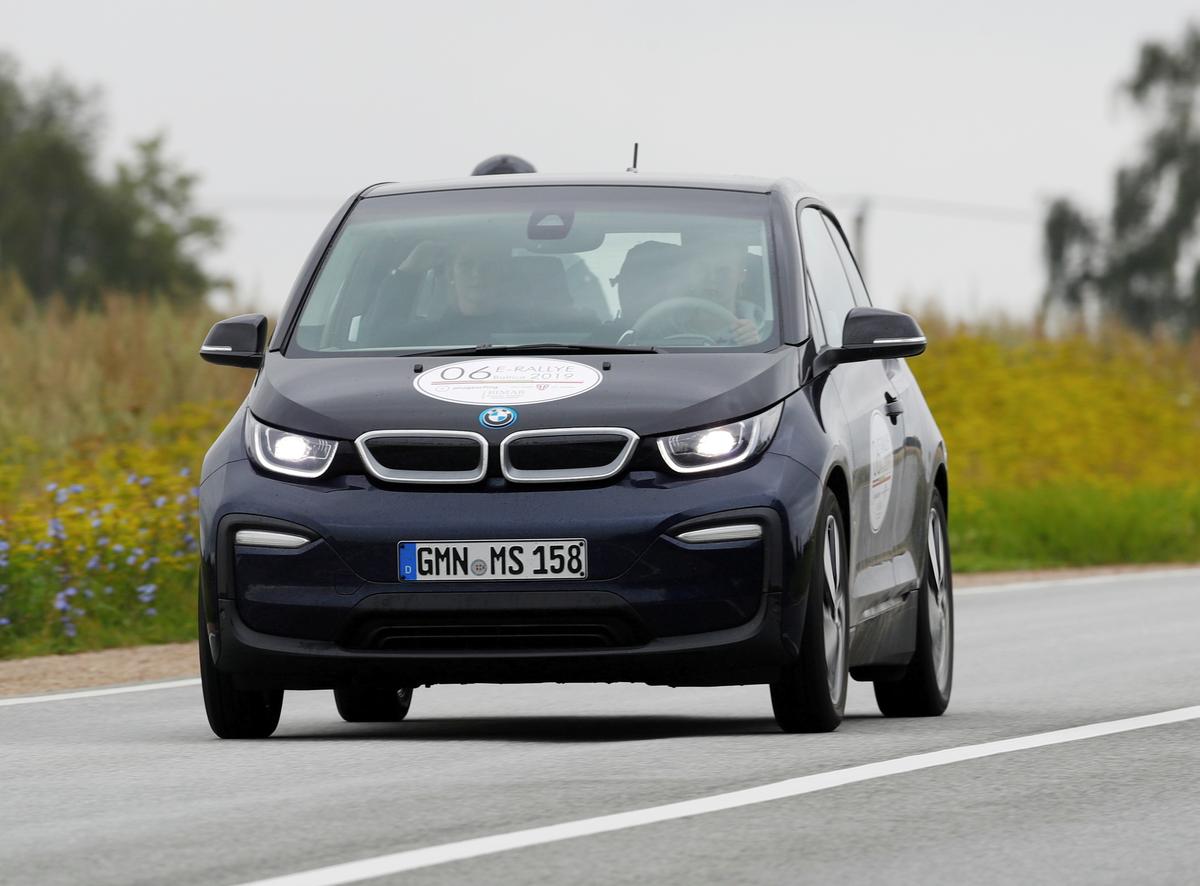 FRANKFURT (Reuters) – New electric models will help BMW and Daimler cut emissions from the cars they sell by an average of 20% this year, the German automakers predicted on Tuesday, as they strive to meet tough new European pollution rules.

In a live-streamed event, following the cancellation of this week’s Geneva motor show due to the coronavirus epidemic, BMW presented the i4 four-door coupe with a driving range of up to 600 kilometers, one of a number of new electric models it hopes will stimulate demand for battery-driven cars.

In a separate webcast, Mercedes-Benz owner Daimler was also bullish about prospects for its growing range of electric cars.

But pollution levels from cars have been rising as customers increasingly chose to buy gas-guzzling sport-utility vehicles (SUV), meaning automakers need to ramp up sales of electric cars if they are to avoid hefty fines from 2021.

They have a mountain to climb. Average fleet emissions for cars in Europe rose for the third year in a row in 2019, with electric vehicles making up only 6% of overall registrations, analysts at JATO Dynamics said on Tuesday.

BMW already has 500,000 electric and hybrid cars on the road and plans to double that number by the end of next year, including through the launch of the i4 and an iX3 SUV as well as an electric version of its Mini.

Sales of battery electric and hybrid vehicles are already up by 43% so far this year, BMW Chief Executive Oliver Zipse said.

“We believe that we can keep the impact on profits under control,” he added, pledging that every car sold would be profitable.

Electric cars are generally more expensive to build than petrol or diesel-powered vehicles. But BMW said it was saving money, including by delaying the development of a next-generation Mini, to free up resources for the electric campaign.

“If a vehicle architecture does not need to be renewed, then we do not do it,” Zipse said, adding the Mini was being renewed constantly by updating the powertrain and infotainment options. Around 7,000 electric Mini’s have been ordered so far, he added.

Daimler, meanwhile, is promoting hybrid cars including a new CLA Shooting Brake, as well as the Mercedes-Benz EQC electric SUV and an electric van, the V-class, as part of its drive to reduce emissions by 20% this year.

“We are within striking distance of meeting the target,” Chief Executive Ola Kaellenius said. Mercedes-Benz plans to build 50,000 EQC vehicles this year.

Kaellenius declined to comment on the profitability of electric vehicles. “We don’t communicate individual margins. Electrification is a headwind,” he said.

Separately, Volkswagen (VOWG_p.DE) announced the launch of the ID4, a fully electric SUV with an operating range of up to 500 kilometers, which will go on sale in Europe, China and the United States, and start production this year.