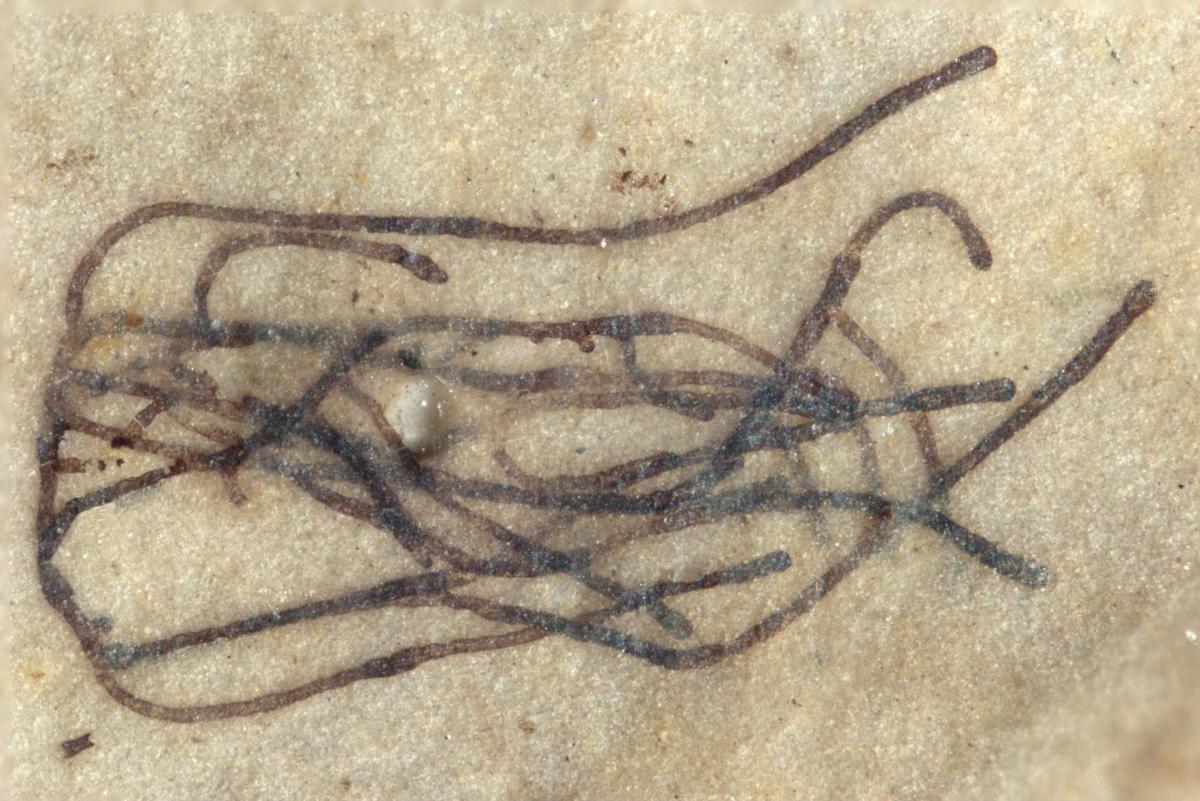 WASHINGTON (Reuters) – Scientists have spotted in rocks from northern China what may be the oldest fossils of a green plant ever found, tiny seaweed that carpeted areas of the seafloor roughly a billion years ago and were part of a primordial revolution among life on Earth.

A green seaweed fossil from China dating back 1 billion years is seen using a microscope in this photograph released by Virgina Tech in Blacksburg, Virginia U.S. February 24, 2020. Virginia Tech/Handout via REUTERS.

Researchers on Monday said the plant, called Proterocladus antiquus, was about the size of a rice grain and boasted numerous thin branches, thriving in shallow water while attached to the seafloor with a root-like structure.

It may seem small, but Proterocladus – a form of green algae – was one of the largest organisms of its time, sharing the seas mainly with bacteria and other microbes. It engaged in photosynthesis, transforming energy from sunlight into chemical energy and producing oxygen.

“Proterocladus antiquus is a close relative of the ancestor of all green plants alive today,” said Qing Tang, a Virginia Tech post-doctoral researcher in paleobiology who detected the fossils in rock dug up in Liaoning Province near the city of Dalian and lead author of the study published in the journal Nature Ecology & Evolution.

Earth’s biosphere depends heavily on plants for food and oxygen. The first land plants, thought to be descendents of green seaweeds, appeared about 450 million years ago.

There was an evolutionary shift on Earth perhaps 2 billion years ago from simple bacteria-like cells to the first members of a group called eukaryotes that spans fungi, plants and animals. The first plants were single-celled organisms. The transition to multicellular plants like Proterocladus was a pivotal development that paved the way for the riot of plants that have inhabited the world, from ferns to sequoias to the Venus flytrap.

Proterocladus is 200 million years older than the previous earliest-known green seaweed. One of its modern relatives is a type of edible seaweed called sea lettuce.

Plants were not the first to practice photosynthesis. They had an ancestor that apparently acquired the photosynthesis cellular apparatus from a type of bacteria called cyanobacteria.

This ancestor of all green plants gave rise to two major branches, one of them includes some aquatic plants and all land plants while the other – the group to which Proterocladus belongs – is made up exclusively of aquatic plants.