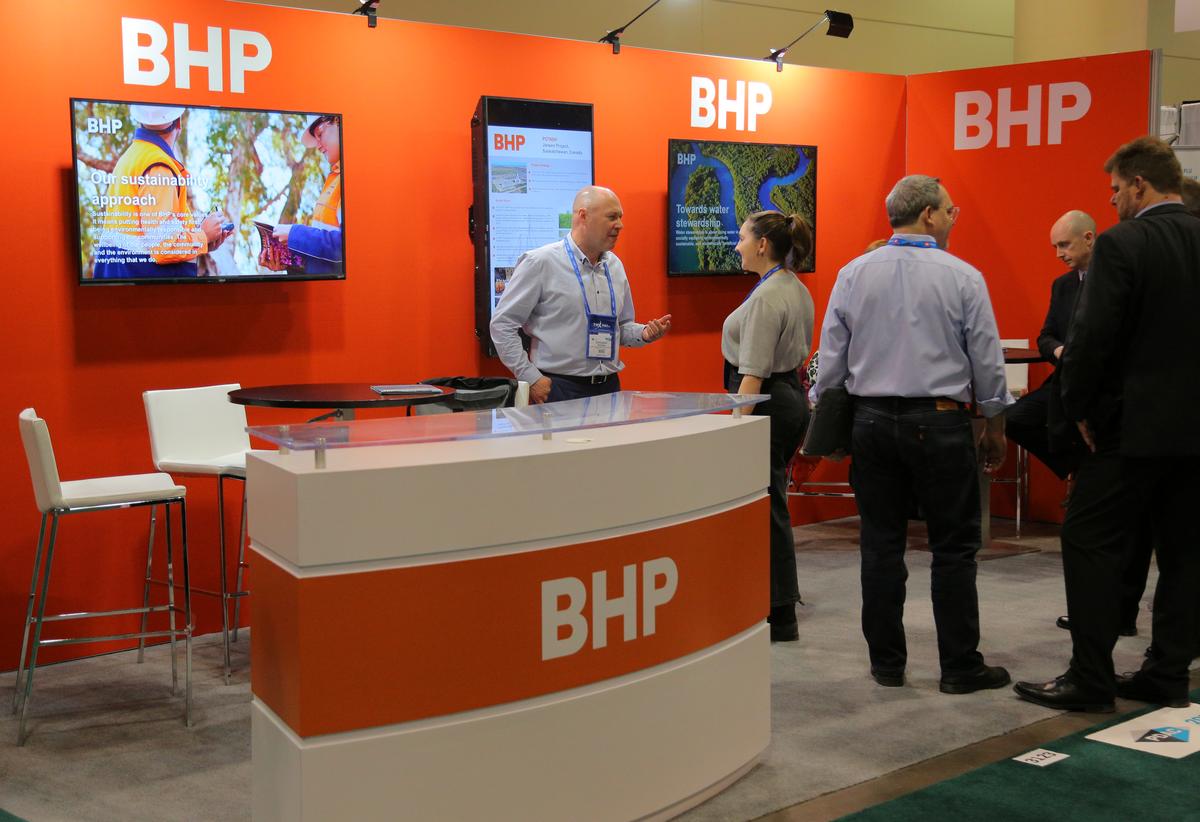 LONDON (Reuters) – BHP shareholders are poised to reject a motion urging the world’s biggest listed miner to suspend membership of some industry bodies judged to be at odds with goals to tackle climate change, initial voting in London suggested on Thursday.

One of BHP’s biggest shareholders, Aberdeen Standard Investments, part of Standard Life Aberdeen, last week spoke out in favor of the resolution, saying lobby groups can be a major obstacle to positive change.

But at the London annual general meeting, which represents 42% of shareholders, only 22.16% of votes supported the motion to suspend membership of trade associations that are not lobbying in line with the Paris Climate Agreement.

The ballot will be followed by another vote on Nov. 7, representing the remaining 58%, in Australia, where there is strong support for coal as a provider of jobs and wealth.

Adam Matthews, director of ethics and engagement for the Church of England Pensions Board, which supported the resolution, said it had the backing of investors with more than $10 trillion of assets under management.

“It is essential that lobbying be used as a constructive force and not one designed to delay, divert and disrupt the long-term interests of the company and its shareholders,” Matthews said.

BHP executives say they use membership of industry bodies to push for positive change.

But non-governmental organization the Australasian Centre for Corporate Responsibility (ACCR) urged BHP to reconsider its position ahead of the Australian vote.

“History will not look kindly upon those who — in 2019 — choose to side with climate wreckers,” ACCR Executive Director Brynn O’Brien said in a statement.

BHP has pledged to invest $400 million over five years to reduce emissions and to tackle the huge amount of pollution caused when customers use its products, notably coking coal and iron ore to make steel.

It says steel and other minerals it produces are essential to the roll out of cleaner technology and justifies its continued investment in fossil fuel on the grounds transition has to be gradual.

CEO Andrew Mackenzie said industry projections showed “continued use and growth in the use of oil and coal well into the 2030s”.

“You can’t suddenly lurch from running a fossil fuel world to a world that’s fully based on renewables without causing incredible disruption both to the reliability of energy and its cost,” he said.