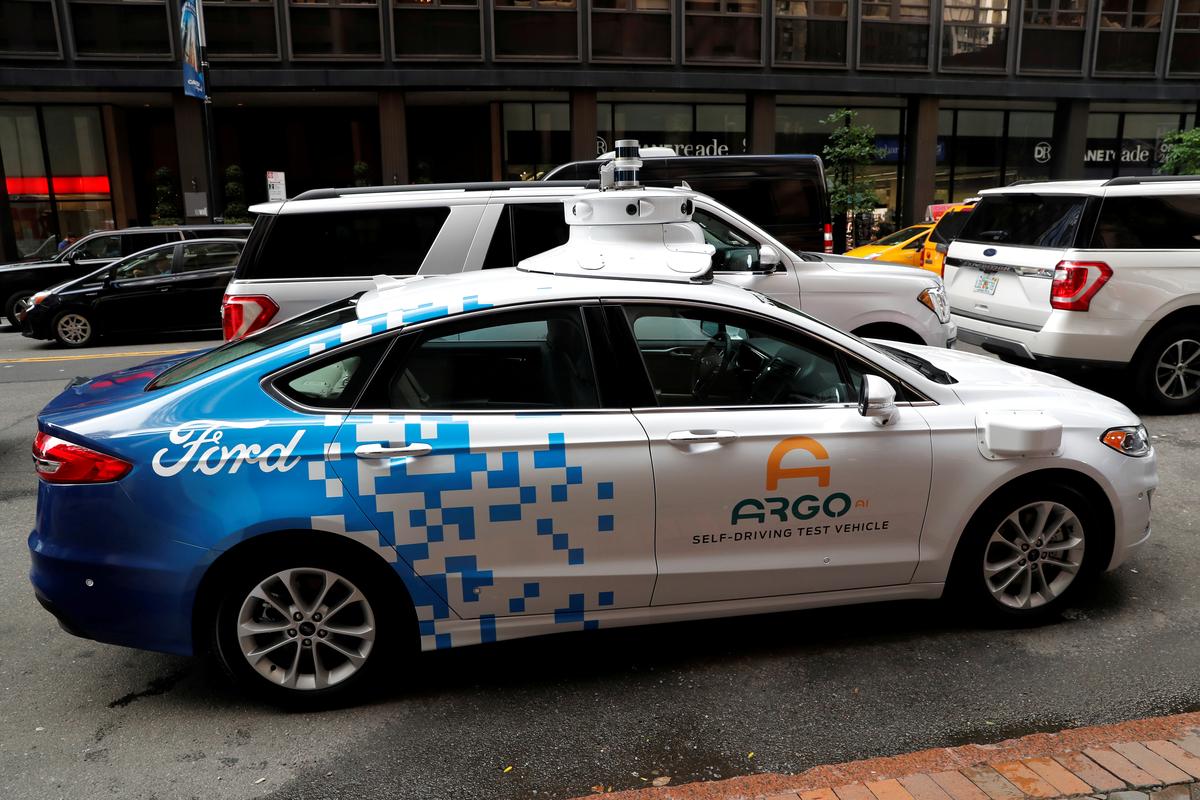 PITTSBURGH/DETROIT (Reuters) – Sky’s the limit optimism about self-driving cars is giving way to tougher questions about how expensive automotive artificial intelligence will ever make a profit.

Those are questions the founders of Argo AI – and automaker partners Ford Motor Co and Volkswagen AG (VOWG_p.DE) – are betting they can answer by taking a different road than more highly valued rivals. They are steering away from building a robotaxi fleet and focusing instead on getting paid by the mile by customers that will use robot vehicles for multiple purposes, including delivering goods or transporting groups of people in vans.

The self-driving systems developer led by Bryan Salesky, who got his start developing automated vehicles for a Defense Department sponsored competition 12 years ago, is at the center of a multibillion-dollar bet by its auto giant partners that autonomous vehicle technology must be good for more than replacing taxi drivers.

“I hate the word robotaxi,” Salesky said in a rare interview at Argo’s Pittsburgh headquarters. “There are so many applications and businesses to be built, and (try to) understand which ones are more profitable than others.”

The Argo business plan hinges on a unique revenue-sharing deal that will pay Argo fees based on miles traveled in self-driving Ford and VW vehicles equipped with Argo’s technology. Details of that arrangement have not previously been reported.

Argo’s financial structure is also different from rival autonomous vehicle ventures. Ford and VW each own just under 40%, with Argo’s management team holding just over 20%, according to sources familiar with the business. Details of the ownership structure also have not previously been reported.

Among the prospective commercial applications of Argo’s technology: Long-haul trucking, e-commerce deliveries, the transport of people along fixed routes in cities, and off-highway applications such as mining.

Founded in Pittsburgh in late 2016 by Michigan natives Salesky and Chief Operating Officer Peter Rander, Argo is headquartered in a nondescript building in The Strip, an old warehouse and market district overlooking the Allegheny River.

Argo’s plan is to provide automated driving systems that Ford will launch in late 2021 in three U.S. cities, likely using a compact shuttle based on the redesigned Ford Transit Connect.

VW executives revealed to Reuters they expect to follow in 2022 or 2023 with a VW-designed all-electric vehicle, which could be deployed initially in the German automaker’s Moia ride services business.

Ford executive Jim Farley said at a Detroit conference in November the No. 2 U.S. automaker was exploring applications for Argo’s technology “that could make more sense than robotaxis,” including automated materials deliveries to trades people via a subscription service.

In addition to deploying Argo-outfitted vehicles in its own ride services fleet, VW has received interest from other ride hailing and transportation companies in buying VW vehicles equipped with Argo’s system, said Thomas Sedran, head of VW Commercial Vehicles and the automaker’s autonomous vehicles initiative.

That could be another way for Argo and its partners to make money as the technology finds its way into more vehicles and the number of miles traveled multiplies.

“The details, the concrete conditions, how many cents per mile are we talking about or what’s the share of revenue? That’s still open,” Sedran said. “At this stage, we are still working on making that technology generate revenue.”

Salesky said Argo’s self-driving technology can be adapted to a variety of vehicle types, sizes and applications: “This is going to be a multi-stage thing where there are going to be a number of different platforms and potentially different businesses.”

Some rivals are not convinced Argo has any advantage.

“We didn’t start from scratch,” said Glen De Vos, chief technology officer of Aptiv, which has bolstered its own expertise through acquisitions of self-driving startups nuTonomy and Ottomatika.

De Vos pointed to Aptiv’s partnership with Lyft in testing self-driving vehicles in the latter’s Las Vegas ride hailing network, and said Argo “doesn’t have the component engineering capability that Aptiv has.”

Investors so far have assigned Argo a lower valuation than robotaxi-focussed rivals. Waymo is valued at $105 billion, while Cruise had a valuation of $19 billion at its last funding round.

Salesky said he and Rander are open to bringing other investor-partners into the business: “The more diversity, the better — but it needs to complement the portfolio that we’re already building with Ford and VW.”

“But we know that this is really the early days,” he added. “The ballgame hasn’t really started.”

Reporting by Paul Lienert and Ben Klayman in Detroit; Editing by Tom Brown