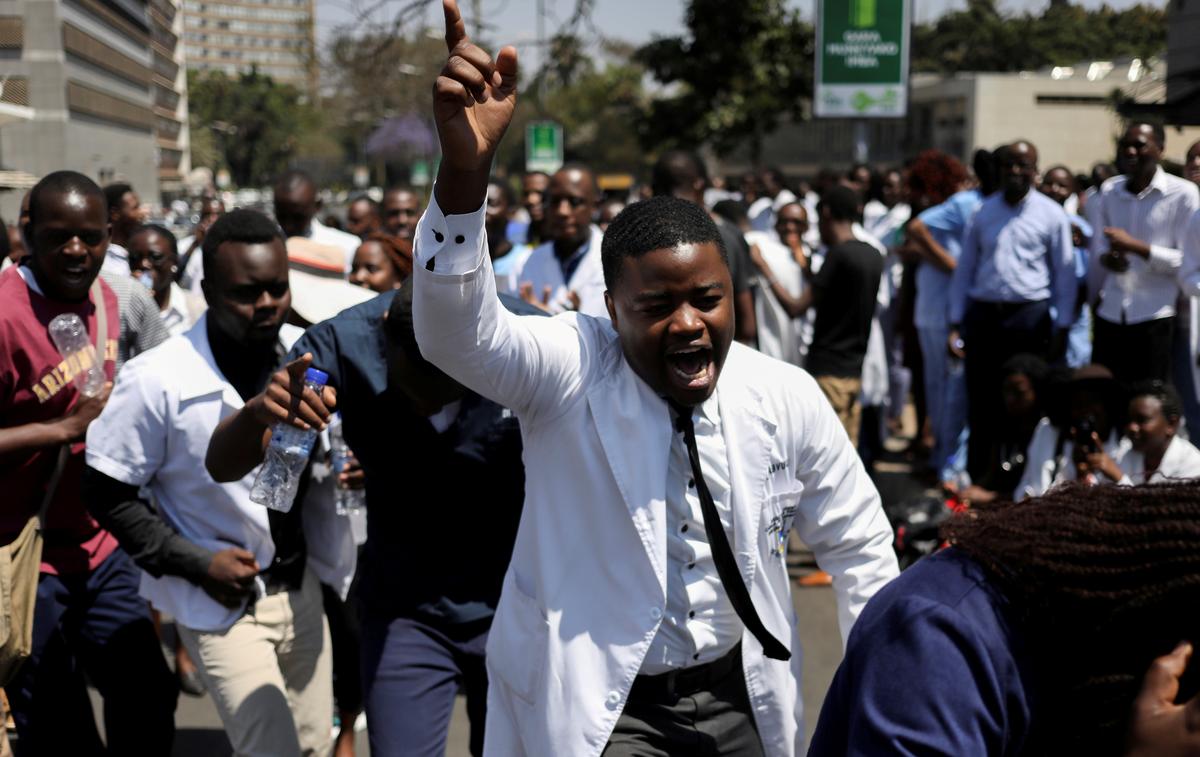 HARARE (Reuters) – Zimbabwe on Friday fired more than 200 public sector doctors who have been on strike for more than two months demanding better pay to protect them from soaring inflation.

FILE PHOTO: Doctors sing and hold placards during a protest over the disappearance of the leader of their union in Harare, Zimbabwe, September 16, 2019. REUTERS/Siphiwe Sibeko/File Photo

The doctors were dismissed after disciplinary hearings held in their absence, as President Emmerson Mnangagwa’s government takes a hard line against a restive labor force.

Other public workers say they cannot go to work because they have no money. Police on Wednesday blocked a handful of public sector workers from marching to government offices with a petition demanding better pay.

Junior and middle level doctors from state hospitals have been on strike since Sept. 3. They want their pay indexed to the U.S. dollar to stop their earnings being eroded by triple-digit inflation.

The doctors defied a court ruling last month that their action was illegal and they should return to work. Patients are being turned away from hospitals because there are no doctors to treat them.

The Health Service Board said in a statement it had conducted hearings for 213 doctors and 211 were found guilty of being absent from work without proper cause. Only two doctors attended the hearings.

The board plans to call in 516 of the government’s 1,601 doctors for disciplinary hearings.

The association has previously accused the government of intimidation.

The government said last month it had doubled doctors’ salaries. They said that was inadequate, as it would only increase their monthly salary to about 2,000 Zimbabwe dollars ($130).

Zimbabweans are bearing the brunt of the worst economic crisis in a decade, with shortages of foreign currency, fuel, power and medicines.

The crisis has been worsened by a drought that has left more than half of the population in need of food aid and forced the government to scramble for scarce dollars to import grain.

Mnangagwa has asked for patience while his government tries to fix the economy. But hope has dimmed that he can end years of economic troubles that were a hallmark of the rule of the late Robert Mugabe, who was ousted in an army coup two years ago.