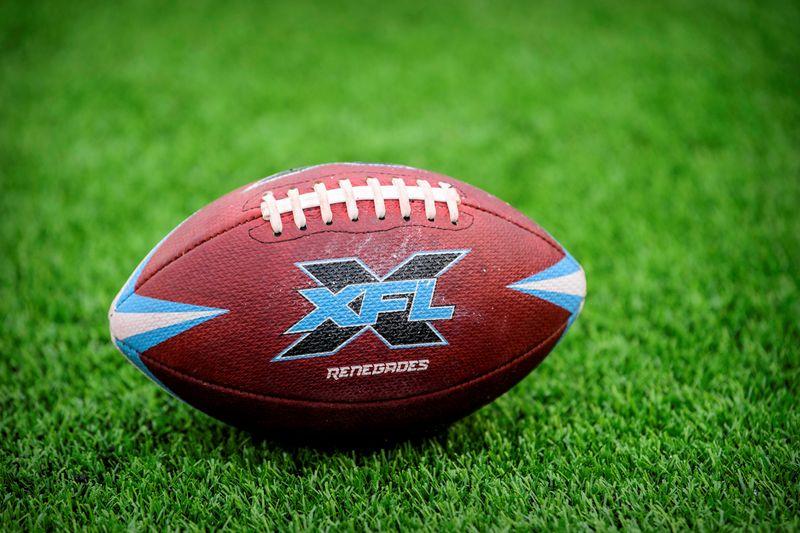 FILE PHOTO: Feb 9, 2020; Arlington, Texas, USA; A view of an XFL football on the field before the game between the Dallas Renegades and the St. Louis Battlehawks at Globe Life Park. Mandatory Credit: Jerome Miron-USA TODAY Sports/File Photo

(Reuters) – The rebooted XFL told staff on Friday it was suspending operations and laying off most employees after failing to finish its first season because of the COVID-19 pandemic, local media reports said.

NBC Sports Profootballtalk reported that league president Jeffrey Pollack read a statement to employees on a 10-minute conference call informing them the league was shutting down with no mention of plans, if any, for next season.

The eight team league began play a week after the Super Bowl on Feb. 8 and cancelled the season after five games in the wake of the coronavirus outbreak that has halted North American sport.

The brainchild of Vince McMahon, the XFL 2.0 was the second attempt by the World Wrestling Entertainment (WWE) impresario to provide an NFL alternative to football fans, the first folding in 2001 after one season.

Backed by a television deal with FOX, ESPN and ABC, the XFL opened with solid ratings but they declined steadily each week until the coronavirus brought a premature end to the campaign.

Reporting by Steve Keating in Toronto. Editing by Christian Radnedge