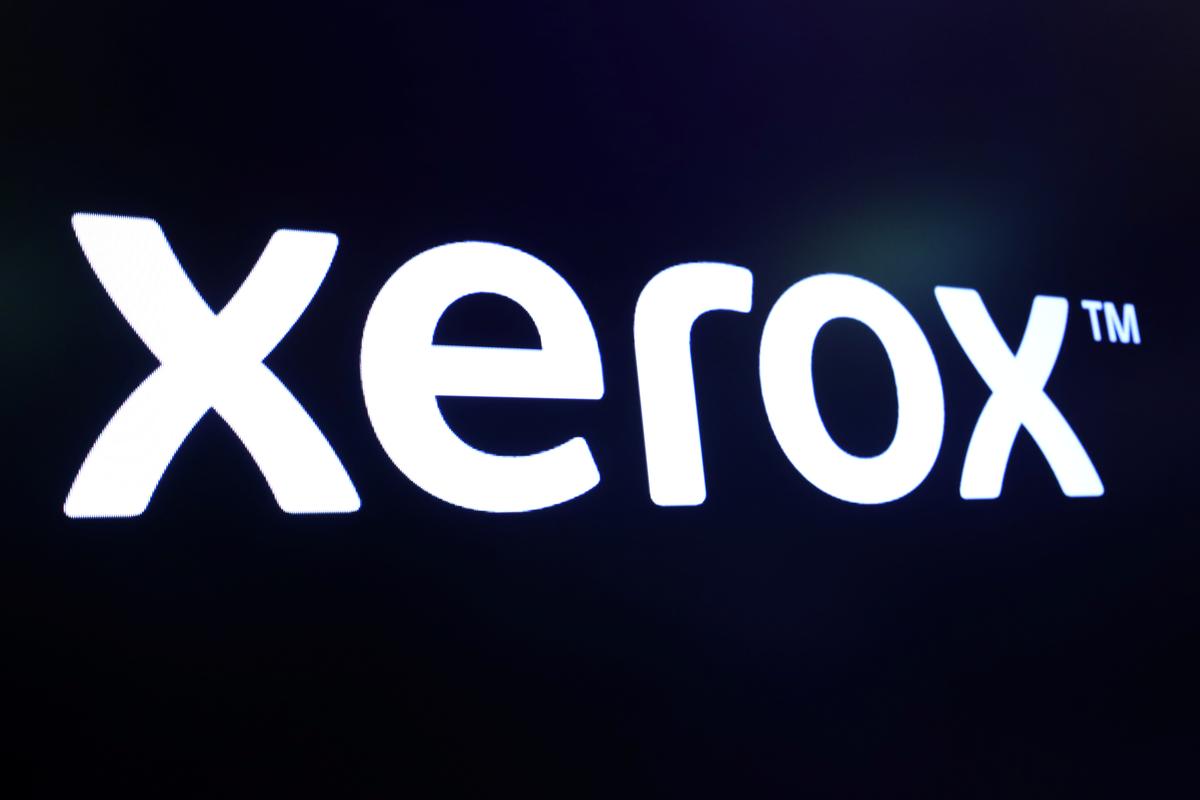 (Reuters) – Xerox Corp (XRX.N) on Thursday threatened to take its $33.5 billion buyout bid for HP Inc (HPQ.N) hostile, if the personal computer maker did not agree to a “friendly” discussion and open its books before Nov. 25.

FILE PHOTO: The company logo for Xerox is displayed on a screen on the floor of the New York Stock Exchange (NYSE) in New York, U.S., March 11, 2019. REUTERS/Brendan McDermid

HP on Sunday rejected Xerox’s offer of $22 per share, saying it undervalued the company, and that it was open to exploring its own bid for the U.S. printer maker.

“We are confused by this reasoning in that your own financial adviser, Goldman Sachs & Co, set a $14 price target with a ‘sell’ rating for HP’s stock after you announced your restructuring plan,” Xerox wrote in its letter to HP.

The median price target on HP stock by 15 analysts is $20.

HP did not respond to Reuters’ request for comment.

“Unless you and we agree on mutual confirmatory due diligence to support a friendly combination by Nov. 25, Xerox will take its compelling case to create superior value for our respective shareholders directly to your shareholders,” the company said in the letter.

HP said on Sunday that, under Xerox’s proposed terms, the combined company would be saddled with “outsized debt”.

However, HP left the door open for a deal that would involve it becoming the acquirer of Xerox, and said it can evaluate the merits by accessing diligence information on Xerox.

Xerox on Thursday said it has accepted HP’s request for due diligence, but that HP had refused to open its books to Xerox.

“Any friendly process for a combination of this type requires mutual diligence – your proposal for one-way diligence is an unnecessary delay tactic,” Xerox wrote.

Many analysts have said there is merit in the companies combining to better cope with a stagnating printing market, but some cited challenges to integration, given their different offerings and pricing models.

“Xerox’s move could force HP to propose a higher acquisition price that would benefit HP shareholders, or potentially turn the tables and have HP look to acquire Xerox,” Morningstar analyst Mark Cash said.

Activist investor Carl Icahn, who took over Xerox’s board last year with fellow businessman Darwin Deason, told the Wall Street Journal last week that he was not set on a particular structure for a deal with HP, as long as a combination is achieved. Icahn has a 4% stake in HP.

Xerox made the offer to HP, a company more than three times its size, on Nov. 5, after it resolved a dispute with its joint venture partner Fujifilm Holdings Corp (4901.T) that represented billions of dollars in potential liabilities.

Prepare to study in Canada
Study permit: Who can apply
Here Are The Top 15 Jobs In Canada For 2023
Express Entry Now Allows Estheticians To Immigrate To Canada
Canada Governments Urged To Encourage Immigration To Smaller Communities
Alberta To Give PNP Preference To Immigrants With Family In Province
British Columbia PNP Draws: Province Issues At Least 273 Canada Immigration Invitations