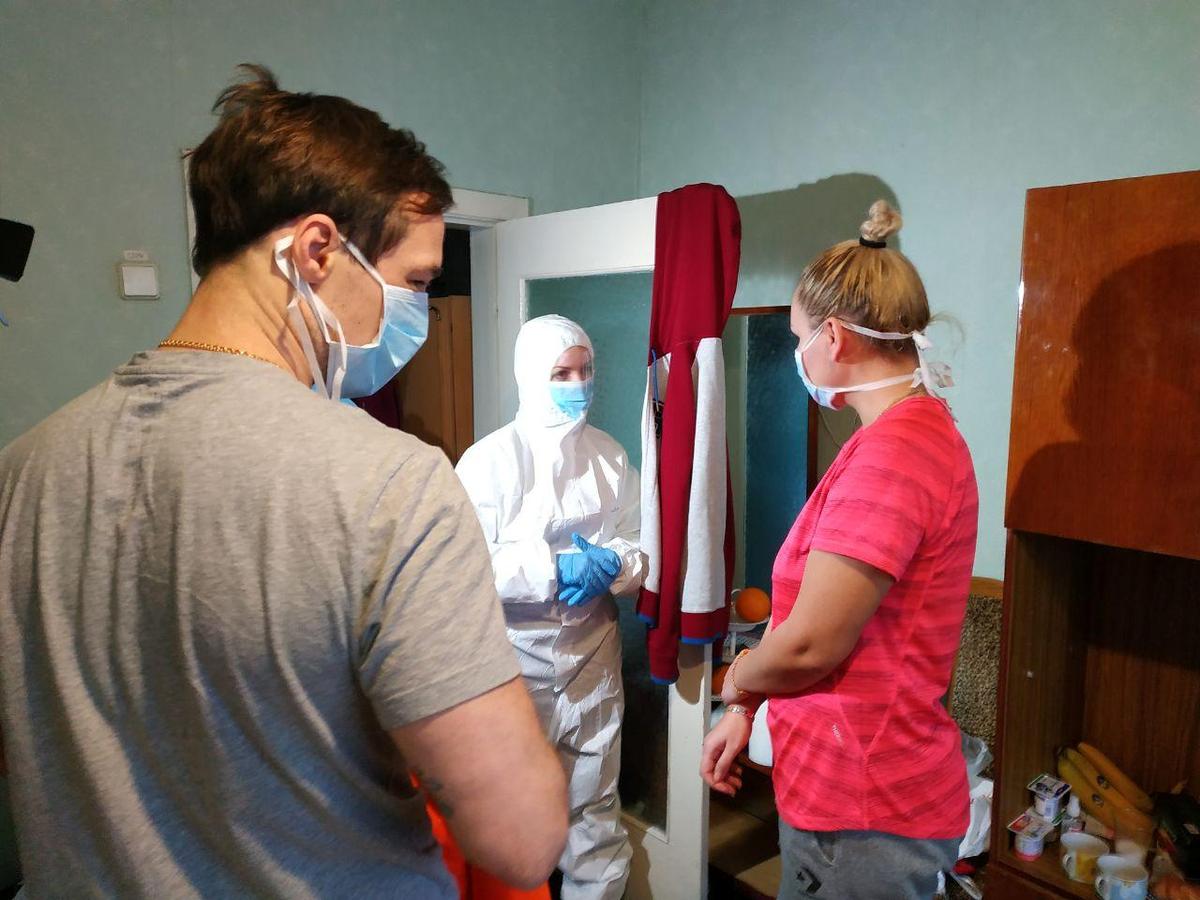 KIEV (Reuters) – When Ukraine Health Minister Zoriana Skaletska felt her messages about the coronavirus epidemic were not cutting through, she decided to join nearly 100 people in a quarantine facility to stop panic from spreading among the general public.

Ukraine’s Health Minister Zoriana Skaletska wears a protective suit and a mask while speaking with evacuees from coronavirus-hit China’s Hubei province at a sanatorium in the village of Novi Sanzhary in Poltava region, Ukraine, in this picture obtained from social media February 24, 2020. FACEBOOK/Ukraine’s Health Minister Zoriana Skaletska via REUTERS

Ukraine has not recorded a single coronavirus case but the arrival last week of a planeload of evacuees from China, none of whom are believed to be infected, sparked violent protests outside the sanatorium where they were housed.

Skaletska moved into the facility for the duration of their two-week quarantine. On Monday, wearing a mask and protective suit, she met the inmates, posting pictures on Facebook with the hashtag #IamnotafraidofthevirusIamwithyou.

Her decision has attracted both praise and criticism from people who called it a publicity stunt. While she did not expect them, Skaletska told Reuters the brickbats did not bother her.

“If I let all this get into my head, I would not have been able to stand working in the ministry from the first week. There are bots, there are people who do not understand, they need somewhere to post their indignation,” she said.

Last Thursday people in the town of Novi Sanzhary, where the sanatorium is located, clashed with police and hurled projectiles at a convoy of buses carrying the arrivals from China.

Despite reassurances from the authorities, the protesters worried they could be infected and wanted the evacuees moved away.

While speaking to Reuters via Skype from the sanatorium, Skaletska got a call from President Volodymyr Zelenskiy on Saturday evening.

“Everything is OK, I am not crying anymore,” she told Zelenskiy, after stress and lack of sleep in the aftermath of the protests had brought her to tears.

Moving to the sanatorium meant Skaletska missing her daughter’s 10th birthday on Friday.

“I called her in the evening, I said, ‘Yaryna, I’m sorry, the state needed help, don’t be jealous,’” Skaletska said. “She replied, ‘I am jealous and, actually, the state will owe me.’”

Prepare to study in Canada
Study permit: Who can apply
Canada Start-Up Visa: What Are The Business Ownership Rules?
Top 10 Cities To Find a Job In Canada In 2022
Saskatchewan Issues 745 Canada Immigration Invitations In New Provincial Draw
OINP Nominated 9,000 Immigrants In 2021, With Most Coming From India And China
Ontario Invites 28 Canada Immigration Candidates In New Entrepreneur Draw