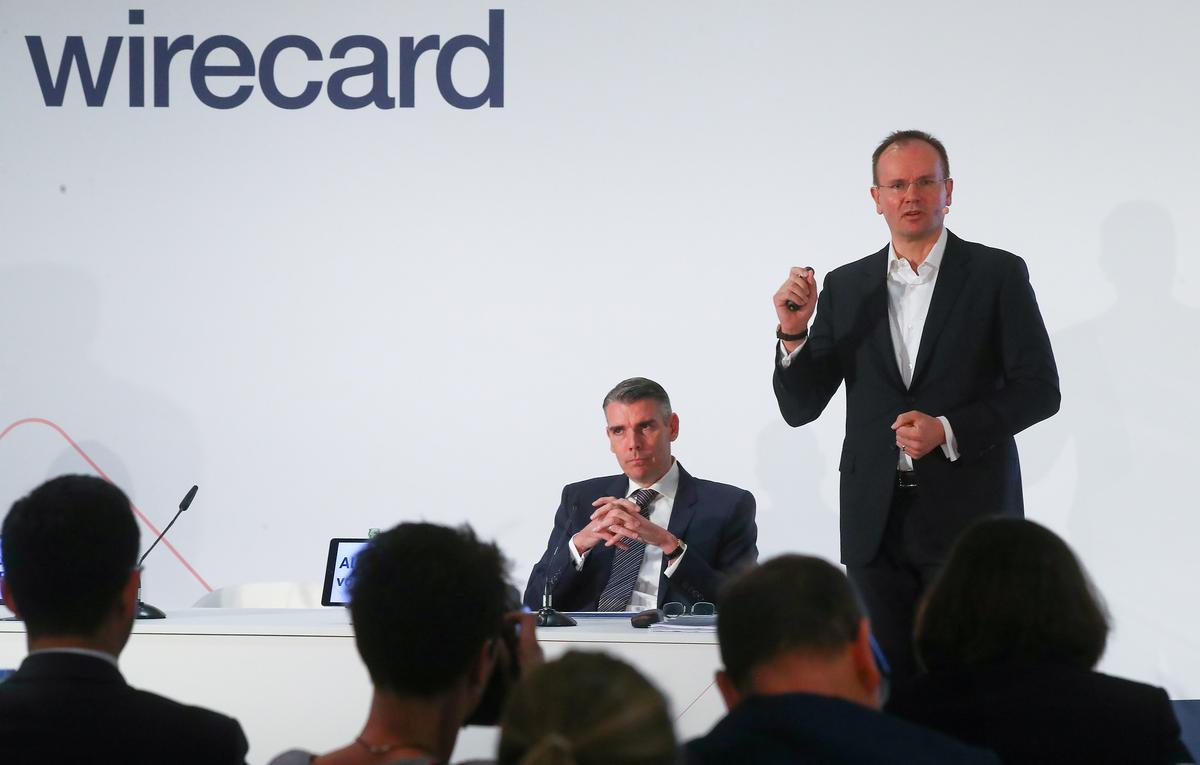 FRANKFURT/BERLIN (Reuters) – German payments company Wirecard has hired KPMG to conduct an independent audit to address allegations by the Financial Times that its finance team had sought to inflate reported sales and profits, it said on Monday.

The company, promoted to the DAX blue-chip index last year, has been the target of a series of investigative reports by FT reporter Dan McCrum, with the latest, on Oct. 15, knocking more than 20% off its share price.

It has rejected the newspaper’s allegations, based on internal spreadsheets and correspondence, that Wirecard’s senior finance team had sought to inflate reported sales and profits at its businesses in Dubai and Ireland.

Monday’s announcement drove the company’s shares up by 8%.

“This is an active strategic step. The allegations are old, we have investigated them and found them to be completely baseless,” CEO Markus Braun told Reuters on Monday.

“The independent examination by KPMG should lay to rest any remaining speculation and give fresh confidence to the market. We intend to present the results as soon as possible.”

Following the FT’s latest reporting, the company has faced growing calls from investors and corporate governance advocates for such an outside audit – both to clear up the matter and show that Wirecard meets the governance standards of a top-tier public company.

“We have complete confidence in the audit procedures performed to date and their results. We assume this renewed independent review will lead to a final end to all further speculation,” Wulf Matthias, Wirecard supervisory board chairman, said in a statement earlier.

The audit will begin immediately, Wirecard said, adding that KPMG would report to the company’s supervisory board and have unrestricted access to information at all levels of the group.

Thomas Eichelmann, chairman of the audit committee of Wirecard’s supervisory board and a former chief financial officer of Deutsche Boerse AG, will support the audit on behalf of Wirecard.

Wirecard has long been a favorite target of short sellers, or speculators who seek to profit from the airing of negative information that drives down a company’s share price.

It has accused the FT and reporter McCrum of colluding with short sellers, as well as suing the newspaper. Financial Times Editor Lionel Barber has said an investigation by an outside law firm found no evidence to support those claims.

In-house auditor EY signed off on Wirecard’s 2018 accounts in April after an earlier FT story alleged fraud and false accounting at the company’s Singapore office.

An investigation by an outside law firm found no evidence of criminal wrongdoing by head office, although Singapore staff may have broken local laws, Wirecard said at the time.