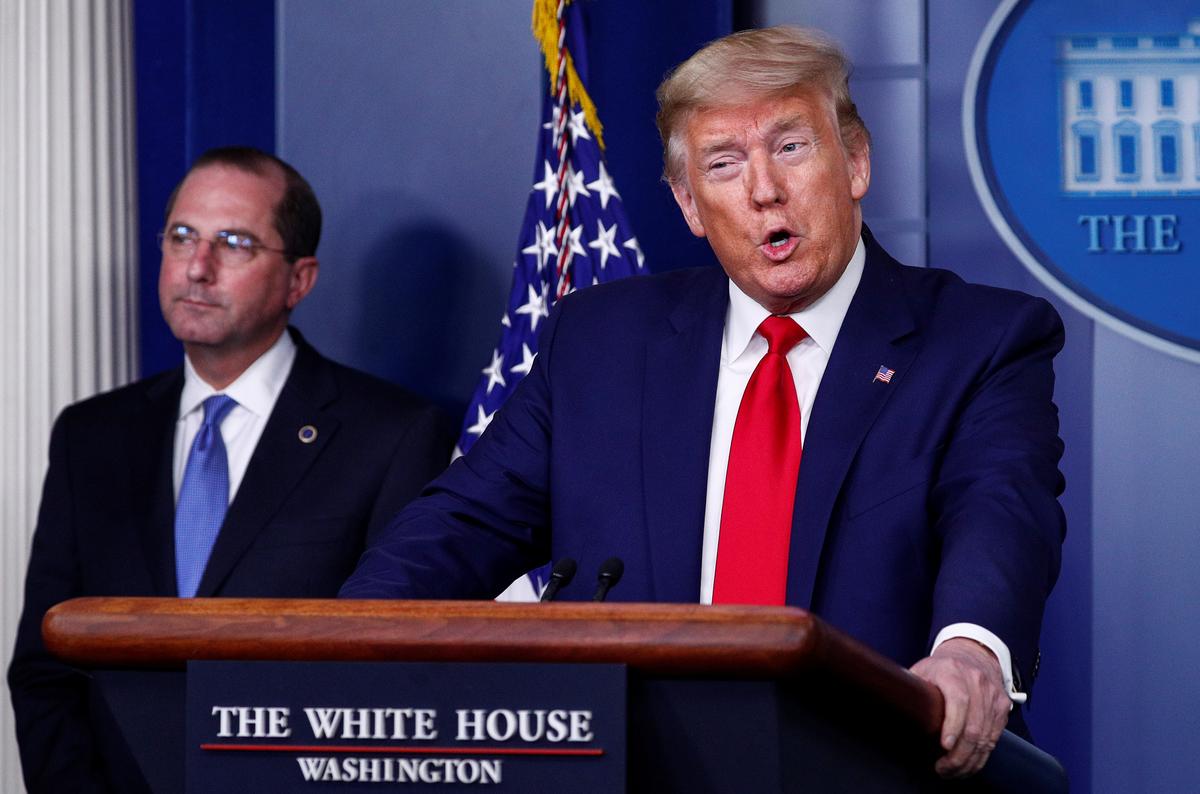 WASHINGTON (Reuters) – President Donald Trump’s administration is considering replacing its secretary of Health and Human Services, Alex Azar, because of early missteps in the handling of the coronavirus pandemic, the Wall Street Journal and Politico reported on Saturday.

The Journal, which cited six people familiar with the discussions, said frustration with Azar was growing but the administration was reluctant to make big changes while the country was seeking to stop the virus, which causes the respiratory disease COVID-19 and has killed more than 53,000 people in the United States.

A White House spokesman told the newspaper that there was no plan to replace Azar and called talk of replacing him “speculation and a distraction.”