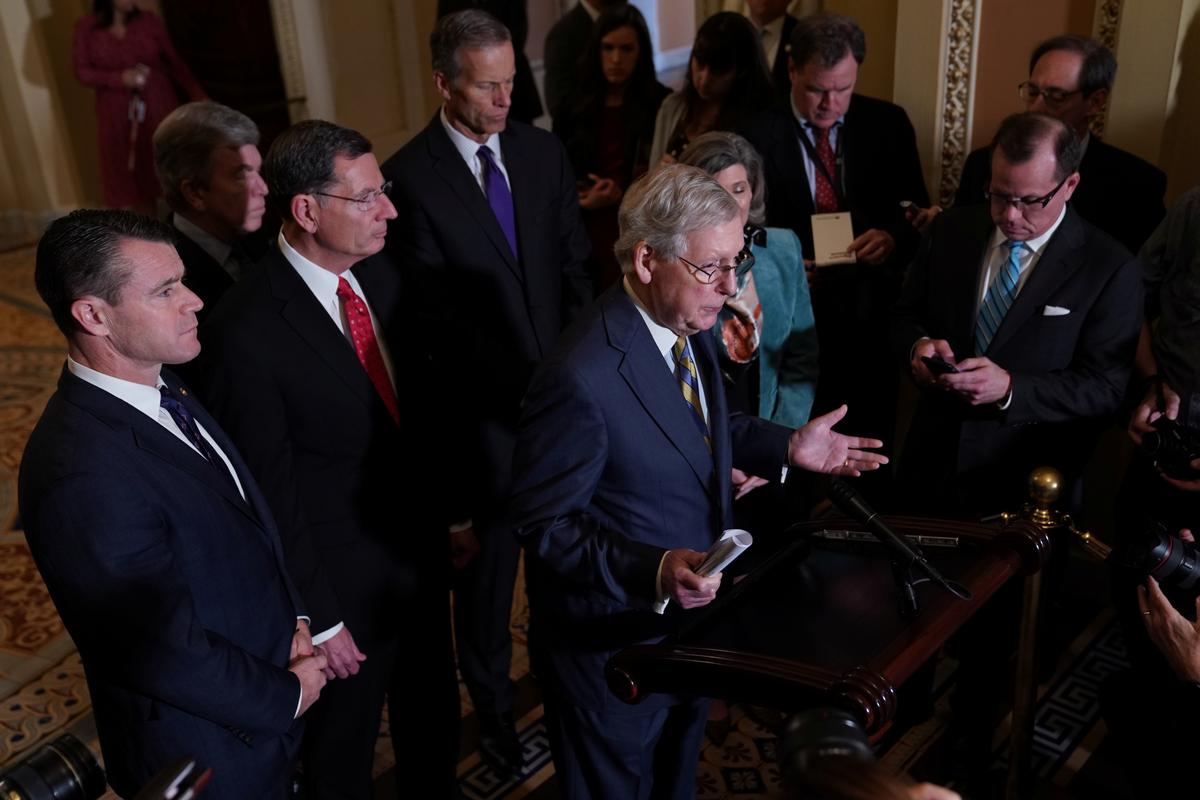 WASHINGTON (Reuters) – A senior White House official testified on Tuesday he was so alarmed by hearing U.S. President Donald Trump ask Ukraine’s president to investigate a political rival, Democrat Joe Biden, that he reported the matter to a White House lawyer.

Army Lieutenant Colonel Alexander Vindman became the first current White House staff member to testify in the Democratic-led House of Representatives inquiry into whether to impeach the Republican president.

The Ukraine specialist gave a closed-door deposition for more than 10 hours as Democrats unveiled legislation calling for public hearings and a public report in the impeachment inquiry to blunt Republican criticism the probe has been conducted with too much secrecy.

While the Democrats met Republican demands for a full House vote on impeachment inquiry procedures, holding public hearings and releasing transcripts taken in secret, senior Republicans rejected the legislation before it was even introduced.

Appearing on Capitol Hill in his military dress uniform, Vindman, a Ukraine-born U.S. citizen and decorated Iraq war combat veteran, became the first person to testify who listened in on the July 25 call at the heart of the Ukraine scandal.

The inquiry has focused on Trump’s request of Ukrainian President Volodymyr Zelenskiy on the call that he investigate Biden, a former vice president, and his son Hunter Biden, who had served on the board of Burisma, a Ukrainian gas company.

Trump also asked Zelenskiy to investigate a debunked conspiracy theory that Ukraine, not Russia, interfered in the 2016 U.S. election.

Trump made his request after withholding $391 million in security aid approved by Congress to help Ukraine fight Russian-backed separatists in eastern Ukraine. Zelenskiy agreed to Trump’s requests. The aid was later provided.

“I was concerned by the call,” Vindman said in his prepared opening statement to the three House committees conducting the inquiry. “I did not think it was proper to demand that a foreign government investigate a U.S. citizen, and I was worried about the implications for the U.S. government’s support of Ukraine.”

“I realized that if Ukraine pursued an investigation into the Bidens and Burisma, it would likely be interpreted as a partisan play which would undoubtedly result in Ukraine losing the bipartisan support it has thus far maintained. This would all undermine U.S. national security,” Vindman added.

Trump has denied any wrongdoing in his dealings with Ukraine and has called the impeachment probe politically motivated.

Vindman’s testimony was some of the most damaging to date for Trump, who faces the possibility of impeachment as he prepares to run for re-election. Biden is a leading contender for the 2020 Democratic presidential nomination to face him.

Vindman, appearing after receiving a subpoena from lawmakers despite the Trump administration policy of not cooperating with the impeachment inquiry, recounted listening in on the call in the White House Situation Room with colleagues from the National Security Council and Vice President Mike Pence’s office.

After the call, Vindman said he reported his concerns to the National Security Council’s lead counsel.

Vindman said earlier in July he had also reported concerns about previous pressure by the administration on Ukraine to carry out politically motivated investigations to the lawyer.

Vindman called into question the truthfulness of earlier testimony by another administration official, U.S. Ambassador to the European Union Gordon Sondland.

At a July 10 meeting in Washington, Vindman said Sondland, a former Trump donor, told visiting Ukrainian officials they needed to “deliver specific investigations in order to secure a meeting with the president.” At that point, Vindman said, then-national security adviser John Bolton cut the meeting short.

According to Vindman’s opening statement, Sondland told other U.S. officials in a debriefing after the meeting that it was important that the Ukrainian investigations center on the 2016 election, the Bidens and Burisma.

“I stated to Amb. Sondland that his statements were inappropriate, that the request to investigate Biden and his son had nothing to do with national security,” Vindman said.

Sondland gave a different account of the July 10 events in his own testimony, saying that “if Ambassador Bolton, Dr. Hill or others harbored any misgivings about the propriety of what we were doing, they never shared those misgivings with me, then or later.”

Before his testimony, some Trump allies, including Fox News host Laura Ingraham, sought to attack Vindman’s integrity and questioned his loyalty to the United States.

Biden, however, described Vindman as a hero, calling attacks on the Army officer’s character and loyalty “despicable.”

“He’s a hell of a patriot,” Biden told MSNBC.

After Vindman’s testimony, the Democratic Intelligence Committee chairman, Representative Adam Schiff, said he was “appalled” by the critical comments. “He deserves better than that scandalous attack,” Schiff told reporters.

Seeking to blunt Republican criticism that the inquiry does not give Trump due process, House Speaker Nancy Pelosi laid out legislation that could be voted on this week setting up a two-stage process for the inquiry.

In the first, the House Intelligence Committee would continue its probe, including via public hearings, with the right to make public transcripts of depositions taken in private.

The intelligence panel would then send a public report on its findings to the House Judiciary Committee, which would conduct its own proceedings and report on “such resolutions, articles of impeachment, or other recommendations as it deems proper.”

A lawyer for Trump would be allowed to participate in proceedings in the Judiciary Committee, which eventually could vote on formal charges against the Republican president. House passage of articles of impeachment would trigger a trial in the Republican-led Senate on whether to remove Trump from office.

At a news conference before the measure was unveiled, House Republican leader Kevin McCarthy said the entire process remained a “sham.”

Referring to closed meetings and depositions held by the House Intelligence, Oversight and Foreign Affairs panels over the past few weeks, McCarthy said: “You can’t put the genie back in the bottle. Due process starts at the beginning.”

“The resolution put forward by Speaker Pelosi confirms that House Democrats’ impeachment has been an illegitimate sham from the start as it lacked any proper authorization by a House vote,” White House spokeswoman Stephanie Grisham said.

Impeachment is much different from a judicial process, however, and is not governed by the same rules. The U.S. Constitution gives the House broad authority to set ground rules for an impeachment inquiry and Democrats say they are following House rules on investigations.