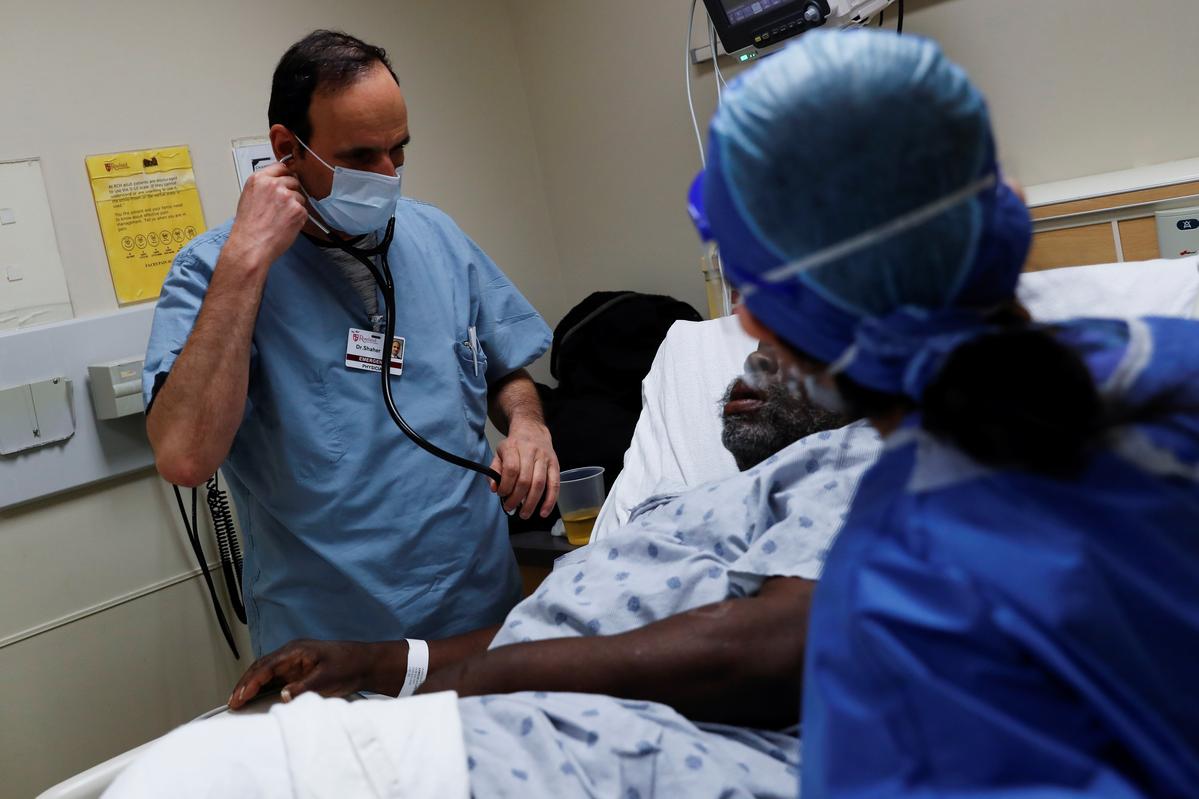 (Reuters) – “What I did not recognize was the severity of illness that would be seen in patients who are older and the rapidity with which this illness would spread through elderly populations.”

FILE PHOTO: A doctor examines a patient being monitored for the coronavirus disease (COVID-19) in the emergency room at Roseland Community Hospital on the South Side of Chicago, Illinois, U.S., April 22, 2020. REUTERS/Shannon Stapleton

As signs indicate the curve of new cases may be starting to flatten, doctors in the United States shared with Reuters what they wish they had known before the coronavirus outbreak began.

Dr. Anju Goel, an internal medicine specialist in California, said that had practitioners understood how severely the respiratory disease COVID-19 would affect the elderly, more could have been done to protect them from exposure and get them early treatment.

Across the country in New York, the epicenter of the U.S. outbreak, Mount Sinai Hospital Emergency Department Director Dr. Jolion McGreevy said doctors had learned that some patients benefited from not being immediately intubated, even if their oxygen levels were low.

Others responded well to changing their position every half an hour, he said.

“The sickest of the sick still need to be intubated and that’s just the way it is. But there’s a larger in-term group that we really didn’t understand.”

Flipping patients onto their front allowed the lungs “to open and expand and give better oxygenation,” agreed Dr. Jennifer Haythe, an internist and critical care cardiologist at Columbia University Medical Center. But she said she believed that ventilators were essential.

“If you want to give them a shot at survival, you put a breathing tube in.”

If hospitals had had better warning, they could have been better prepared with the necessary protective equipment, she added.

“We all wished, for the sake of people, that we had recognized that this was coming earlier … probably could have prevented a lot of the mass amounts of people that came in all at once.”