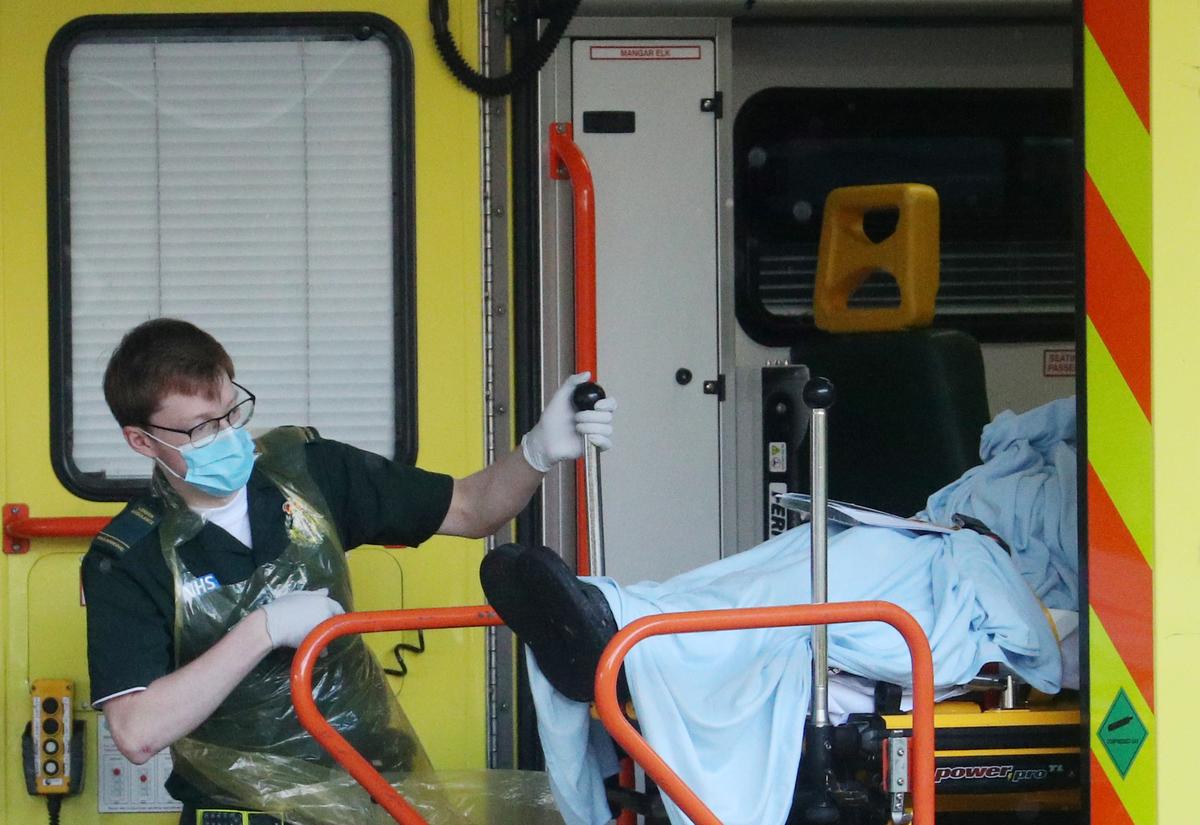 FILE PHOTO: Paramedic’s with a patient at the back of an ambulance at St Thomas’ Hospital as the spread of the coronavirus disease (COVID-19) continues, London, Britain, March 30, 2020. REUTERS/Hannah McKay/File Photo

LONDON (Reuters) – Admissions into British hospitals are not accelerating and are rising by around 1,000 per day, the government’s Chief Scientific Adviser Patrick Vallance said on Monday.

“Roughly 1,000 a day … that’s not an acceleration. It’s quite important, it tells you that actually this is a bit more stable than it has been,” he told a news conference.

“I expect the number of people coming every day to be about that, it may go up a little bit, and then in two or three weeks you would expect that to stabilise and then to start to go down a bit.”