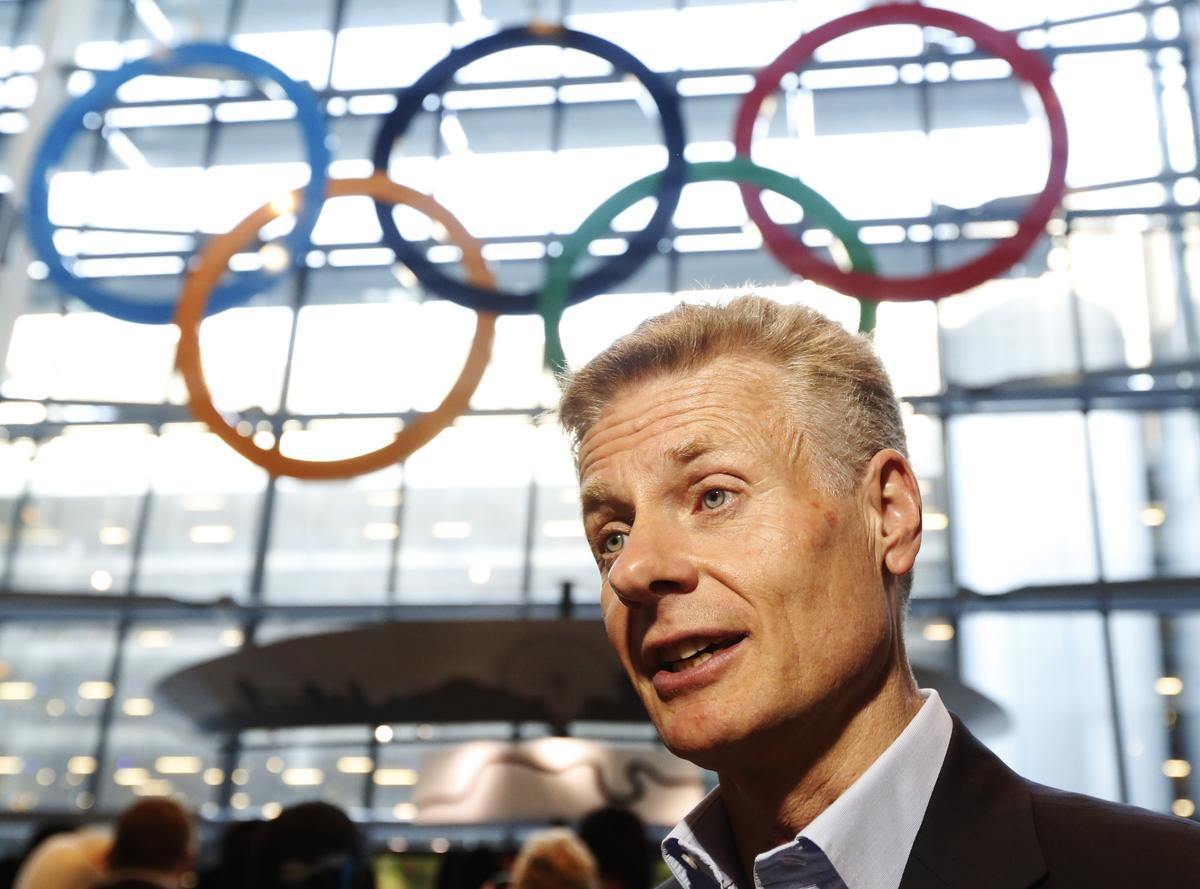 FILE PHOTO: The CEO of the London Organising Committee of the Olympic and Paralympic Games (LOCOG), Paul Deighton, speaks during an interview at an unveiling ceremony for Olympic Rings in the Terminal Five arrivals hall at Heathrow Airport, in preparation for the London 2012 Olympic Games in London June 20, 2012. REUTERS/Luke MacGregor

The government has faced severe criticism from doctors and health workers over shortages of equipment, including masks, visors and gowns, and the suggestion that some items might have to be re-used if supplies run out.

Paul Deighton, who was chief executive of the London Organising Committee of the Olympic and Paralympic Games, was appointed by Health Secretary Matt Hancock on Sunday.

“He will lead a singular and relentless focus on PPE as the country’s top manufacturing priority, with the full weight of the government behind him,” Hancock said.

The government and trade bodies have cited competing international demand for PPE from other nations hit by the global health crisis as the main reason for the shortage. Many items are primarily bought from China.

Deighton’s unpaid role will be to scale up production domestically, where brands like Barbour and Burberry have already switched factory lines from high-end fashion to PPE.