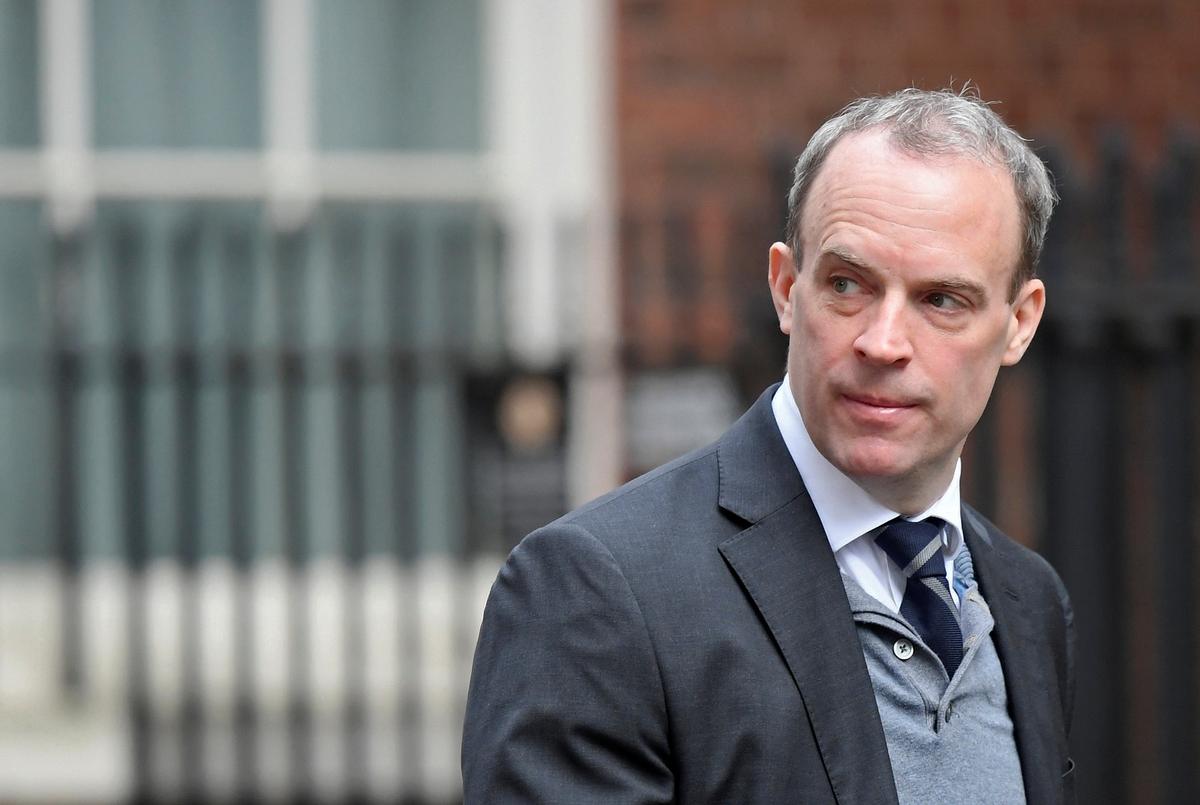 LONDON (Reuters) – Britain’s foreign minister Dominic Raab said the U.S.-led response to the attack on coalition forces in Iraq was “swift, decisive and proportionate” and warned that anyone seeking to harm those forces could expect a strong response.

The United States on Thursday waged a series of precision air strikes against an Iran-backed militia in Iraq that it blamed for a major rocket attack which had killed two American troops and a 26-year-old British soldier a day earlier.

“UK forces are in Iraq with Coalition partners to help the country counter terrorist activity and anyone seeking to harm them can expect a strong response,” Raab said in a statement on Friday.