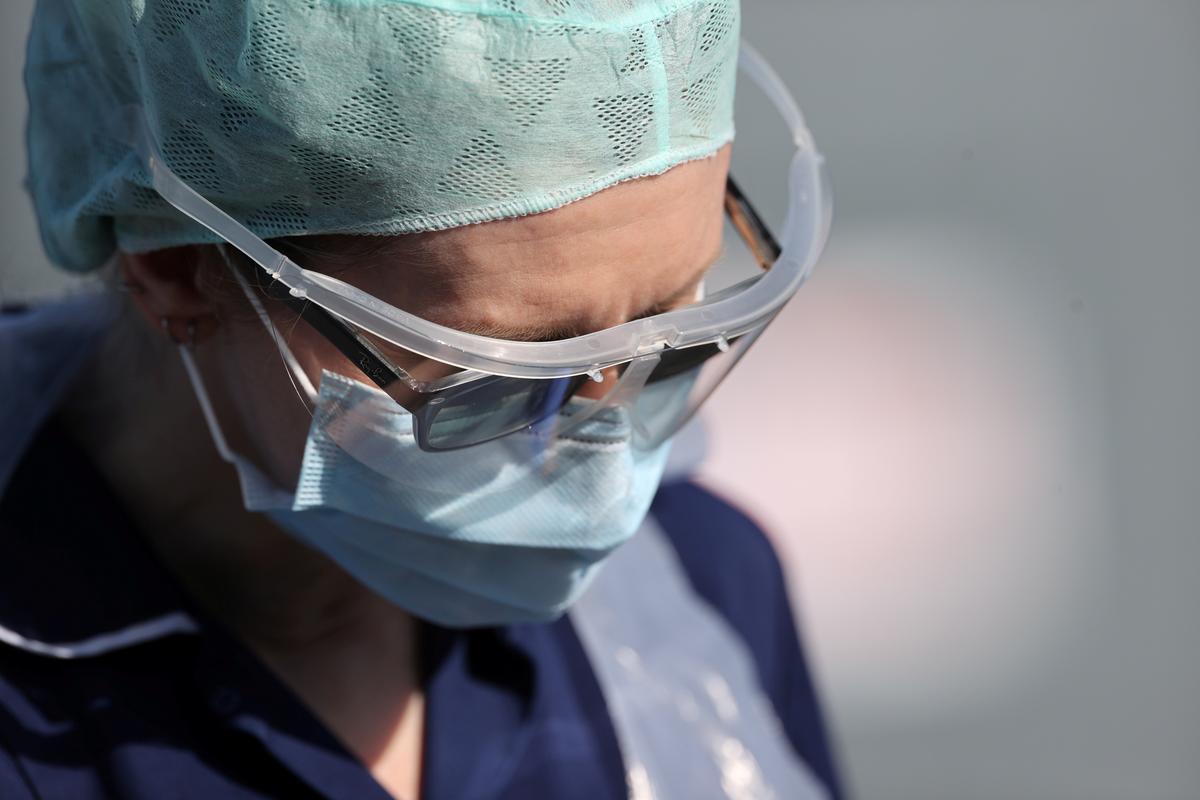 LONDON (Reuters) – Doctors and nurses treating patients with COVID-19 in Britain are putting their lives at risk because of a lack of protective kit for frontline staff, their unions have warned.

The British government has faced repeated criticism from National Health Service (NHS) staff that doctors, nurses and other healthcare workers were facing shortages of masks, gloves and other personal protective equipment (PPE).

Health minister Matt Hancock said on Friday there was enough kit but it needed a “Herculean” logistical effort, backed up by the military, to ensure PPE reaches those on the frontline, with 761 million items delivered so far.

“There’s clearly more to do to make sure every single person who needs it gets the PPE that they need,” Hancock told BBC radio.

The British Medical Association (BMA), which represents doctors, said current supplies in London and Yorkshire, in northern England, were insufficient, and doctors faced a “heart-breaking” decision over whether to treat patients without proper protection and so put themselves at risk.

“It is absurd that the people trained to treat this disease are the ones who are not being appropriately protected – and without them, we face real disaster,” said Dr Chaand Nagpaul, the BMA council chair.

Among the 9,000 people with COVID-19 who have died in British hospitals are 19 NHS workers, including 11 doctors. Hancock said the government was not aware of any link between the deaths and a shortage of equipment.

Nagpaul said: “It’s unclear whether the lack of PPE is directly linked to the recorded deaths of doctors so far, but we know that no healthcare workers have been infected in a hospital in Italy precisely because their PPE supplies are sufficient and of high-quality.”

A BMA survey earlier this month found more than half of doctors had reported a shortage or no supply of face masks.

The Royal College of Nursing (RCN) said the figures on PPE deliveries would only be impressive when nurses no longer reported shortages.

“The calls are still coming through – people are petrified. They have seen colleagues die already,” said Susan Masters of the Director of Nursing, Policy and Practice.

Hancock said PPE needed to be treated as a “precious resource” which should not be used unnecessarily and called on British manufacturers to offer their production lines to help make more.

However, the suggestion that some PPE was being wasted had provoked anger, the RCN said.

Keir Starmer, leader of the opposition Labour Party, said on Twitter: “It is quite frankly insulting to imply frontline staff are wasting PPE.”